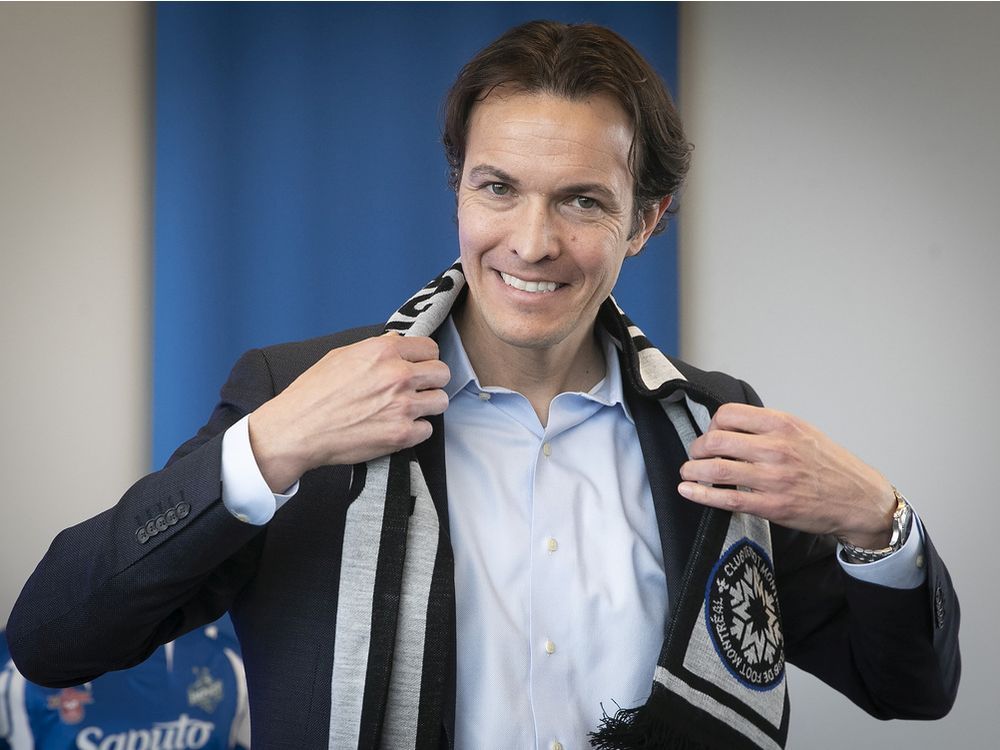 Postmedia may earn an affiliate commission from purchases made through our links on this page.

At age 45 and firmly entrenched as a partner in the Montreal office of Deloitte, CF Montréal owner Joey Saputo likely needed Gabriel Gervais — the club’s new president — more than the former defender required the perceived headache he has inherited.

Gervais, who begins his new job next Monday, assumes control of a franchise winless in four MLS regular-season games — not necessarily his immediate problem — but one that took a public relations hit from the decision more than a year ago to rebrand the franchise, changing the name from Impact while devising a new logo that, quite frankly, looks like a snowflake.

That decision might have ultimately cost Kevin Gilmore — Gervais’s predecessor who resigned last November — his job. Or not, since Saputo admitted Tuesday the CFM name’s here to stay, although the logo will be altered. And the club, Saputo added, can now be referred to as the Impact again; a nickname, much like the Canadiens are called the Habs.

Nonetheless, mistakes were made along the way, Saputo said. Fans have become jaded and the organization’s relevance in the community took a hit.

“The relevance was there. We lost it over the years,” said Saputo, who has remained behind the scenes, rarely addressing the media over his team’s fortunes. “That’s something we need to work on. It didn’t just happen in 2021, or because we changed the name or colours. It’s something that happened prior to that.

This doesn’t mean the wheel must be reinvented. Like any sports franchise, it begins on the field of play. CFM’s in the entertainment business and the club, quite frankly, has largely failed to entertain.

But with the hiring of Gervais, Saputo got it right. It usually never hurts any franchise to rekindle some of its history by hiring a former player. Gervais, a Montreal native, played for the Impact from 2002-08, when the club was largely successful in the USL Division I, winning a championship in 2004 along with regular-season titles the following two seasons. Three times he was named the team’s defender of the year, once its most valuable player.

He sweated for the team and fans can identify with that grit. Gervais won’t be some suit, sitting in his ivory tower. He has lived the experience and likely knows what it takes to return the franchise to a place of prominence in the city — not unlike Larry Smith did, twice, as Alouettes president, although having Anthony Calvillo at quarterback wasn’t a bad way to start.

“The only place that could make me leave (Deloitte) was to come back here,” said Gervais, who had visions of retiring from the professional services firm at age 62. “This is a way to continue my story with the club to which I’m deeply attached.

“I always had the urge to get involved,” he added. “I saw this window to do more. Honestly, I think everything I’ve gained in the last 13 years really prepared me well — and everything I did prior to that — for this role. I think I can contribute a lot.”

Gervais realizes there’s no magic elixir at his disposal. He said it’s about listening and seeing what’s happening in the community, building that attachment while being humble and open. Gervais also knows the sport has never been so popular, thanks mostly to Canada’s national team qualifying for the upcoming FIFA World Cup.

The foundation’s there, although even Gervais admitted the rebranding was handled clumsily. It’s likely no coincidence, seated at the podium at Centre Nutrilait, he was surrounded by two of his former Impact jerseys.

“One thing that perhaps wasn’t communicated well was our story,” he said. “We had the impression, myself included, we were turning our backs on our history. That wasn’t the intention — far from it. Still, I didn’t understand how (the rebranding) was communicated. Myself, from the outside, it was negative comments I heard in relation to the team.”

While Gervais will take risks, he said they’ll be calculated. It’s also imagined he’ll knock on doors and listen while seeking advice. And he should have the business contacts from his years in that environment to augment the organization’s support.

It was obvious how popular this decision was by the number of Gervais’s former teammates in attendance.

“The fact the club goes and gets a president who not only was a former player but is from the area,” said Patrice Bernier. “He has a bit of the DNA of what the club is. Now you feel there’s that connection again. Now people who want to support the club feel they can identify.

And, while Gervais might have been vague disclosing what tricks are up his sleeve, he admitted the challenges are immense; the workload onerous.

“Very humbly. I’m confident my wealth of knowledge and experience can help bring the club to another level,” he said.