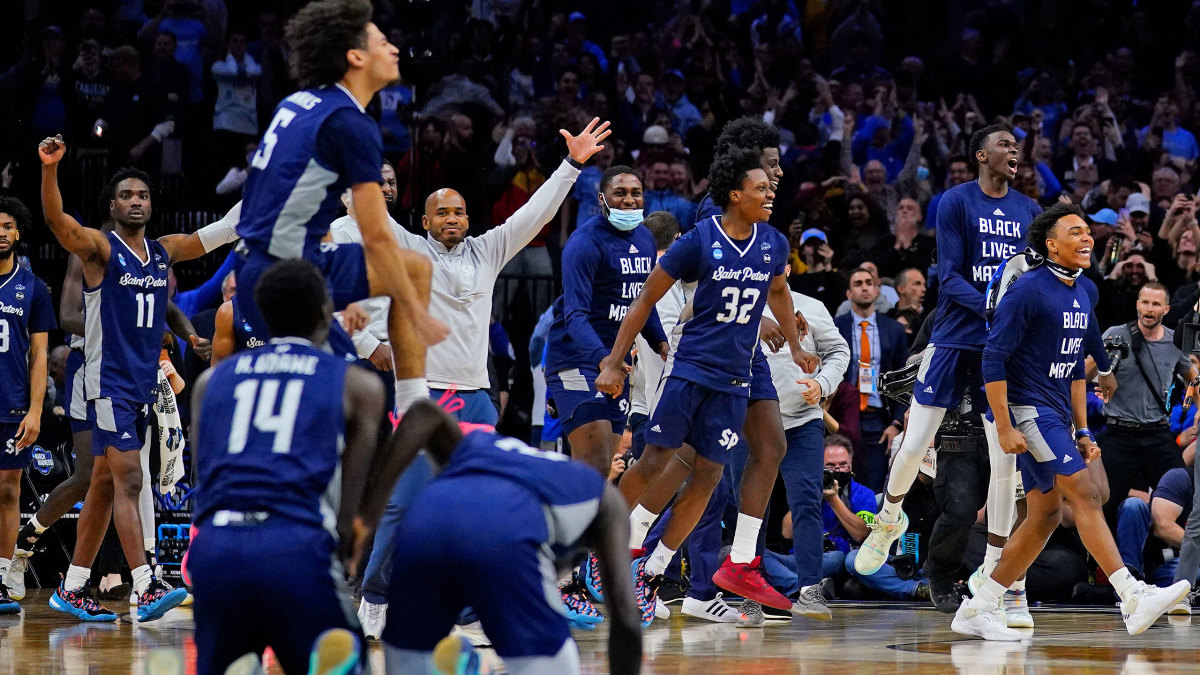 After its historic upset over No. 3 Purdue on Friday night, No. 15 Saint Peter’s will play No. 8 North Carolina on Sunday in the Elite Eight.

The winner will advance to the Final Four.

The Peacocks made history in Friday night’s upset over Purdue, becoming the first No. 15 seed to advance past the Sweet 16. The Peacocks held the Boilermakers to less than 24% shooting from three and forced 15 turnovers en route to pulling off the upset.

Meanwhile, North Carolina stormed past UCLA in the final minutes thanks to sophomore guard Caleb Love, who scored 27 of his game-high 30 points in the second half. Love hit two crucial threes down the stretch to help the Tar Heels pull away from the Bruins.

A Saint Peter’s win on Sunday would send the small Jesuit school from New Jersey to an improbable Final Four. Meanwhile, a North Carolina victory would set up a potential matchup with archrival Duke. A potential meeting between the two schools would be the first-ever occurrence in the NCAA tournament.

The Blue Devils will need to get past the Razorbacks on Saturday first. Arkansas coach Eric Musselman has his squad playing its best basketball of the season at the perfect time.

While there is plenty of great basketball in store for fans the rest of the weekend, all eyes will be on Cinderella on Sunday when Saint Peter’s takes the floor once again.