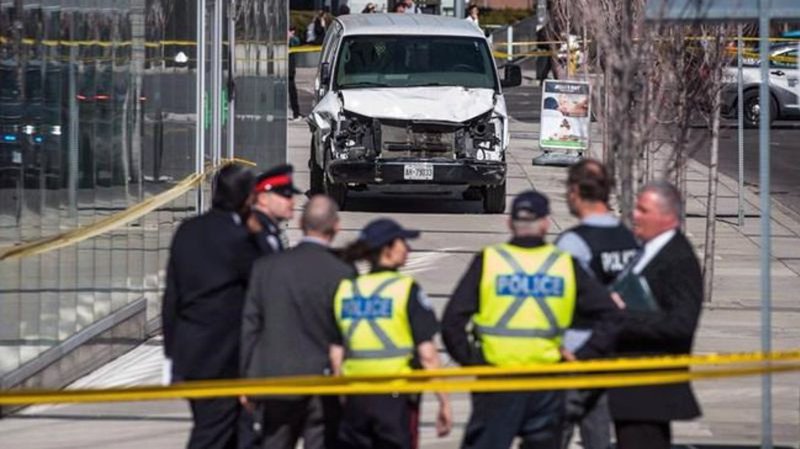 The sentencing hearing for Alek Minassian could last multiple days as it will hear from several dozen people affected by the attack. He was found guilty last year of 10 counts of first-degree murder and 16 counts of attempted murder. First-degree murder carries an automatic life sentence without the ability to apply for parole for 25 years.

Several victims and families say they are preparing for an emotional few days in court but are going in feeling strong. It will be their first opportunity to face the killer in person after the judge-alone trial and verdict occurred over videoconference during the pandemic.

Officials with Canadian Blood Services say the agency is struggling to replenish a critically low supply because of the ongoing COVID-19 pandemic.

The organization operates a national inventory of blood that is shifted around the country. It says it has had the smallest donor base in a decade.

Spokesman Rick Prinzen says it’s because the number of people who donate regularly has dropped by 31-thousand since the pandemic began. He says that’s put a strain on the system and the organization needs to attract 100-thousand new donors this year.

Only about 400-thousand of Canada’s 37-million population give blood on a regular basis. Prinzen says this is also a slow time of year as Canadians leave on vacations and cancel appointments.

The need for blood products tailed off dramatically as the pandemic brought travel to a near standstill and all but the most critical surgeries were cancelled.

The U.S. House committee probing the January 6th riot in Washington D-C is poised to dive deeper into what it calls “the big lie.”

That “lie” revolves around Donald Trump’s false claims of voter fraud that fueled his relentless effort to overturn the 2020 election and led a mob of his supporters to lay siege to the U.S. Capitol.

The panel resumes its hearings Monday with live witnesses, including Trump’s campaign manager, Bill Stepien, as committee members say they have uncovered enough evidence for the Justice Department to consider an unprecedented criminal indictment against the former president. Stepien was subpoenaed for his public testimony.

In addition to Stepien, the committee is also set to hear testimony from Chris Stirewalt, a former Fox News political editor closely involved in election night coverage who stood by the decision to declare Arizona as being won by Biden. He wrote about his experiences later in an op-ed and might be asked about Trump’s actions as Fox News declared states Biden won.

As he mulls a White House run, Trump is decrying the investigation into his efforts to overturn Biden’s election as a “witch hunt.” He said last week that January 6 “represented the greatest movement in the history of our country.”

Nine people died in the riot and its aftermath, including a Trump supporter — shot and killed by police.

U-S Senate bargainers have announced the framework of a bipartisan response to last month’s mass shootings.

It’s a noteworthy but limited breakthrough offering modest gun curbs and stepped-up efforts to improve school safety and mental health programs. The proposal falls far short of the tougher steps long sought by U-S President Joe Biden and many Democrats. Even so, Biden embraced the deal, and enactment would signal a significant turnabout after years of stalemate in Congress.

Twenty senators, including 10 Republicans, are calling for passage. That’s potentially crucial because at least 10 GOP votes will be needed in the Senate.

North Korean leader Kim Jong Un and his top deputies have pushed for a crackdown on officials who abuse their power and commit other “unsound and non-revolutionary acts,”

It wasn’t clear what specific acts were mentioned at the ruling Workers’ Party meeting on Sunday. But possible state crackdowns on such alleged acts could be an attempt to solidify Kim’s control of his people and get them to rally behind his leadership in the face of the domestic hardships, some observers say.

The official Korean Central News Agency notes that Kim and other senior party secretaries have discussed “waging a more intensive struggle against unsound and non-revolutionary acts including abuse of power and bureaucratism revealed among some party officials.”

Kim has previously occasionally called for struggles against “anti-socialist practices” at home in the past two years amid outside worries about his country’s fragile economy that has been battered by pandemic-related border shutdowns, U.N. sanctions and his own mismanagement.

An irreverent, sexually frank work about Blackness and queerness took home the best new musical crown at the Tony Awards on Sunday, as voters celebrated Broadway’s

most racially diverse season by choosing an envelope-pushing Black voice.

“A Strange Loop” also beat “MJ,” a bio-musical of the King of Pop’s biggest hits, for the top prize. Although the other Jackson musical nabbed four Tony Awards including for best choreography.

Many of the night’s other Tonys were spread over several productions. The victory of a smaller, more offbeat musical against more commercial offerings continues a recent trend, as when the intimate musical “The Band’s Visit” beat the big brand-musicals “Frozen,” “Mean Girls” and “SpongeBob SquarePants” in 2018 or when “Hadestown” bested “Tootsie,” “Beetlejuice” and “Ain’t Too Proud” a year later.

Brazilian police say search teams have found a backpack, laptop and other personal items that belonged to Indigenous expert Bruno Pereira and freelance British journalist Dom Phillips, who went missing in a remote area of Brazil’s Amazon a week ago.

The Federal Police announced Sunday night that they had identified the belongings of both missing men, such as Pereira’s health card and clothes. A firefighter says Phillips’ backpack was tied to a tree that was half-submerged.

Pereira and Phillips were last seen near the entrance of the Indigenous territory, which borders Peru and Colombia.

The area of discovery has seen violent conflicts between fishermen, poachers and government agents.

This report by The Canadian Press was first published June 13, 2022