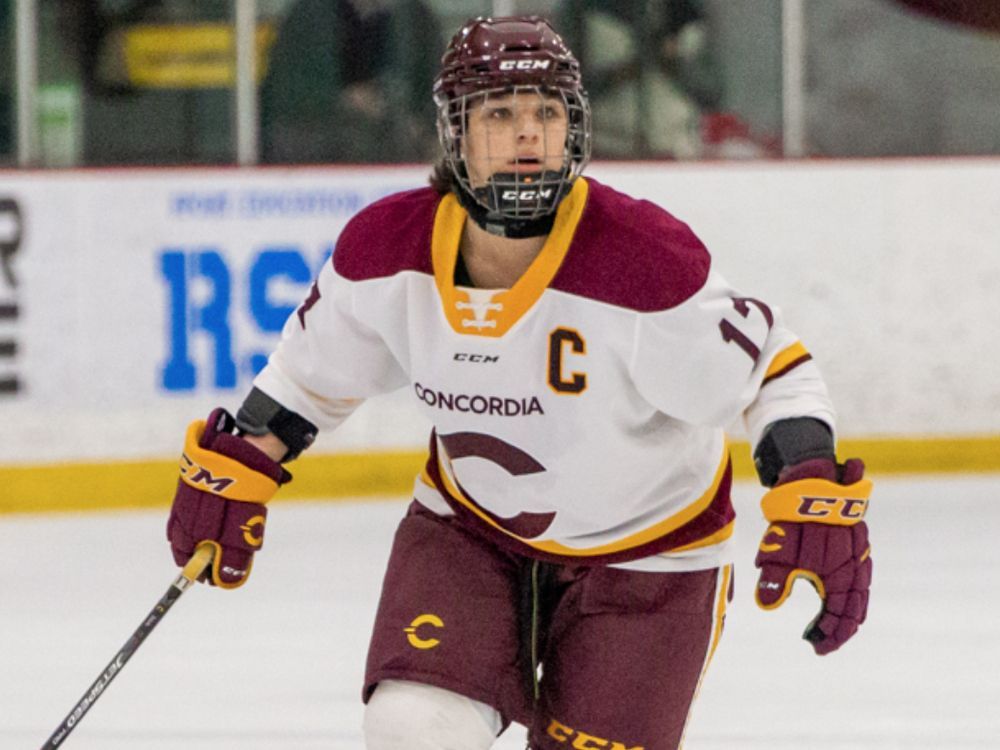 The Stingers will play the fifth-seeded Saskatchewan Huskies in the semifinal game on Saturday at 6 p.m.

Rosalie Bégin-Cyr scored a hat trick to lead the top-seeded Concordia Stingers to a 7-0 rout of the host UPEI Panthers in the opening round of the Cavendish Farms U SPORTS women’s hockey championships in Charlottetown.

The win set up a semifinal matchup Saturday against the fifth-seeded Saskatchewan, which blanked Brock 4-0. The semifinal is set to begin at 6 p.m.

The other semifinal matches No. 2 University of New Brunswick against Nipissing.

Bégin-Cyr got the Stingers rolling in the first period when she took a cross-ice pass from Stéphanie Lemelin and scored a power-play goal. She added two more goals in the third period.

Laganière put away the game’s second goal on a redirect 14:37 into the second period. About a minute later, Lalancette beat goaltender Camille Scherger on a breakaway to make it 3-0 after 40 minutes. The Stingers added four more in the final period to close out the  win.

Alice Philbert faced just 14 shots for the shutout, while Scherger made 25 saves on 32 shots.