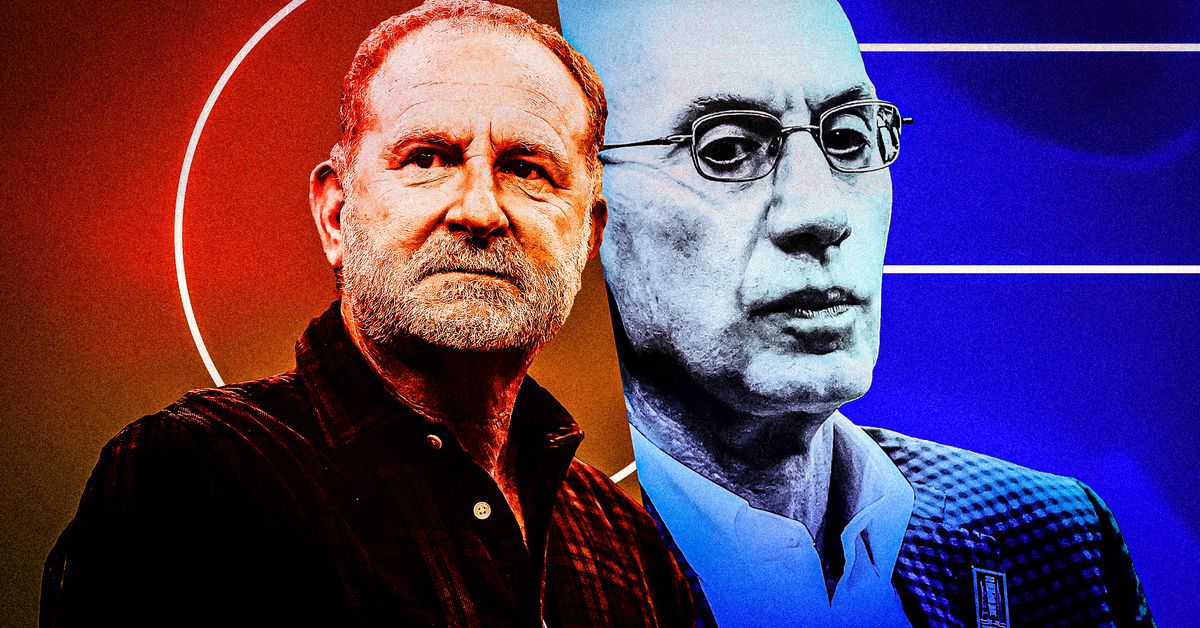 The NBA’s Robert Sarver saga has been a master class in cognitive dissonance.

In response to an investigation detailing an 18-year pattern of misogyny, sexism, and abuse inside the Phoenix Suns franchise, trickling down from governor Robert Sarver, commissioner Adam Silver described himself on Wednesday as saddened and disheartened, calling Sarver’s conduct “indefensible” and “beyond the pale.” But unlike in the case of Donald Sterling in 2014, Silver said the possibility of banning Sarver from the league was never mentioned. “There was no discussion around the process of removing him,” Silver said in a press conference.

Forcing Sarver to sell the team likely would have meant a legal battle, which would have led to wide-ranging review of league documents and emails that could have revealed the indiscretions of other governor. It would have meant a fight; it would have meant risking upheaval. But the NBA didn’t have the moral courage or stamina of the Suns employees who spoke up against their billionaire boss.

So the league did what you do when you know the right thing to do but don’t have the will to do it: They half-assed it. A one-year ban, a $10 million fine, and mandatory classes on how to not say the N-word. “There is not a bright line in terms of [losing] ownership, and I wouldn’t want to create one to suggest people could go right up to it,” Silver said. But that’s the precedent he se​​t. Follow the Sarver playbook for abuse and you’ll get nothing but a slap on the wrist. Just don’t embarrass us like Sterling did.

With training camps beginning next week, the NBA is hoping this will all go away. But will it? LeBron James and Chris Paul have spoken out against the leniency of Sarver’s punishment. So have the Reverend Al Sharpton and Suns minority owner Jahm Najafi. Tamika Tremaglio, the executive director of the NBPA, called Sarver’s behavior horrible, saying it had “no place in our sport or any workplace for that matter.” PayPal has said it will not renew its sponsorship with the Suns if Sarver remains in place.

None of this was surprising. The strange thing was Silver’s attempt to play the role of the Big Bad Commish, protecting the interests of the owners, while holding on to the idea that the NBA did the right thing. In his press conference, Silver told the media—and perhaps himself—about Sarver’s chance at redemption.

“I accept and understand that some people disagree with what the ultimate consequences were for Mr. Sarver, and I’m also hopeful that Mr. Sarver uses this time to not just express his remorse but demonstrate it,” Silver said. “Just to be clear, he is precluded from doing anything in the NBA or the WNBA, but he’s not being censured in terms of his opportunity to do good things with his year away from the league or for the rest of his life, for that matter.”

One of the reasons for Silver’s decision is the “totality” of Sarver’s “track record” on social justice. “While there were these terrible things, there were also many, many people who had very positive things to say about him through this process,” Silver said.

You can find said track record in an email from his lawyer in the appendix of the investigation, hanging on the bottom of scathing evidence. Or in the denials following virtually every allegation in ESPN’s original report, many of which the investigation found to be true. It includes hiring a staff that is 55 percent people of color, sitting on the National Police Foundation’s Council on Policing Reforms and Race board, speaking out publicly against an oppressive immigration bill in 2010, and doing charity work through the Suns and his foundation.

Robert Sarver isn’t cartoonishly racist like Donald Sterling. He is a modern bigot, better at hiding his feelings. He stands up for the right causes, he hires the right people. When shit hits the fan, a Black executive like James Jones can be a reliable character witness. Even as evidence mounted, Sarver defended himself with the fervor and rage of someone who has been wrongfully accused. As Loving Sports When They Don’t Love You Back: Dilemmas of the Modern Fan reminds us in its chapter on problematic owners, Sterling was also quick to defend himself when called a racist, pointing to the salaries he paid Black Clippers players: “I support them and give them food, and clothes, and cars, and houses.”

Even his apology on Tuesday, following the results of the investigation, was inconsistent, opening with “good leadership requires accountability,” like he’s in on the joke, taking “full responsibility” for what he has done while “disagree[ing] with some of the particulars of the NBA’s report.”

When it’s time for him to be quiet and listen, Sarver is defensive, because he is more concerned with being accused of racism than actually being racist. If Silver wants the league to be on the right side of that divide, he should listen to the people who have spent years, sometimes a whole lifetime, learning to discern the two.

“It’s barely a slap on the wrist and shows us the league truly doesn’t stand for diversity, equity or inclusion,” one former Suns staffer told ESPN. “I’m grateful to have the validation after being told I was insane, a b—- and being dramatic. That definitely lets me breathe a little. But I’m angry. The league failed us when they had the opportunity to stand behind its values.”

It’s worth remembering the chilling lines of another former employee, from the original ESPN story: “It wrecked my life,” she said. “I was contemplating suicide.”

Everyone who worked for Sterling knew who he was. But Sarver’s track record, his inconsistent behavior, his attempts to minimize and deflect, piles confusion on top of pain. A year from now, Suns employees shouldn’t be guinea pigs for his self-improvement project.