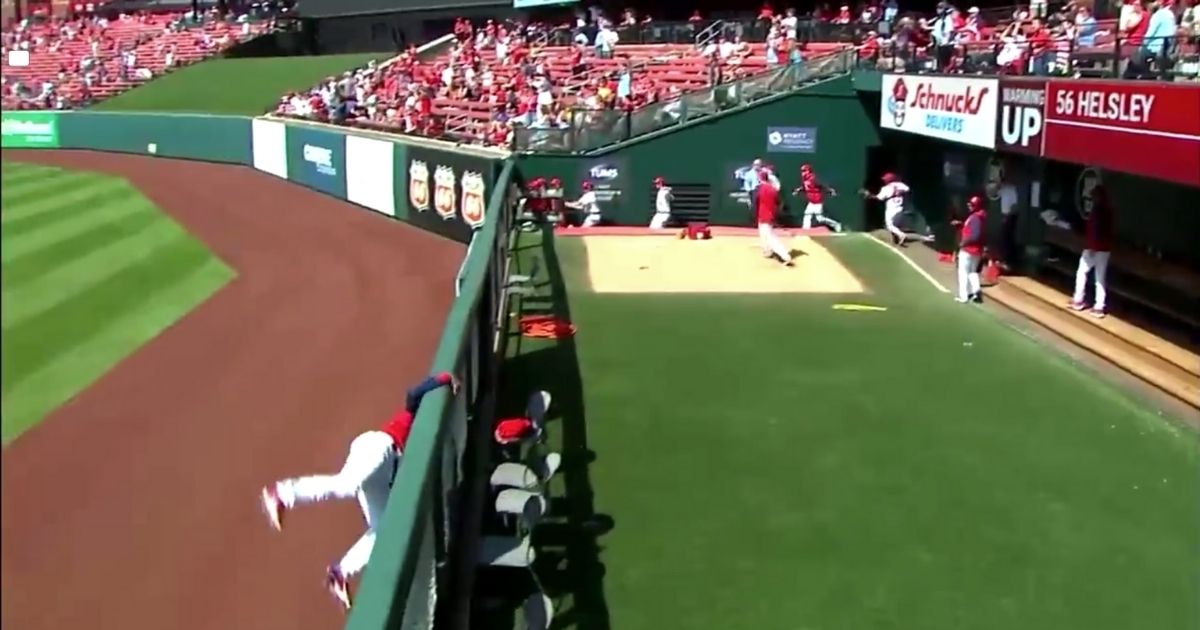 It was the old brawl game Wednesday at Busch Stadium in St. Louis when two days of up-and-in pitches led to a bench-clearing brawl.

The fuse was lit Tuesday when New York Mets first baseman Pete Alonso was hit in the head by a pitch and jawed at St. Louis Cardinals pitcher Kodi Whitley when he went to first base. Both teams backed away from the brink without a punch.

Not so Wednesday, when Yoan Lopez, making his first appearance for New York, sent a pitch close to Cardinals third baseman Nolan Arenado, according to KSDK-TV

First came the talking; then both dugouts and bullpens emptied for what was mostly pushing and shoving by several million dollars’ worth of baseball talent.

The benches have cleared after Yoan López threw up and in at Nolan Arenado. pic.twitter.com/VieEPQSKuu

Biden Creates ‘Disinformation Governance Board,’ and Conservatives Should Be Terrified at Who’s Leading It

The melee crested when St. Louis first base coach Stubby Clapp tackled Alonso, earning him an ejection along with Arenado, who had led the St. Louis charge to the mound.

Should pitchers be fined when they throw too close to hitters?

“I just watched the video. He’s making sure that guy doesn’t come after one of ours. He’s holding him back. I don’t see an issue with it at all. I watched it several times before coming in here. He’s keeping their guy from getting on top of one of ours. So, I’m OK with it,” he said.

The real star of the Cardinals/Mets brawl was Cardinals reliever Giovanny Gallegos who hopped the bullpen fence instead of using the stairs 😂 pic.twitter.com/7eRfnWy3Qf

“I got pulled from behind, actually Genesis Cabrera grabbed me by the back of the collar, and then he just ripped down, and the coach just kind of jumped on me. I thought that was kind of cheap going from behind … If you want to hold me back, if you want to restrain me, go at me like a man,” he said.

Alonso said he understood why the Cardinals manager would stand by his guys.

🎥 Pete Alonso minces no words regarding today’s altercation. “If I wanted to put somebody in the hospital, I easily could.” Says he was simply protecting his teammates when he was thrown to the ground: pic.twitter.com/iPTlLr5SiL

“I totally understand because I’m a big guy; I’m a big, strong guy. Obviously, the manager wants to have protection for his team and his staff, and I totally get it. And for me, like I’m a big, strong guy. They don’t know like my temper. They don’t know what I could do. If I wanted to put someone in the hospital, I easily could, but I was just out there trying to protect my guys,” Alonso said.

Alonso said the pitch that started the fight “wasn’t even close” and that it was like “something started for no reason.”

The Mets, who were down 10-5 when the fuss began, ended up losing by that score.