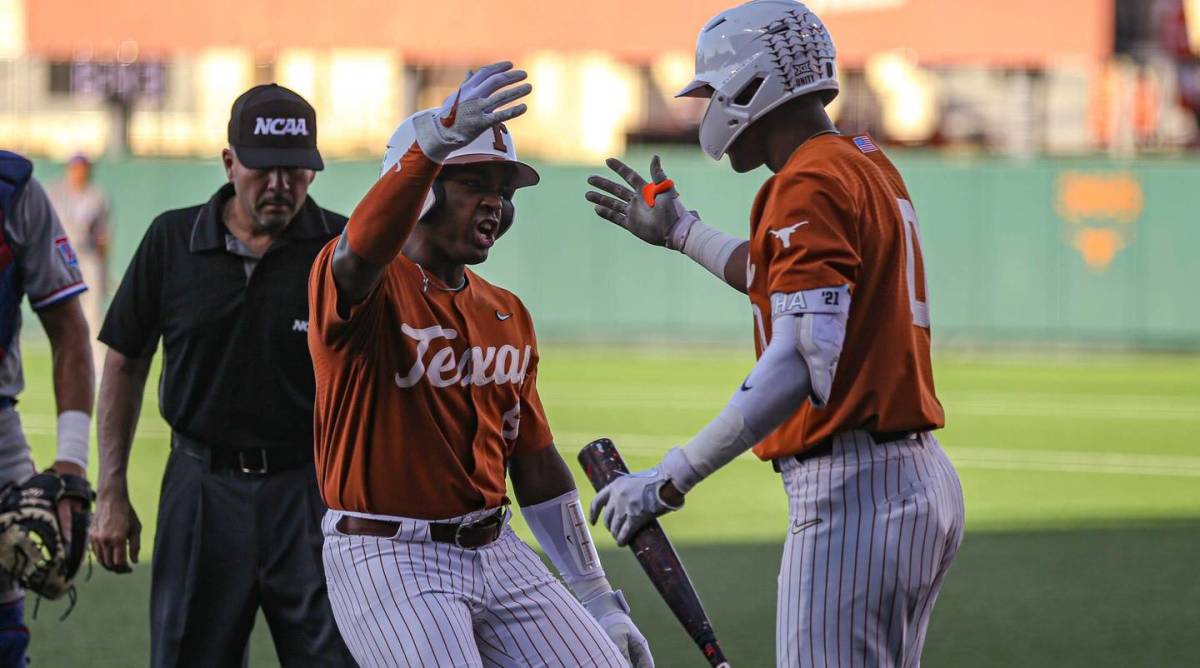 Texas needed a win to force Game 3 vs. East Carolina in the Greenville Super Regional, and they barely survived with a 9-8 walk-off victory in nine innings.

The Pirates were up 7-2 at the seventh inning stretch, but the Longhorns stormed back with six unanswered runs in the bottom of the seventh and eighth innings to take an 8-7 lead.

Then came the dramatic ninth inning. First, East Carolina was down to their final out when Jacob Starling drilled a game-tying home run in the top of the inning.

But Texas’s desperation kept them alive. The Longhorns loaded the bases with two outs in the bottom of the innings, and Dylan Campbell lined a ball off the right-field wall to force a deciding Game 3 on Sunday.

Campbell had three hits, two of which gave Texas the lead. First, he homered in the eighth before coming through again one inning later.

These two teams will meet for a third and final time Sunday at 12 p.m. ET, with the winner earning a ticket to Omaha for the College World Series.