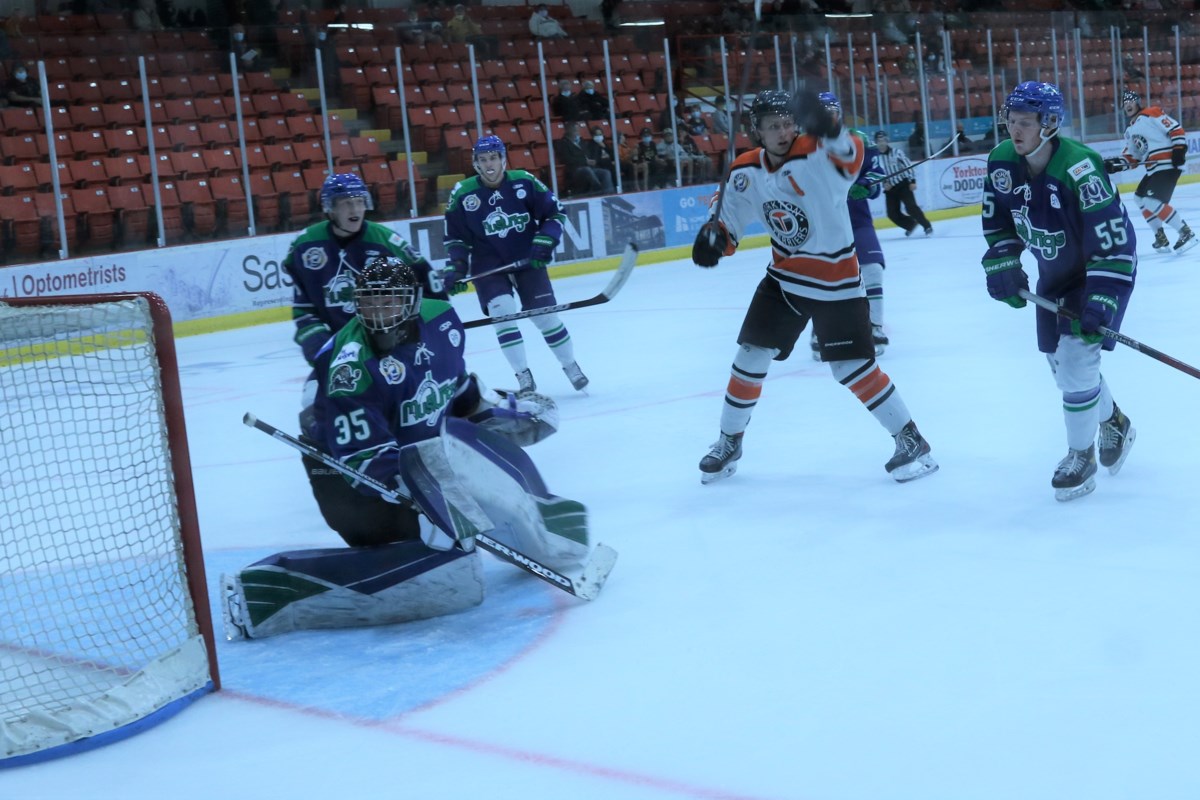 MELFORT – It came down to a Game 7 between the Yorkton Terriers and Melfort Mustangs Tuesday evening, the winner advancing, the loser dome for the season.

The scoring started early with Curtis Hammond scoring for the hometown Mustangs 1:47 into the game.

And then the defences took over, with the 1-0 lead holding through the remainder of the first period and then deep into the second period, when former Estevan Bruin Erik Boers knotted the score with a power-play goal for the Terriers.

The defences remained stout in the third period until Boers struck again at 15:37, this time with an unassisted effort to give the visitors a 2-1 lead, a lead which would hold until Kishaun Gervais added an insurance marker into an empty net to make it a 3-1 win and a 4-3 series win.

Kael DePape was in net for Yorkton facing 32-shots in the win, while Joel Favreau guarded the twine for the Mustangs taking on 34-shots in the loss.

With the win, Yorkton joins Humboldt, Estevan and Flin Flon in the second round of the SJHL playoffs.

The Terriers will face Estevan while Humboldt takes on the Bombers.

Game 1 in the Estevan-Yorkton series is slated for Friday night at Affinity Place.