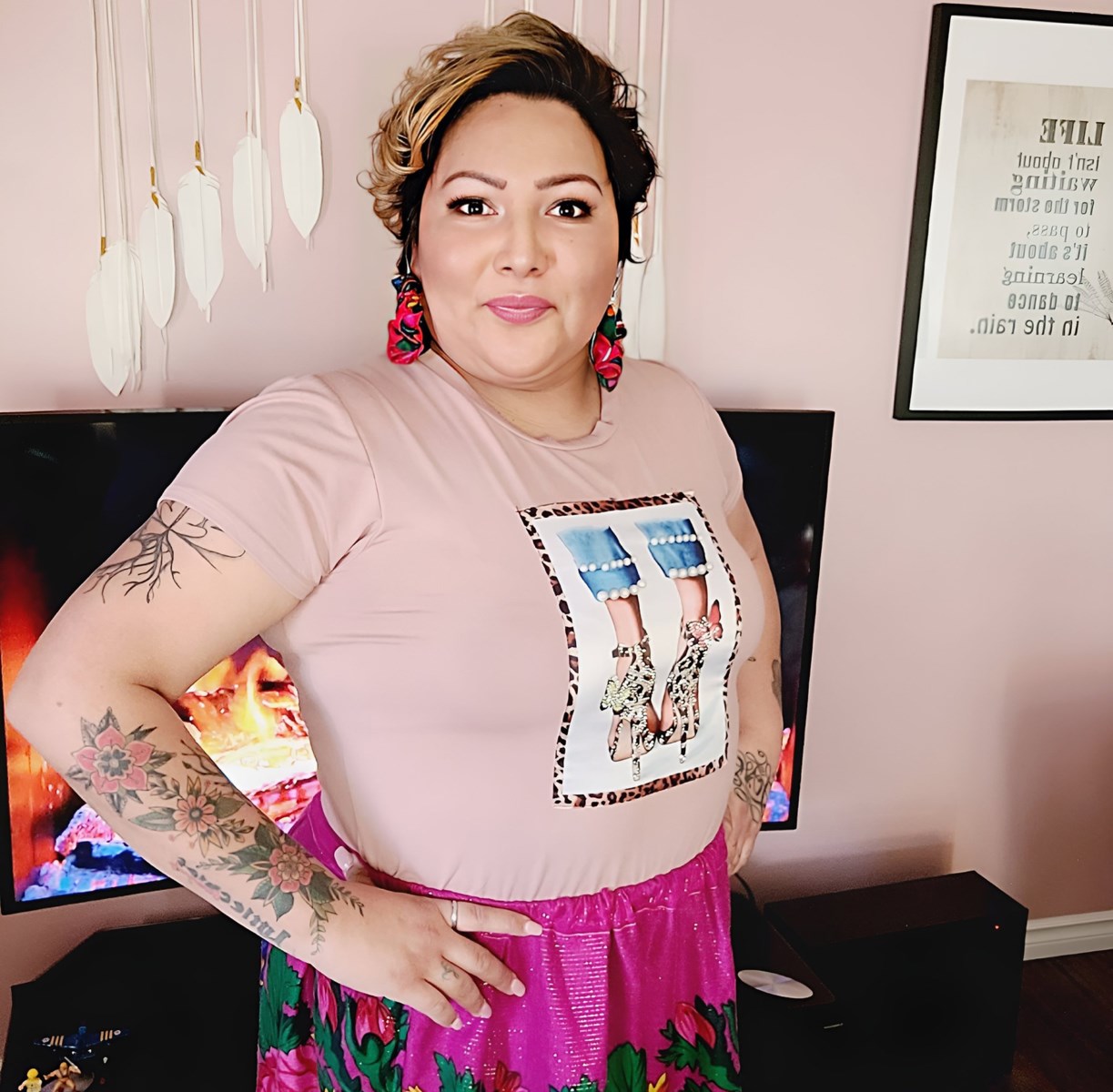 Littlechief was recognized at annual awards ceremony held on April 23.

Teagan Littlechief from the White Bear First Nations was named Indigenous Artist of the Year.

Littlechief says she had a bunch of mixed emotions after hearing the news of winning the award.

Her thoughts were “Oh my God, Oh my God!” It was a rush of feelings.

“This is a dream come true,” said Littlechief in an interview following her win “I’ve dreamt of this moment from the first time I joined the Saskatchewan Country Music Association.”

“There are so many people to thank…my parents for getting me to shows and practices, the bands that stood by me through the years, my son who means the world to me, my fans – I love you guys so much … without you I would not be here.

Littlechief has had many awards throughout her career but being named Indigenous Artist of the Year is a first for her.

“I’ve never had a Saskatchewan Country Music Award ever in my life. I’ve always been nominated but never made the cut.”

This year was exciting and Littlechief admits she’ll be on Cloud 9 for a while.

She started singing at age five or six after her parents realized she had “the voice” for it.

Littlechief says she has had so many inspirations throughout her singing career.

“It all started with Celine Dion, Whitney Houston and Selena.”

As the years went by, she was also inspired by rock performers, including ZZ Top and John Fogerty.

As time progressed, she started throwing in Carrie Underwood and Gretchen Wilson.

Littlechief has the vocals to perform a variety of music styles but leans mainly towards country and country/rock.

Like many other artists, Littlechief performed virtual concerts throughout the pandemic.

“They’re just not the same. Even though I did reach a farther fanbase, as a performer you kind of get used to that interaction with the audience.”

“You get the likes and hearts on the screen but I just wish I could see the faces in the audience.”

“Everything slowed down for me quite a bit so I ended up going back to school for addictions counselling and graduated last fall.”

“It’s my day job but nothing will ever be able to take away my music. Music is always going to be number 1.”

“This year I’m just rakin’ in some gigs. I have one at the White Bear School on May 6 with a Mother’s Day theme concert.”

“Eventually I’d like to release an album but I’m kind of on the fence about that.”

Littlechief is excited about performing as many live shows as she can.

She has toured to many places to perform, including as far away as Green Bay, Wisc. She has seen much of the country through her music career.

Littlechief has much to be proud of. Some of her accomplishments include:

Littlechief wasn’t the only award winner from this area. For the third straight year, the Happy Nun Café in Forget was named Venue of the Year at the SCMAs.