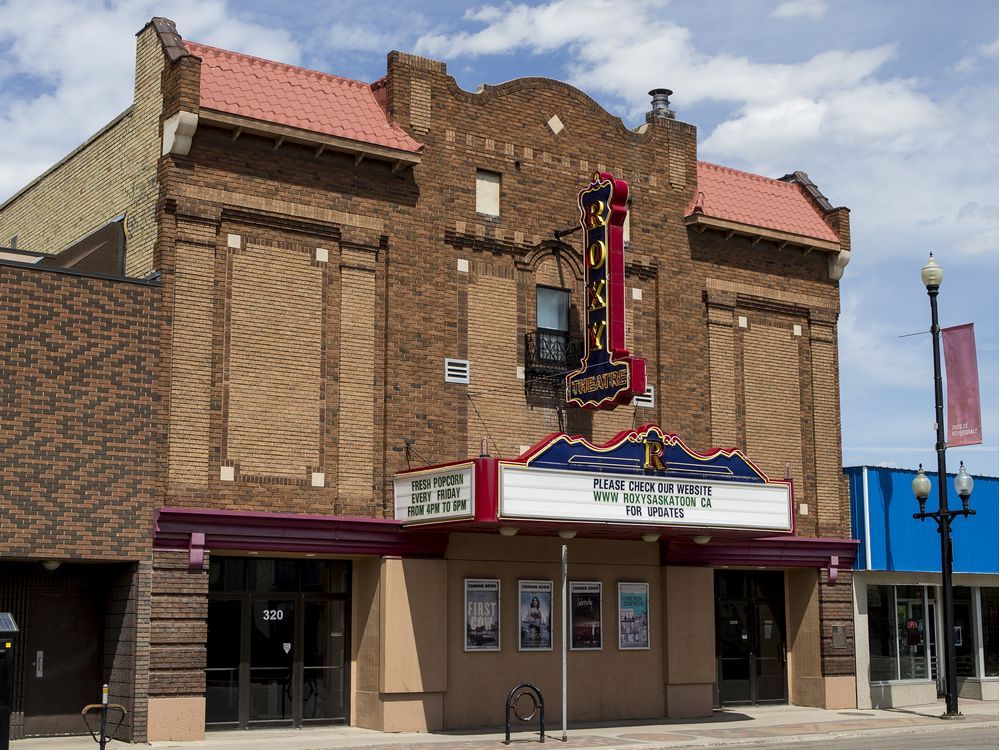 We’ve seen this movie before.

A Depression-era movie theatre in a prime location faces an uncertain future due to the economic realities of real estate and the film industry.

Saskatoon can only hope for a better ending this time.

Last-ditch efforts to save the Capitol Theatre failed and the 1929 gem in downtown Saskatoon was demolished on Dec. 1, 1979.

Various parts of the Capitol were saved and remain scattered throughout Saskatoon, some in storage, some decorating other venues. The sign that once adorned the grand, 1,600-seat theatre sits in a storage yard.

The same sort of fate could await the Roxy Theatre in Riversdale; the current owner has put the 1930 building up for sale for nearly $1 million.

The asking price is compelling, since it’s about the same amount Magic Lantern Theatres spent to renovate and reopen the theatre in 2005 after it had been closed for a decade.

Magic Lantern president Tom Hutchinson says it’s time for someone else to try operating the Roxy.

But is there an entity out there that can pay Hutchinson’s price and find a way to viably operate the theatre? At $1 million, you’d have to clear $100,000 for 10 years just to recoup the purchase price.

And the movie business has been thrown into chaos by the COVID-19 pandemic. Whether a societal return to normal will make boutique movie houses like the Roxy viable with people desperate to get out remains questionable.

Saskatoon Heritage Society president Peggy Sarjeant told a city council committee this month that the Roxy is one of just five “atmospheric” cinemas left in Canada.

Atmospheric theatres are designed to make moviegoers feel like they’re outdoors, with an interior using Spanish or Moorish themes, Sarjeant told the committee.

These type of theatres became popular in the 1920s. The Roxy opened in 1930 as the Great Depression began. The first movie shown at the Roxy was Hell’s Angels, directed by Howard Hughes.

Sarjeant urged the council committee to take steps to save the Roxy. But that can be complicated, unless someone comes along who shares Hutchinson’s vision and love for heritage from 17 years ago.

The Roxy has some protection from the sudden razing that doomed the Capitol through a holding bylaw that prevents demolition for 60 days. Heritage designation would add further protection from alterations, but to adequately preserve the Roxy it would need to apply to the interior and exterior.

Such protection could serve as a straitjacket for anyone buying the theatre. Hutchinson is not believed to want heritage status prior to sale.

City hall generally refrains from imposing heritage status on a property against the wishes of the owner, but it did so for Third Avenue United Church in 2017. That downtown landmark failed to sell until last summer.

City hall administration will explore options to preserve the theatre.

Meanwhile, the landscape for a niche revival theatre in Saskatoon like the Roxy changed during the pandemic, perhaps for the better. The multi-screen second-run Rainbow Cinemas closed amid the first COVID-19 shutdown in 2020.

There’s a new cinema complex at the Centre Mall where Rainbow Cinemas once operated, but it’s pretty much showing the same fare as the city’s other two multi-screen cinemas downtown and in Brighton.

The Roxy this month offered Licorice Pizza and Belfast, two Oscars best picture nominees that failed to get much time, if any, at the major chain theatres. But if you want to see a superhero flick, there’s multiple options showing the latest exploits of Batman and Spider-man.

So maybe there’s a viable market to keep operating the Roxy as it had been run. But there’s no guarantee.

That leaves it up to Saskatoon’s politicians, who have historically failed to act to save heritage buildings. The demolition of the Farnam Block happened only seven years ago.

A sequel with the Roxy would find a receptive audience.

Phil Tank is the digital opinion editor at The StarPhoenix.