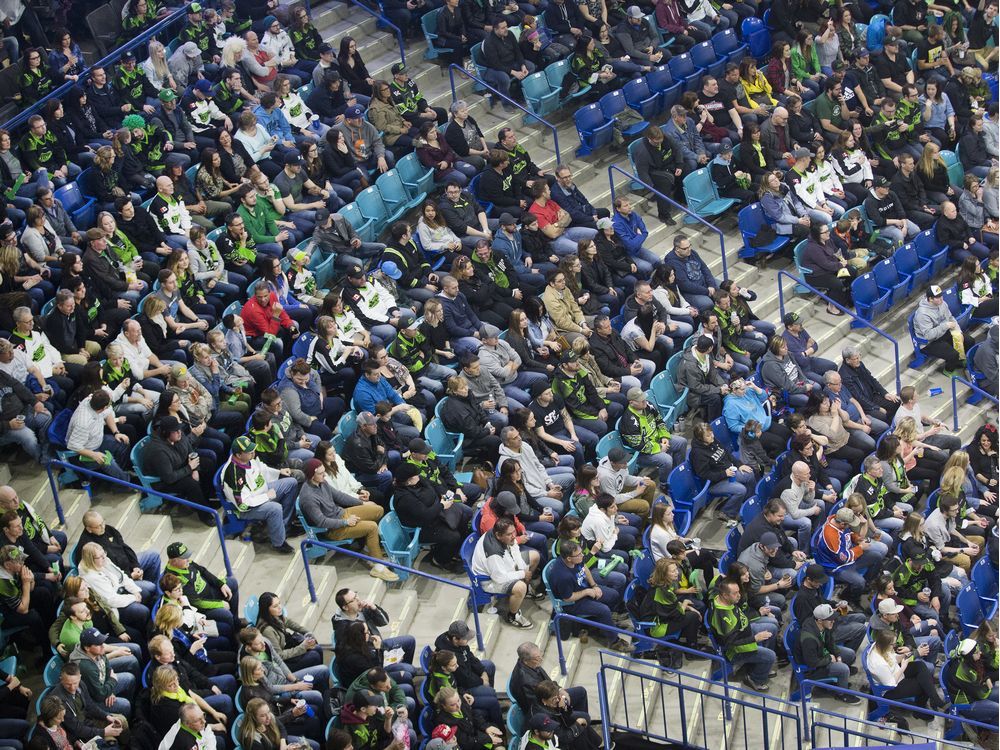 Speculation about Saskatoon’s new arena is overflowing, kind of like the water from a plugged toilet.

Cary Tarasoff, a feisty city hall critic and 2020 mayoral candidate, has questioned whether the new facility will include urinals, in a letter to the editor of The StarPhoenix.

Tarasoff raised the concern because the new $134-million, 130,000-square-foot downtown library will not include a single urinal. The facility has opted for gender-neutral bathrooms, which apparently means no urinals.

Tarasoff feels that amounts to sexual discrimination against males, but he’s also concerned this will set a precedent for future city hall projects, specifically the new downtown arena. He also points out correctly that flush toilets use far more water than urinals.

But it needs to be pointed out that the library project is managed by the library board, not city council, although council does approve appointments to the board. Whether the nomination process included questions about gender-neutral bathrooms in the new library, we’ll never know, since those conversations remain confidential.

So if you want to wail about washroom woke-ness run wild, at least in this instance, you should focus on the unelected library board.

Tarasoff’s porcelain protest has brought up a relevant question, though. Gender neutral bathrooms in a library seem unlikely to provoke too much of a storm, although the cleaning staff probably didn’t lobby for the absence of urinals.

In an arena, however, bathrooms are designed to accommodate groups of people as quickly as possible. Yes, men have always had an advantage and more modern designs have attempted to alleviate this by increasing the number of women’s washrooms to address the disparity.

But removing urinals entirely seems likely to create further congestion for everyone.

Yet Coun. David Kirton suggested removing urinals suits him fine since he’s never had one in his own home.

“And men, without urinals, maybe we’ll learn what women have had to go through just to go the bathroom in public,” Kirton told council last month. “We’ll all be lining up together between periods at the hockey game.

“No longer will the women’s line be twice as long as the men’s line. See? Equity. Everywhere.”

The new arena remains years away from design and then construction. No location has yet been identified, other than downtown.

Despite widespread opposition to the new library — city council candidates in the last election cited it as the top issue heard while door-knocking, even though it’s not a city hall project — it will proceed, paid for entirely by tax dollars.

However, most taxpayers probably only found out about the gender-neutral bathrooms for which they will be paying when they read Tarasoff’s letter.

When it comes to the new arena, those questions need to be answered earlier and the urinal question stands as only one among many.

Council voted three years ago to start planning for a new downtown arena and convention centre to anchor an entertainment district.

There seems to have been scant progress since, despite Mayor Charlie Clark stressing the urgency of the project last summer.

We were supposed to see the potential locations three years ago for public input. Now council is focused on appointing an advisory group, which tends to suggest actual public consultation will be minimal or a charade.

Why is this process taking so long? Downtown’s not that big.

How much higher will the estimated cost go, and where will the money come from? The project was originally pegged at $172 to $178 million or $330 to $380 million for a combined arena-convention centre.

These questions demand answers since the road to a new downtown arena can be a treacherous one. Edmonton’s tumultuous arena saga spans a decade, and that’s with a billionaire hockey team owner ponying up some dough.

Calgary’s quest for a new facility collapsed late last year, just weeks before construction was set to start. Now, the City of Calgary is starting over.

Lots of questions loom over the Saskatoon arena, including how much input the public will get … and what the bathroom facilities will look like.