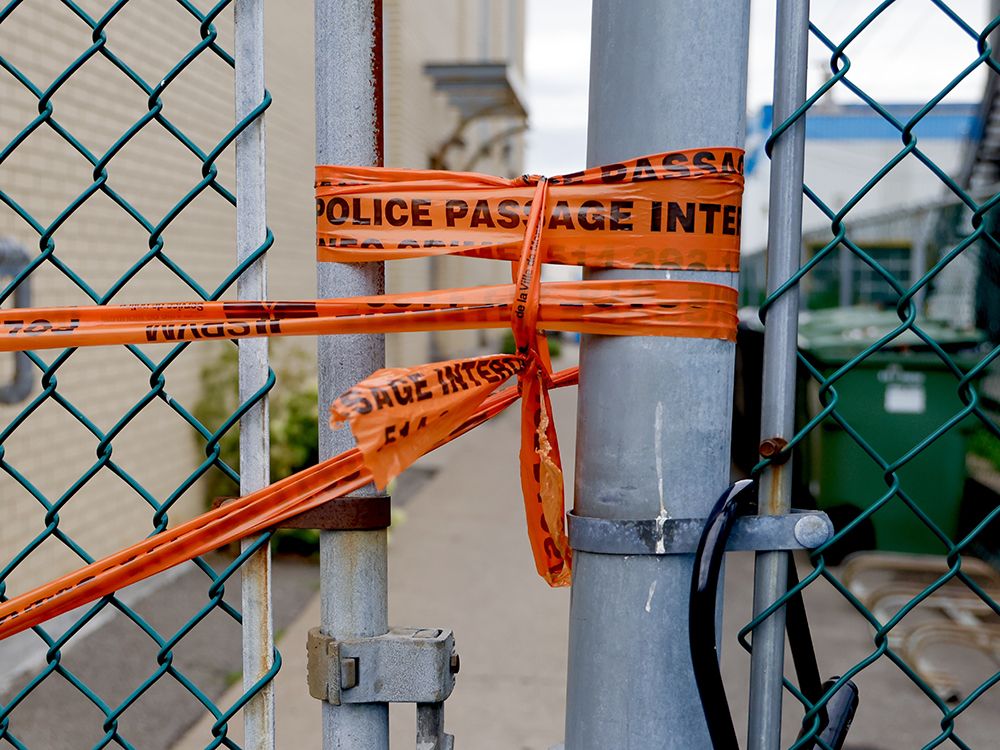 A death deemed suspicious by the Montreal police Friday morning is now considered a homicide, the force said in an afternoon update.

The body of a 42-year-old woman was found in a Montreal North apartment around 9:30 a.m. after a 911 call reporting the death. The call was made by an acquaintance who went to the dwelling on Lacordaire Blvd. near Charleroi St., concerned because she had not heard from the woman.

Police said “marks of violence” had been seen on the woman’s body and that an autopsy would be performed.

The major crimes squad was called to the scene and uniformed officers canvassed neighbours in the area to determine whether they had seen or heard anything that might further the investigation.

The Montreal Gazette has learned that the woman was the victim of alleged conjugal violence earlier this year. A 36-year-old Montreal North resident was charged in late July at the Montreal courthouse with assault, forcible confinement and mischief in the case. The suspect was released on bail a day after he was charged.

In its afternoon update, police confirmed the woman’s death as the 24th homicide on its territory in 2022. The investigation is ongoing and no arrests have been made so far.

The Montreal Gazette’s Paul Cherry contributed to this report.