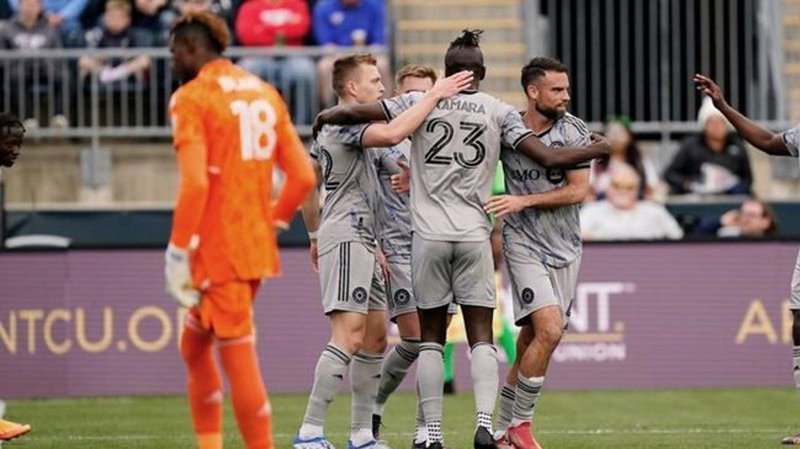 That style has taken a while to fully form, with head coach Wilfried Nancy’s possession-based philosophy opening Montreal to counter attacks that consistently punished them in the beginning of the season.

The team now appears more defensively sound, only conceding a goal in each of its last three games.

“The mentality is to learn from the mistakes we make and try and rectify them,” said captain Victor Wanyama. “We’ve shown that we can defend together and defend a lead.”

Protecting a lead has been an issue for Montreal. The last time the two teams met on March 19, a 10-man Atlanta squad successfully came back from 3-1 down with two goals in the seven minutes of the game and salvaged a 3-3 draw.

However, while Montreal has conceded first in five of the six games of their unbeaten run, the club seems to be getting into the business of stealing points rather than losing them.

“Our positioning and tempo in the first half really made our lives difficult for no reason,” said Nancy after a 1-1 draw with East-leading Philadelphia last week. “I like that we carried ourselves differently and we were able to get back into the game in the second half and find the equalizer.”

The finished product of what Nancy hopes to accomplish with the squad is gradually starting to take shape, but he and the club’s senior players are adamant there is still work to be done.

“No one is satisfied with the way we are playing; we are still working hard to maintain this record,” said Wanyama. “We don’t give up; we have our way that we play with, and we fight together as a team.”