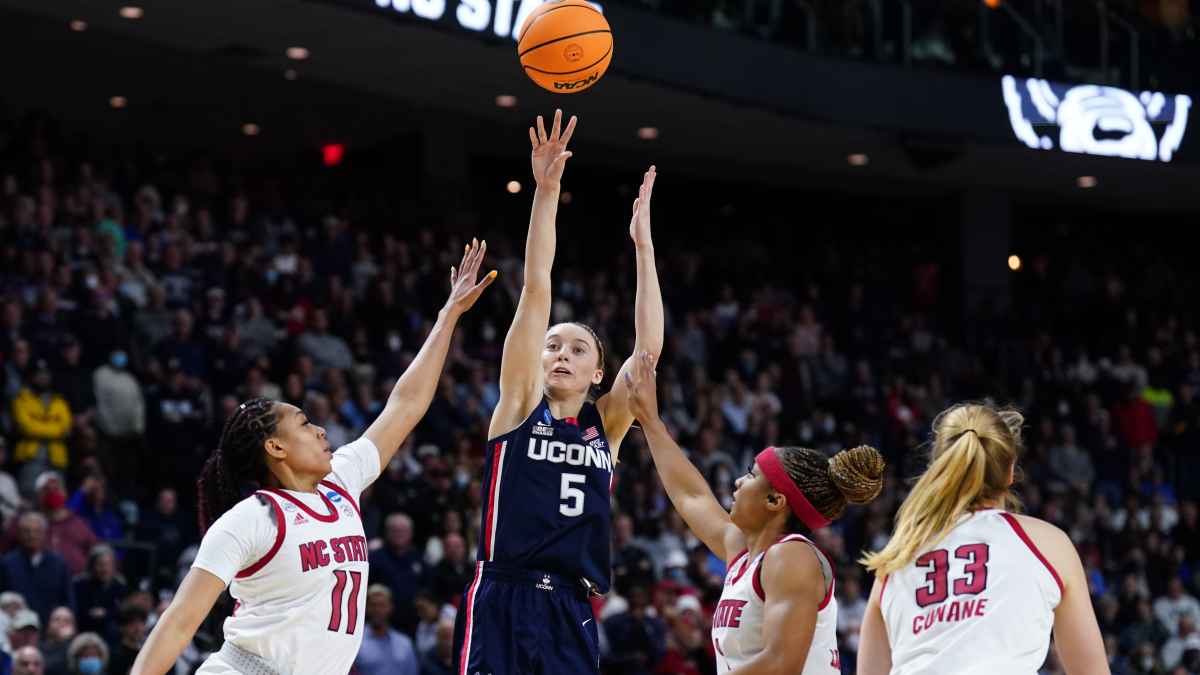 Storm guard and former UConn standout Sue Bird knows the pedigree it takes to be an outstanding player in basketball. After watching UConn star Paige Bueckers explode for 27 points with 23 of them coming in the second half and extra periods in the Huskies’ 91-87 double overtime thriller against NC State, the four-time WNBA champion continued her praises for the talented sophomore.

“… Like literally the definition of sky’s is the limit,” Bird said. “She is clearly talented… She definitely has that clutch gene and the game is on the line.

“She has all of those things that a lot of us athletes get asked about… ‘how’s one get the clutch gene or how does one thrive in late game situations?’ There’s really no answer. Sometimes it is you either have it or you don’t.”

This is not the first time Bird, the WNBA’s all-time assists leader, commented on her love for Bueckers’ skills. In March 2021, Bird told ESPN’s Mechelle Voepel that she loved the guard’s ability to anticipate plays and making the right reads for ball movement.

“Some of her passes, it’s less about the actual pass and more about the fact that she saw it in the moment,” Bird told ESPN. “That speaks to instinct.”

Bueckers the Huskies will face Stanford in the program’s 14th consecutive Final Four on Friday.