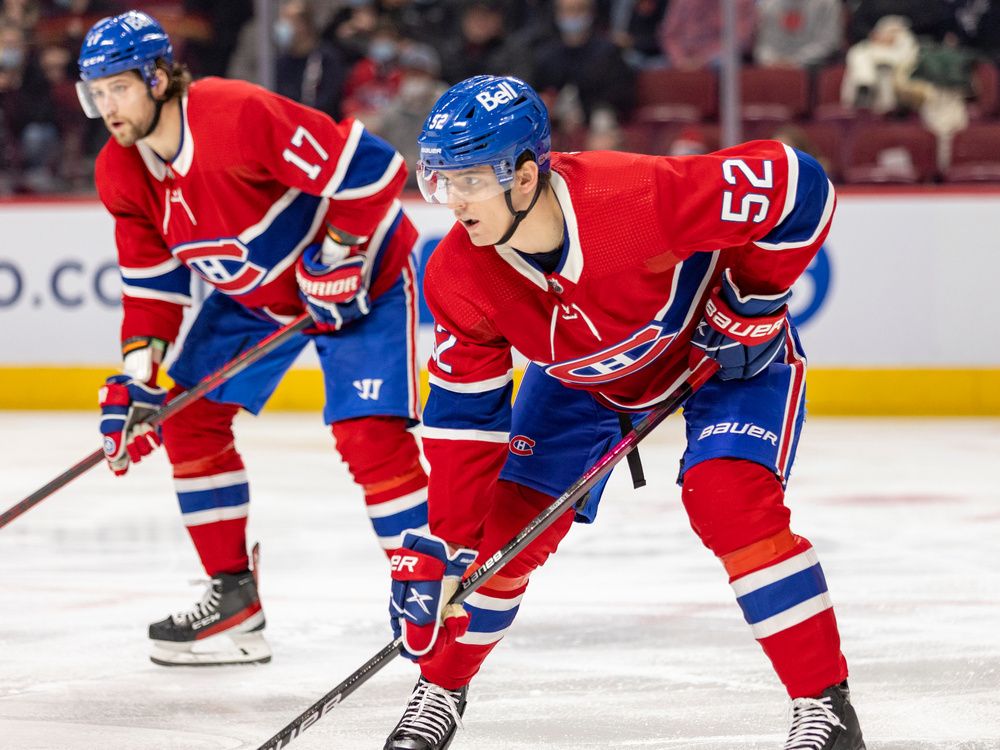 There’s a belief in sports that defence wins championships and when the Canadiens advanced to the Stanley Cup final in 2021, they were led by goalie Carey Price and “four Clydesdales” on defence — as former assistant coach Luke Richardson called them — Shea Weber, Ben Chiarot, Jeff Petry and Joel Edmundson.

The next issue of HI/O: Montreal’s Road to the Cup will soon be in your inbox.

In the end, the Tampa Bay Lightning were too much to handle in the final, winning the series in five games and outscoring the Canadiens 17-8.

The Lightning had offence, defence and goaltending as they won their second straight championship and they made it to the final for the third straight season last year before losing to the Colorado Avalanche.

The Lightning are a well-built team from the goalie out — a great mix of offence and defence.

“Does defence win championships? Absolutely, it does,” Canadiens head coach Martin St. Louis said near the end of last season. “But you’ve still got to play the game and not just be trying to survive. We didn’t try to survive since I’ve been here. We tried to play. We made mistakes, it cost us games. But we learn from them and we’re going to keep at it and growing and working on having a complete game as a team and that takes time.”

The Canadiens no longer have Price, Weber, Chiarot or Petry — with Edmundson the only Clydesdale left heading into this season.

Price won’t be there to bail them out with Jake Allen now the No. 1 goalie.

There will definitely be growing pains on the blue line.

“I look at it with a lot of optimism,” Allen said at the Canadiens’ golf tournament Monday at Laval-sur-le-Lac when asked about the young defencemen. “Yeah, there’s going to be some tough times, no question. But that’s the reality of it. For me, that’s just part of the learning process. These kids are very good hockey players. They’re just jumping into a tougher league and a tougher scenario. Once they get their bearings and their surroundings a little bit more, it will become more comfortable. But we’ll have guys like Eddie and Savvy and Mike Matheson to come in and fill that void, play a lot of minutes for us, and be a helping hand for these young kids. I think I can lend in that as well. But I think those three veteran defencemen are going to be crucial for them.”

Richardson is also gone, hired as head coach of the Chicago Blackhawks this summer. He was replaced by Stéphane Robidas, who played 15 seasons as an NHL defenceman, but has never coached in the league.

This season will be more about development for the Canadiens than winning games. That means the young defencemen will be allowed to make mistakes and learn from them — something that wasn’t the case before St. Louis arrived.

When Harris joined the Canadiens late last season after graduating from Northeastern University, St. Louis told him not to worry about his mistakes, adding he would make two or three a game that he would want to have back. The key, St. Louis said, is to learn from them and move on.

“That really meant a lot to me that he said that because it kind of lifts a little weight off your shoulders and allows you to just go out there and try to play your game,” Harris said at the time.

It’s hard enough learning to play defence in the NHL without being terrified of making mistakes that might get you benched or sent down to the AHL. It also leads to playing it safe and just firing pucks off the glass to get out of the defensive zone.

The Canadiens want to develop young, puck-moving defencemen and the best way to do that is to live with their mistakes and then work on correcting them without the fear factor.

“Yeah, we have some young defencemen coming in,” Edmundson said at the golf tournament. “But they all got some ice time last year. They all got some games in them. I think when they got the call last year they kind of proved to themselves that anyone can play in this league. I think just for guys like me and (Brendan Gallagher) and some other guys, just be that guy that they can lean on. It’s not easy coming into the league that young. I wasn’t in the league until I was 22. These guys are coming in earlier and I just couldn’t imagine that.

“So when you can have that guy to lean on, a guy to talk to, I think it will make it easier for them,” Edmundson added. “We’re looking forward to it. We’re going to have a couple of young guys, but I think they’ll be good.”

It’s going to take some time, though.