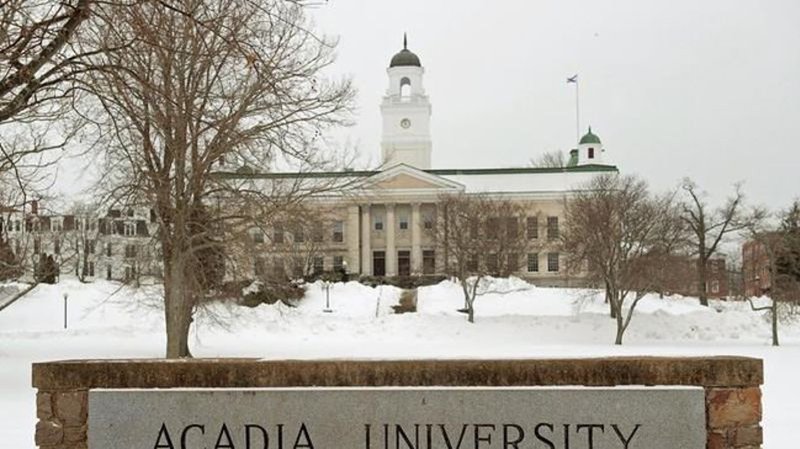 “Not only is that a cost, it’s also dangerous,” she said. Residents have been particularly concerned about missing stop signs and the potential for accidents, Donovan added. This is on top of reports of car windshields being keyed, side mirrors being torn off and students urinating in residential yards.

The town has proposed adding 11 cameras to nine light poles along residential streets beside Acadia during a two-year trial period. The cameras would not be actively monitored but could be reviewed if an incident occurs.

Donovan said the Acadia Student Union has raised privacy concerns about the plan. Union representatives did not immediately respond to requests for comment.

If the pilot camera program is approved by Wolfville council next month and produces results, the mayor of Antigonish, N.S., which is home to St. Francis Xavier University, says her town would consider following suit.

“If the Wolfville project is a success, we would certainly look at it,” Laurie Boucher said in an email. “We share the same issues, because we’re both small university towns.” She added that there are already cameras around Main Street in Antigonish’s downtown.

In Kingston, Ont., home to Queen’s University and known as a site of rowdy student parties, Mayor Bryan Patterson said there are no plans to install cameras near campus. Patterson said that’s because in Kingston, student damage is largely limited to a handful of specific events.

“For us, the focus has not been on vandalism or damage to property. It’s been more large, out-of-control house parties and unsanctioned street parties,” Patterson said in an interview Friday.

“In times like that, police have used a variety of different tools to have eyes on the ground, but those are just temporary measures,” he said.

Wolfville’s more permanent surveillance measure will be discussed at this Tuesday’s council meeting, where councillors will review a staff report released Friday on the pilot project. A vote on the proposal is scheduled for May 17.

Donovan said she was surprised by the student union’s concerns over the cameras because Acadia already has cameras covering much of its campus. She noted that in 2019, when a defibrillator was stolen from an Acadia building, camera footage was used to identify the perpetrators and retrieve the medical device.

In addition to the campus, “quite a number of our businesses also have cameras downtown, so the only change really is that these are in a pilot project,” she said.

This report by The Canadian Press was first published April 30, 2022.

This story was produced with the financial assistance of the Meta and Canadian Press News Fellowship.