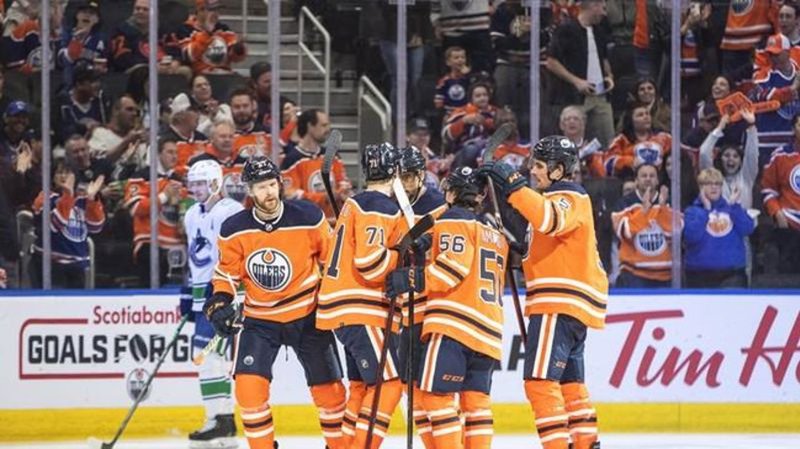 However, Vancouver would start the scoring with 2:27 left in the opening frame when Miller blasted a shot off the crossbar and into the net for his 32nd goal and 99th point.

There was no scoring in the second period, with the Canucks sitting at 30 shots after 40 minutes, while the Oilers had 18 on Vancouver starter Spencer Martin.

Edmonton tied the game 31 seconds into the third as a Kulak blast from the point found the back of the net with with Evander Kane providing the screen in front.

Vancouver moved back ahead two minutes later on a goal Koskinen would like back as Garland tucked it under his arm from about the face-off dot.

The Oilers knotted the game back up nine minutes into the third on a long-range bomb through a screen by Barrie, eventually sending the game to extra time.

Edmonton hosts the opening game of their first-round series against the Kings on Monday.