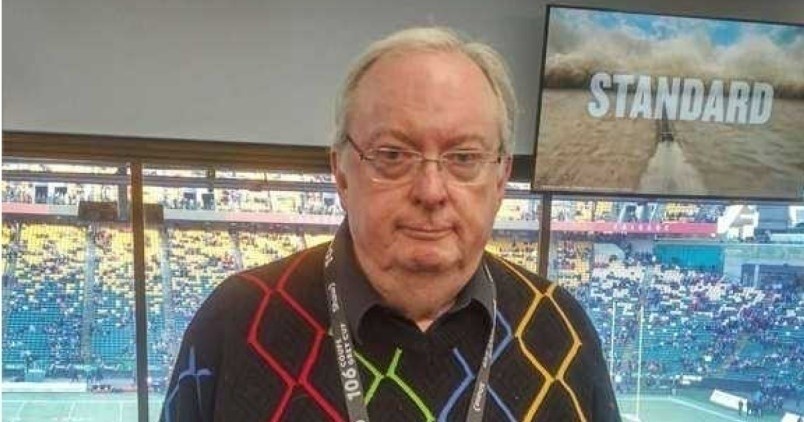 The Saskatchewan Roughriders won 30-13 over the Hamilton Tiger Cats.

After a long two years of COVID-19 and a long fractious winter of negotiations between the CFL and its players it was wonderful to see the 2022 season start June 11. Even better, it was a Saskatchewan Roughrider victory over the Hamilton Tiger Cats.

Unlike last year’s opener when the Rider offence got off to an explosive start against the Lions, the 2022 Rider offence had a slow start. It was the defence that came storming into the game forcing a fumble by Hamilton quarterback Dane Evans on the first possession and Nick Marshall intercepting a long pass on the second Hamilton series.

The Rider offence did not have a sustained drive in the first half.

During the game they also failed to make first downs on two third and short situations.

On the first Cody Fajardo tried going down the line but there was no room and his twist back was marked short though the replays I saw showed he made it. Cody said he felt sick as he takes pride in short yardage plays. He said being able to make that tough yard kept him in the CFL in his early years.

On the second play the Riders wanted to pass but Cody had no time. He said there was a missed protection.

Had the defence not set the offence up for a field goal and Hamilton not hit the post on a long field goal the Riders could have been down at halftime.

In the second half the Rider defence continued its domination. They had eight sacks by seven different players and forced three holding penalties by the Tiger Cats. There were five Hamilton turnovers (two interceptions and three fumbles). Evans was dipping and darting all night. Peter Robertson said they kept forcing Evans to move. Evans rarely had a comfortable moment and was clearly frustrated.

The Rider defenders were equally strong against the run. Hamilton had 0 yards rushing in the first quarter and but 26 for the whole game. Robertson said the line was plugging the gaps and the linebackers were filling in.

Larry Dean was one of those linebackers. He spoke of the connections already made between the linebackers – himself, Derrick Moncrief and Darrell Sankey. He said, as veterans, they do not even need to talk at times to make an adjustment. He said one of them can give a look and the others know what to do on the play.

Yet for all the domination on defence and the Rider offence playing better there came a critical point when Hamilton scored a touchdown in the fourth quarter to pull within two points at 15-13.

With momentum shifting the Rider offence needed a drive and Cody led a flawless seven play for the touchdown the Riders needed.

Coach Craig Dickenson had an important decision at mid-field with the Riders third and 1. Having failed twice on third and short there was a risk. Dickenson said offensive co-ordinator Jason Maas convinced him to go. Dickenson was already inclined to take the chance. He said they needed to get the score to a two possession game and are going to be aggressive. They want to finish games with the ball in their hands and are not going to punt unless they have to kick the ball.

He said Maas choses the play and there was a stir in the press box when the Riders went into a shotgun formation. The call proved right when Jamal Morrow followed the left side of the Rider line for three yards.

The touchdown throw to Kian Schaffer-Baker was a beautiful play. Cody said they had gone four ot five times to the flat. When Duke Williams went that way the Tiger Cats switched to him leaving Schaffer-Baker one-on-one with Richard Leonard. As soon as he beat the defensive back Schaffer-Baker said he knew the ball was coming to him and he just had to be ready.

He was also ready to celebrate with a dash into Pil Country. I am not sure Dickenson wants that to become a Rider tradition though he wryly noted it was not contrary to COVID protocols.

Dickenson felt the Riders were stronger in the second half to start this season than they were in last year’s home opener when he had commented they were tired helping B.C. come back. This year he felt having exhibition games gave extra practice time and more plays at game speed to improve Rider conditioning.

It is going to be interesting to see what the Riders can do in Edmonton on the weekend after the Elks were whipped 59-15  in B.C. in their opening game. It was reported in the Edmonton Journal that Chris Jones said on the 630 CHED post-game show: