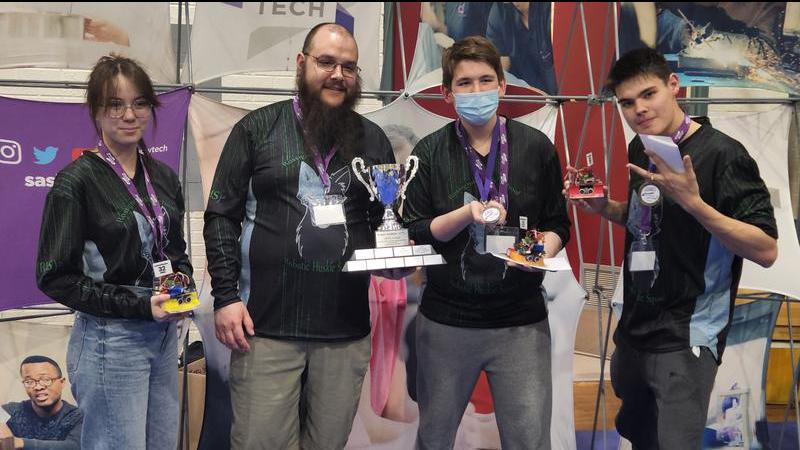 Bechard mentioned at least two of these programs are full each year.

He believes the future of robotics is promising as he looks at how students and employers hope to make tasks easier and safer. He used manufacturing as an example.

“Troubleshooting, building projects, using their hands and using the robot to support them, to hold things, to lift things. A lot of different things to have the robots in there.”

So why robotics? What is it about these programs that appeal to young people to want to take them at either the grade school or post-secondary levels?

“They’re seeing what’s happening on T.V. and on Twitter and on TikTok,” said Bechard. “The students are learning about these robotic arms in ways that integrate into the future and working with humans to solve problems or complete repetitive tasks.”

Just before the start of the new school year, the Prince Albert Catholic School Division (PACSD) announced it was expanding its robotics programs to more grades. Schools in the Saskatchewan Rivers Public School Division have had robotics courses for years.

Bechard made sure to plug the school’s annual Robot Rumble, which will take place in the spring of 2023. Last year’s first and second place winners were from Rossignol High School in Île-à-la-Crosse.