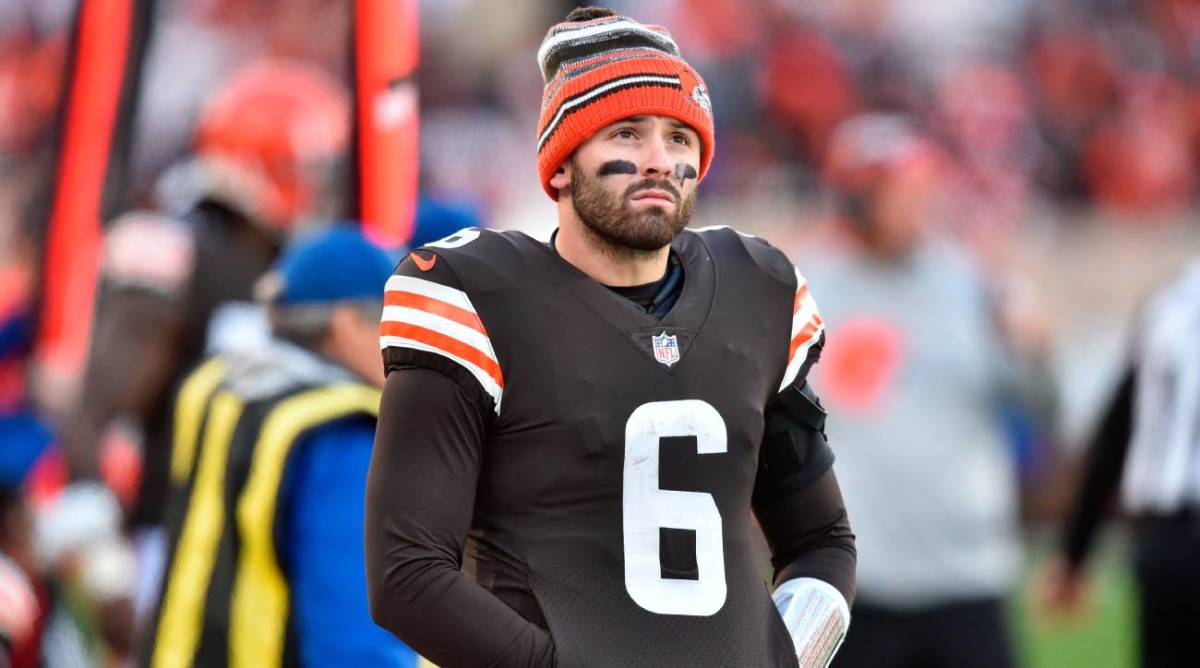 As the Browns prepare to move forward with a new quarterback, the organization still has important work to do involving its old one.

Baker Mayfield remains without a sense of direction in the wake of his trade request on March 17 and Cleveland’s acquisition of Deshaun Watson the following day. Mayfield, 26, was reportedly set to sit out prior to the Watson trade until the team honored his request.

As things currently stand, however, the market for the former No. 1 pick remains influx as teams are uninterested in taking on Mayfield’s $18.86 million salary (fifth-year option) in 2022, according to NFL Network’s Ian Rapoport.

“[It] does not seem like anybody is interested at this salary and the ‘at this salary’ part is key because Baker Mayfield is unlikely to be traded at $18 million,” he said. “If the Browns are able to eat some money, if the agent and the new team can work it out and come up with some sort of answer to how to split or deal with Baker Mayfield’s salary, then I believe he will be traded. I don’t get the sense the Browns are going to release him, certainly not imminently, maybe never.”

It was previously reported that Mayfield’s camp spoke with the Panthers and Seahawks, but Carolina is now believed to be out of the conversation and Seattle could explore a move “at the right price.” The 26-year-old has already missed out on the chance to join the Colts, his preferred landing spot, after the team acquired Matt Ryan from the Falcons.

Mayfield enters his fifth season looking to answer questions about his play and health after a trying 2021 season. He amassed 3,010 yards, 17 touchdowns and 13 interceptions in 14 starts for the 8–9 Browns.

• The Browns Will Never Live Down the Watson Trade
• Introducing the Business of Football Hall of Fame
• MAQB: What Evaluators Think Matt Ryan Has Left