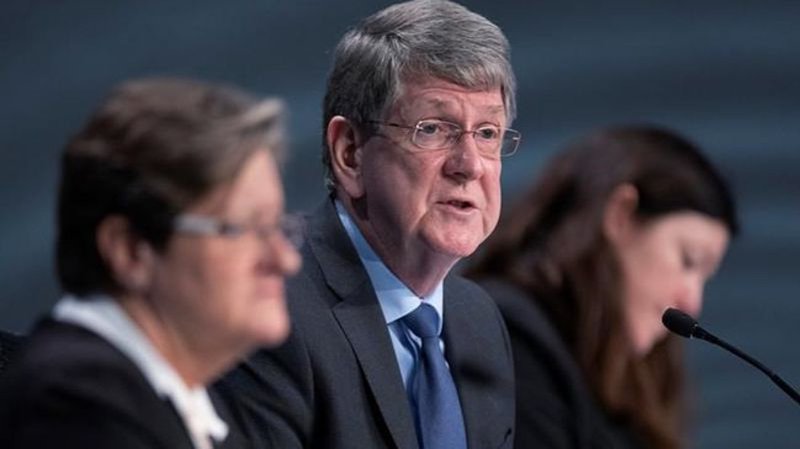 “It’s an issue we’d like to have fleshed out,” Rob Pineo, the lawyer for families of 14 of the 22 victims, said in a recent interview with The Canadian Press.

Merchant told commission lawyer Roger Burrill last August that the expected staff complement of six on his shift was often not available, leaving the “minimum” of four members on duty to cover an area two-thirds the size of Prince Edward Island. “Six is good when you have six, but a lot of times you don’t have six,” he explained. On the night of the shootings, the fourth constable on duty stayed at the entrance to Portapique to contain the area.

On Monday, Merchant and constables Stuart Beselt and Aaron Patton are scheduled to testify at the inquiry as part of a “witness panel,” and Pineo hopes to have the opportunity to probe further into these comments. “The families feel that had more personnel been on the ground that night, the results would have been different,” Pineo said.

He also speculates that having two more officers at the scene might have allowed some of them to turn left at a split in the main road and possibly intercept the killer. Instead, the three officers all proceeded straight down Portapique Beach Road, while the killer — unbeknownst to them — had shifted over to Orchard Beach Drive, the road that went left at the main intersection.

“Had more personnel been deployed and been able to pursue the perpetrator at that time, who knows how the result of the massacre might have changed?” Pineo said.

All of the officers were trained to use carbines and to respond to active shooters, a regular part of RCMP training since the 2014 killings of three Mounties in Moncton, N.B.

Merchant said in his interview there was concern about having more officers enter the scene, as they might shoot at each other. But he added, “We were kind of just running everywhere we could see. And I think it would have been beneficial to be able to have more members there.”

“If they (supervisors) had something that tracked us, they might be able to say, ‘Hey, you’re getting too close to so-and-so,’” Merchant told Burrill.

His fellow officer Beselt, however, told the inquiry lawyer there was a risk of officers shooting at each other if they separated. “When you don’t know where he is, you don’t want teams tripping over each other,” he said in his interview last July.

Pineo hopes cross-examination under oath of the front-line constables and their superiors will be able to explain the various views. “It seems to me that different teams could have been deployed with code words or with communications between the different groups saying where they were in different times,” he said.

Records sent to the public inquiry indicate the local municipality first raised concerns years ago about staffing shortfalls due to absences, transfers and illness.

“In recent years, municipal council has been concerned about increasing numbers of officer positions that were nominally staffed but did not provide an active officer on duty,” Colchester CountyMayor Christine Blair said in a Dec. 14, 2021 letter to the inquiry. The “municipality has been raising this concern with the RCMP … since 2015.”

An internal 2019 review of the RCMP Colchester district found that, on average, the 28 front-line officers in the district were off work a combined 171 hours annually due to sickness and various forms of family leave. The review went on to suggest six more officers were needed to ensure community policing standards were met.

Blair said last month in a statement to The Canadian Press that the matter of hiring more officers has been referred to an external consultant for a review.

She said while the council was “receptive” to hiring more officers, it wants to create a policing system where more officers are based in small communities around the county, rather than the current — more centralized — system the RCMP uses, where most staff are based in Bible Hill, N.S.

She said the municipality will soon decide on either a “modified” RCMP policing system or switching over to a municipal police force.

This report by The Canadian Press was first published March 27, 2022.