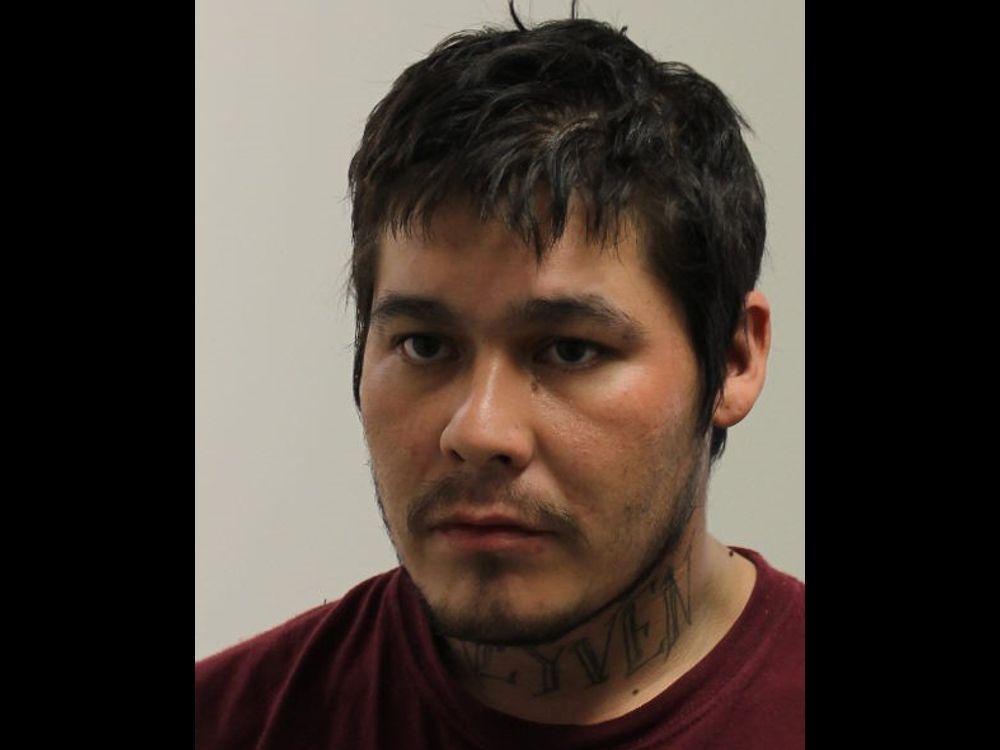 RCMP have issued a warrant for the arrest of Matthew Barker, 31, of Swan River, Man.

Saskatchewan RCMP have issued a warrant for the arrest of a Manitoba man who evaded officers in a stolen vehicle.

On Monday, officers attempted to stop a truck in Aylsham, RCMP said in a release. The driver fled the scene and drove out of the community heading south. Police last saw the truck at about 10 p.m.

Police determined the truck was stolen. It was located abandoned in a rural area in the RM of Bjorkdale on Tuesday.

Matthew Barker, 31, of Swan River, Man. has been charged with possession of stolen property over and under $5,000, trafficking stolen property, fraudulently personating another person with intent to avoid prosecution, failing to stop while being pursued by peace officer, dangerous operation of a conveyance and failure to comply.

RCMP say they are actively trying to find Barker and ask that the public is asked not to approach him as he may be armed and is considered dangerous.

Barker is described as 5’11” tall and approximately 250 pounds, with black hair and brown eyes. He has numerous tattoos on his forearms and a large tattoo on his neck.

Anyone with information is asked to contact their nearest RCMP Detachment or police service. Anonymous tips can be reported by calling 1-800-222-8477.