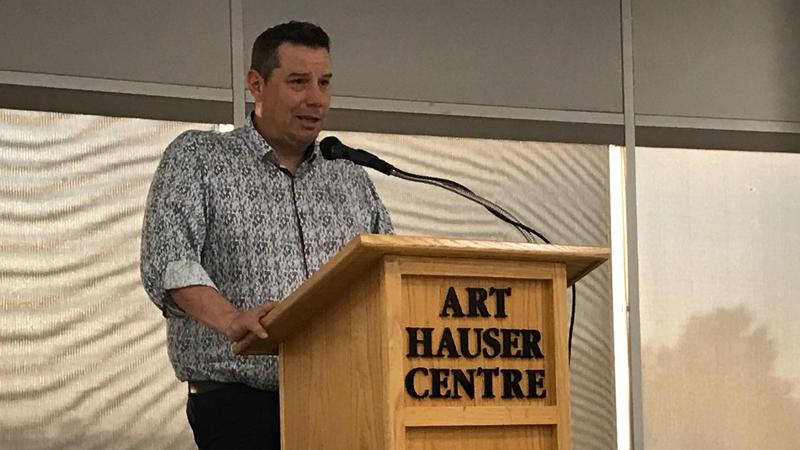 General Manager Curtis Hunt spoke on the hockey side of the year. The team battled their way into the postseason and even gave some fits to an ultra-talented Winnipeg ICE squad, winning game four at the Art Hauser Centre to prolong their season.

“For those guys to get that win, it may seem insignificant when you see it on paper in the history books,” Hunt said. “But for the group that plays in that, that understand head-to-head every shift… it’s that mentality that will help drive or help separate out. There are kids that say ‘I don’t want to do that, that was hard.’ There are kids that say ‘I want that, that was fun, and I want to be better for it.’ That’s where I see the success.”

With a larger training camp this season (complete with two full drafts worth of players making their camp debuts), the team thought outside the box in terms of bringing invites in, doing different activities, and revamping the overall experience. That, coupled with an influx of young talent, left the team with a promising feeling ahead of the regular season.

“I felt, maybe this was one of the best camps we’ve ever had,” Hunt said. “Certainly, the feedback we get from parents and players was that was fun. It was hard, but it was fun.”

Hunt added the team ranked second in the entire Canadian Hockey League in terms of CHL Live viewership out of all 60 teams over the last year.