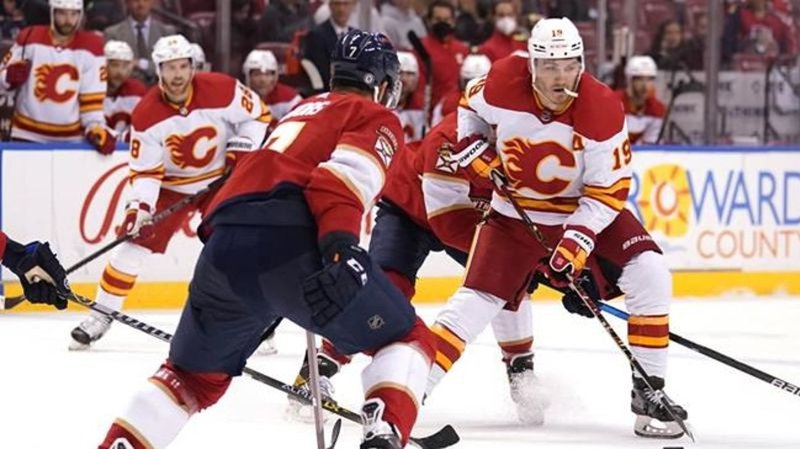 And for Thornton, a deflection — a power-play tip of a shot by Montour — late in the first period for a 3-2 Florida lead only added to his resume.

His first goal came on Dec. 3, 1997, and he has now scored in every calendar year since — 26 consecutive years and counting.

Bobrovsky’s previous high this season for saves was 43. It was the fourth time in his career that he stopped at least 47 shots — and ended the game stopping the last 41 shots that he saw.

Calgary came into the game with a 9-2-2-2 record all-time when visiting Florida’s FLA Live Arena, the best mark of any NHL team when playing at the Panthers’ current home (excluding Seattle, which is 1-0-0 after winning at Sunrise earlier this season in its debut trip there).

That was a point percentage of .733. It’s no longer the best by a visitor to Florida’s rink.

NOTES: It was Markstrom’s first game on Florida’s ice since Feb. 6, 2018, for Vancouver. He played in 20 games between 2011 and 2013 at FLA Live Arena, when he was with the Panthers. … Duclair now has four goals in his last four games. … There have been four goals scored by 40somethings in the NHL this season, all of them by Thornton. … Montour also had three assists on Dec. 12, 2018, for Anaheim against Dallas.