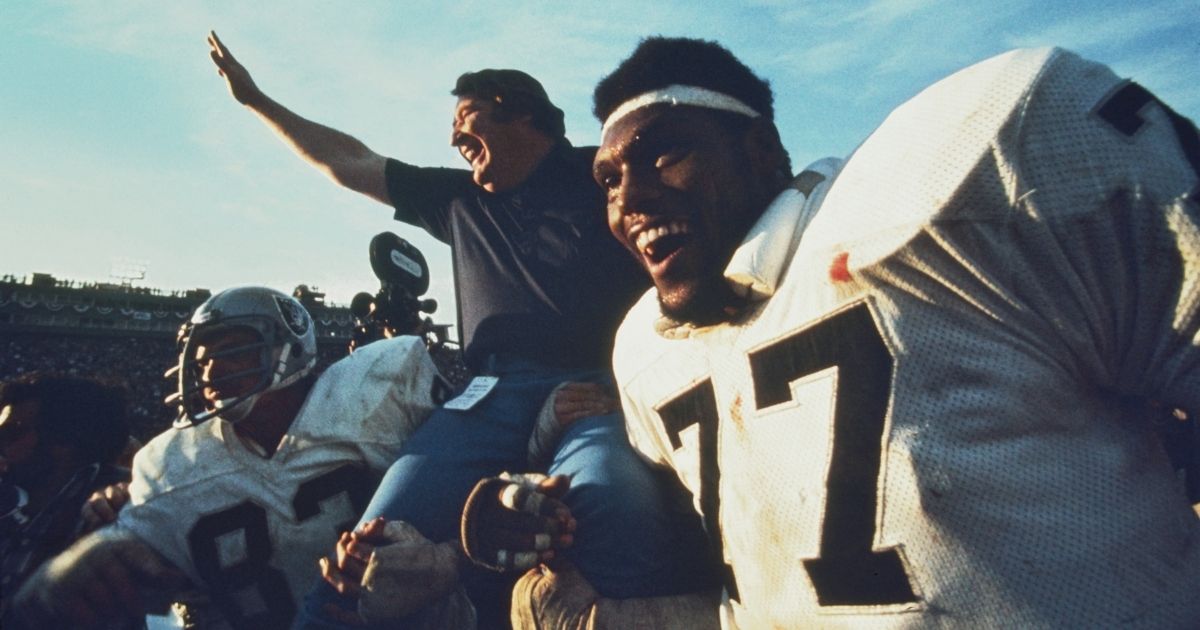 On Tuesday, NFL legend John Madden died unexpectedly at the age of 85. Just hours later, a woke Texas professor launched a sick attack on the football icon on Twitter.

Dallas College history professor Andrew McGregor baselessly accused the Hall of Fame coach and broadcaster of racism for one of the key elements of his legacy: the popular “Madden” video game series.

“I have a lot of opinions on John Madden,” McGregor wrote, according to the Washington Examiner.

“The creation of the Madden video game was not a great development for the U.S.,” he wrote. “It further glamorized violence and dehumanized Black athletes, helping to establish plantation cosplay that has grown worse in the era of fantasy football.”

He went on to say the video game “distanced the reality of the violent sport from fans, and transformed human behaviors into artificial numbers and simulations.”

“It glamorized athletes, using their name for profits while encouraging fans to disregard the humanity,” McGregor wrote. “Madden built a digital plantation.”

After facing a backlash for his comments, he locked his account.

After years of development, “John Madden Football” was released for the Apple II computer in 1988. Since then, the game has evolved into an annual release by EA Sports for all major gaming platforms.

More than a game. ❤️ pic.twitter.com/vtn6HlMj1p

As a coach of the Oakland Raiders for nearly a decade, Madden led the team to a Super Bowl victory and never had a losing season. He still holds the best winning percentage by an NFL head coach (minimum of 10 seasons) at .759.

After he retired from coaching, Madden became a commentator for the sport, where he gained even more notoriety.

Over his long career in the sport, Madden had countless interactions with players, many of whom were black. None of them had a bad word to say about him following his death.

Watching all the people Coach Madden has touched this week has been special – Obviously – He touched me too, and the relationship we had on the field and in the @EAMaddenNFL game remains precious to me to this day! https://t.co/qUVOea5E24

Rest In Peace to a Legend! Prayers to the Madden Family. 🙏🏽 https://t.co/4zvhu5vEUd

A coaching and broadcasting legend and loved by all. You will be missed. RIP John Madden pic.twitter.com/Xj3IjVQ6Gl

John Madden is football! So many people know the game because of his last name. He was a legend and great ambassador for the game. RIP

Not only did I get to be in the game as a player on the game but also he put my offense in the game and actually reached out to me about it. True legend!! The 🐐!!! My favorite was his team rule!!! “Play like hell when I tell you too” R.I.P. Mr. Madden

.@stefondiggs is honoring John Madden with these cleats ❤️

Many players have documented themselves playing the Madden video game that apparently depicted them as part of a “plantation cosplay,” as McGregor put it.

If black players really thought the game turned them into slaves, would they be playing it for fun? That certainly seems unlikely.

In addition, McGregor himself indicated that he had played the video game in a 2017 tweet.

For all these reasons, it seems clear that McGregor’s accusations of racism and slave culture in the Madden video game have absolutely no merit.

They are yet another example of woke leftists politicizing a death in an attempt to push their distorted agenda.