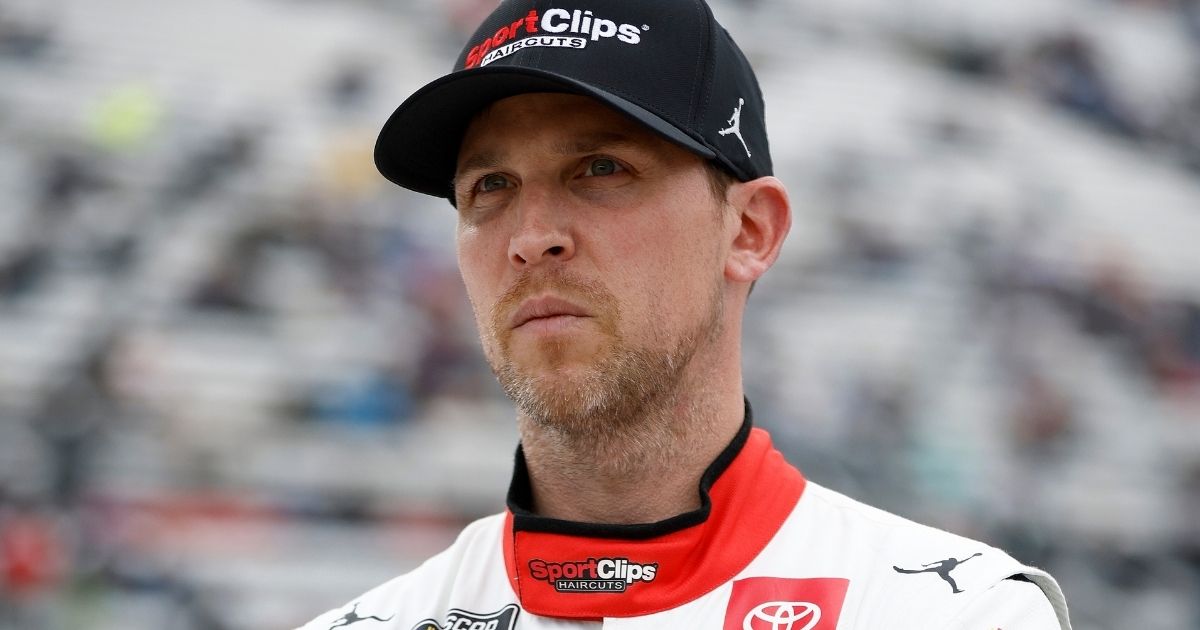 When NASCAR star Denny Hamlin posted a video poking fun at fellow driver Kyle Larson for a wreck that took place during this week’s Geico 500, he might have suspected Larson would jab back at him.

But he probably did not expect NASCAR itself to require sensitivity training for him as a result of the joke.

In the since-deleted tweet, Hamlin posted a video that began with a clip from the show “Family Guy.” It showed an Asian woman in a car, but she was labeled as Kyle Larson.

“How much signal I need to cut across eight lanes?” the woman said. “None? I turn now. Good luck, everybody else!”

The video then cut to footage of Larson during Sunday’s wreck, implying Larson had been as reckless as the woman in the clip.

While the clip certainly had racial undertones, it was from a show that airs regularly on Fox. It could be considered edgy, as could most of the humor on “Family Guy.” But everyone who watches the show understands it is comedy and should not be taken too seriously.

At the same time, Larson’s Japanese heritage did not help matters for Hamlin. While Larson was born and raised in the U.S., his mother is Japanese-American, Sportscasting reported.

Hamlin and Larson are close friends, according to WCNC-TV. Given that context, it is likely Hamlin was just giving his buddy a hard time.

Nonetheless, NASCAR did not find Hamlin’s joke amusing. The league ordered Hamlin to complete a course in sensitivity training as a result of the tweet.

Even before NASCAR’s decision, Hamlin took down the tweet and issued an apology.

“I took down a post I made earlier today after reading some of the comments,” Hamlin wrote. “It was a poor choice of memes and I saw how it was offensive. It came across totally wrong. I apologize.”

I took down a post I made earlier today after reading some of the comments. It was a poor choice of memes and I saw how it was offensive. It came across totally wrong. I apologize.

According to WCNC, NASCAR has official mandates against racial insults.

NASCAR members “shall not make or cause to be made a public statement and/or communication that criticizes, ridicules, or otherwise disparages another person based upon that person’s race, color, creed, national origin, gender, sexual orientation, marital status, religion, age, or handicapping condition,” the rule book says.

“We have spoken with Denny Hamlin regarding his tweet from yesterday,” the statement said. “Toyota supports NASCAR’s decision to mandate sensitivity training for Denny and we will all move forward together.”