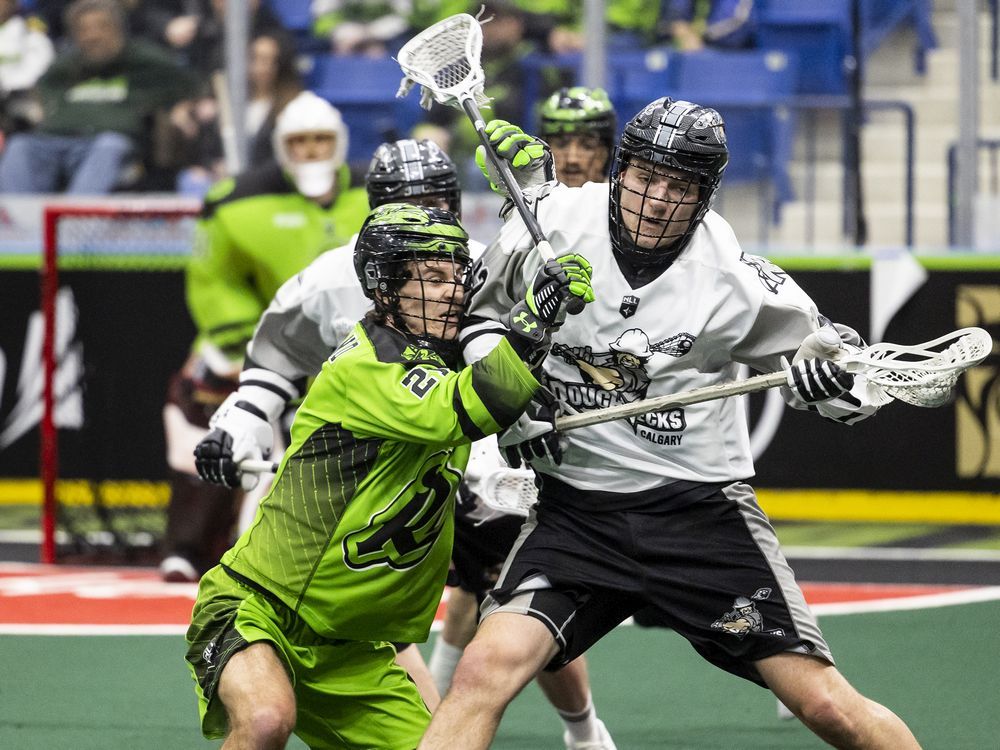 Battling West Division rival Calgary Roughnecks, the Rush gave up six unanswered goals in an 8-6 loss during a penalty-filled contest before 9,427 fans at SaskTel Centre.

Saskatchewan slips to 4-10 in the National Lacrosse League this season and remains last in the West Division.

The Roughnecks, who improved to 5-7, scored five power play goals on 11 chances to propel them to victory.

Saskatchewan was 3-for-7 with the man advantage.

“It kind of turned into a power play contest and theirs was better than ours tonight,” said Rush head coach Jeff McComb, whose team led 3-2 after the first quarter and appeared to go up 4-2 early in the second only to see a goal by Mike Messenger get waved off on a successful challenge by Calgary.

“It was a tough game to play. The refereeing was pretty inconsistent on both sides. I don’t think guys knew what was going to be a penalty and what wasn’t.”

Mark Matthews figured in all six Rush goals, scoring four of them and adding two assists.

“It was a poorly executed game on our part and I thought the slow pace of the game, with all the penalties, was not in our favor and, obviously, we didn’t capitalize enough on the power play,” offered Matthews, whose team took four straight penalties in the second quarter and 14 minor penalties overall.

Robert Church added a goal and four assists for Saskatchewan. Dan Lintner chipped in with one goal and one assist.

“There was no flow to that game,” said McComb. “As soon as you got a couple of possessions, there was a penalty one way or the other. So that made it tough to get into a five-on-five flow. I thought we did a good job, after we got down there, we didn’t quit. We battled back and we had lots of chances to get right back into it and almost got back into it. At the end of the day, you can’t give a team 11 power plays and kind of expect to win.”

The Rush trailed 8-3 early in the fourth quarter before mounting a comeback attempt.

“I wasn’t happy with our discipline but I was really happy with the way we battled back after we got behind the 8-ball and stuck to it,” continued McComb. “We’ve got to find a way to score goals. It’s not just our O. We had chances on the power play. We had chances in transition. We get I don’t know how many two-on-ones, three-on-two breakways tonight and we didn’t score on them. That’s not just our offence; it’s our whole team. We’ve got to do a better job and find a way to get the ball in the net.”

Eric Penney had 35 stops for the Rush.

Christian Del Bianco made 48 saves in the win for Calgary.

“I’m sick and tired of saying we ran into a hot goalie,” said McComb. “Honestly, he’s one of the better young goalies in the league but, if you look at his save percentage on the year, he’s in the bottom third of the league and his best two games of the year have been against us, earlier in the year and tonight, and it seems like every team we play, their goalie has their best game of the year. At some point, it’s not the goalies. Like, we have to do a better job shooting.”

Overall, the Rush took 28 of 48 penalty minutes in the game.

“That’s very uncharacteristic of us as a group, two penalties lipping off the ref, myself included,” said Matthews. “It’s not us. It’s terrible. We’re out of character when all that stuff goes on. Everything gets out of whack.”

RUSH HOUR : Rush has four games remaining in the regular season, including its next home game April 9 against the Vancouver Warriors. Three of the four games are on home turf at SaskTel Centre … The Rush activated Clark Walter after placing Marshall Powless on the COVID protocol list from the active roster. Walter did not play Saturday.