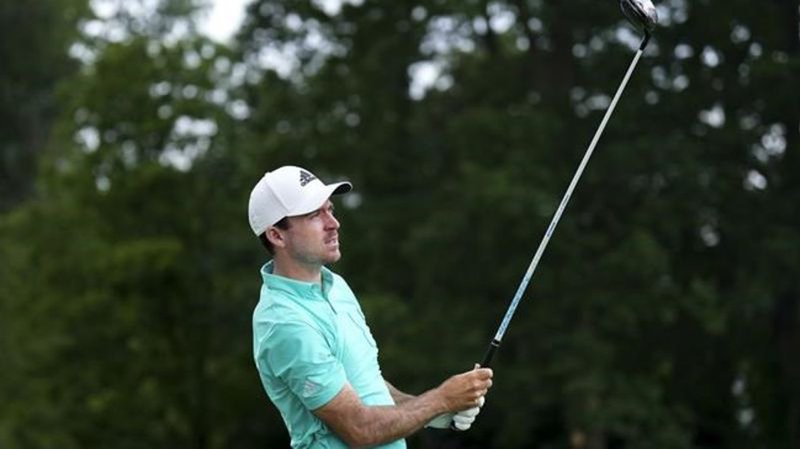 Taylor finished the day with a 3-under 67 round to tie for 15th at 5 under overall. Sitting six shots back of co-leaders Rory McIlroy and Tony Finau, Taylor plans to just focus on his own game for Sunday’s final round.

“I’m probably not going to do much leaderboard watching, just keep my head down,” said Taylor. “I’ll see tonight what the lead is and have an idea of probably where I want to get to.

“But it’s such a jam-packed leaderboard and there’s a stretch of holes where you can really get after it so if I’m kind of hanging around through No. 8 then I think I have a decent chance.”

Corey Conners of Listowel, Ont., was a shot back of Taylor to head into the final round tied for 19th. Conners had a 4-under 66 on Saturday, his best round of the tournament.

“I feel like I’ve continued to learn every day,” Conners said about St. George’s Golf and Country Club. “I feel like I had a good game plan starting the week, but there’s a lot of little tricks and slopes, that I’m continuing to learn about.”

Conners pulled on a Toronto Maple Leafs sweater to putt on the 16th hole, making the most of the hockey-like atmosphere.

“Not really usually a guy that will do something like that, but huge Leafs fan, so it was cool,” Conners said, adding that he had kept the jersey in his bag for the first couple of rounds in case he had a key putt to make on No. 16.

McIlroy won the Canadian Open in 2019 at Hamilton Golf and Country Club but the event was cancelled in 2020 and 2021 due to the COVID-19 pandemic. Both Taylor and Conners noted that the fans were excited by having a PGA Tour event back in Canada.

“We only have one event per year in Canada. With a two-year absence, I think there’s definitely a nice energy out there,” said Taylor. “Especially for a lot of Canadian crowds to see Canadian players fires them up.

“I saw Corey played well today, so he’ll be up there tomorrow hopefully give them something more to cheer about.”

This report by The Canadian Press was first published June 11, 2022.