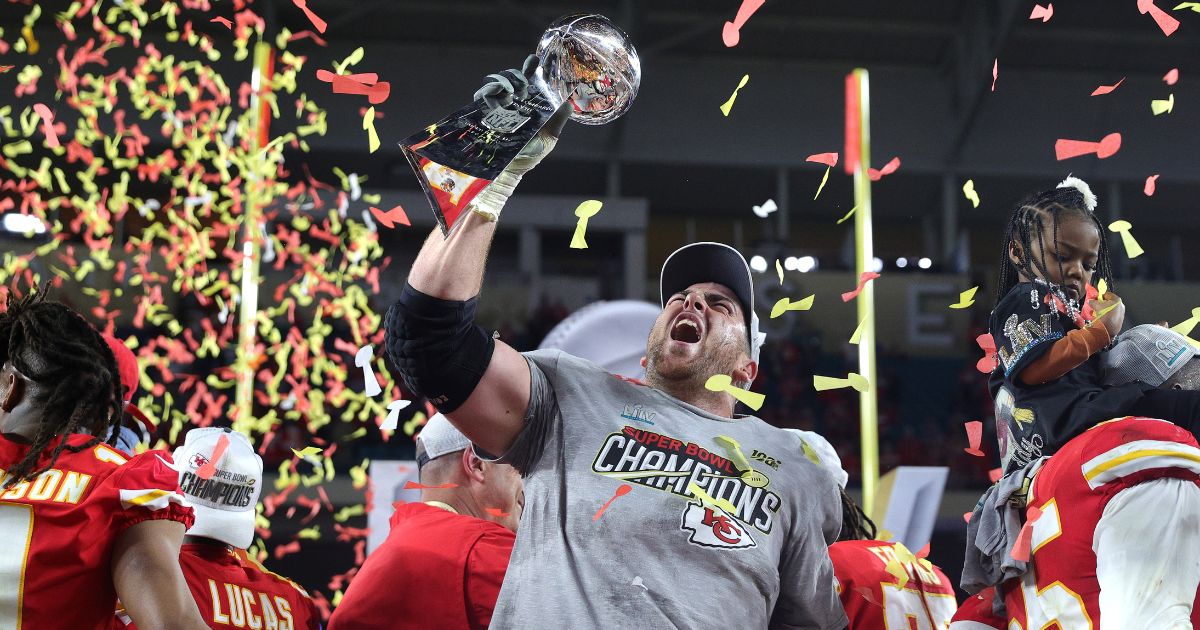 Laurent Duvernay-Tardif is built for football. At 6 feet, 5 inches tall and 321 pounds, the Canadian also has made a name for himself in the professional ranks.

He has played six seasons in the NFL. An offensive lineman, he helped the Kansas City Chiefs win the 2020 Super Bowl, he finished last season with the New York Jets, and now he’s a free agent.

But football isn’t his only passion — it’s just one part of it. Duvernay-Tardif, 31, is serious about health and physical activity, and to that end, he’s had a career in sports while pursuing his goal of becoming a physician.

“It’s all about balance,” he urges kids he meets at conferences, according to his website. “Don’t give up on your passions!”

While he says he’s not retiring, he is taking a break from football to focus on getting one step closer to his medical goals.

This ‘Dumb S***’ Will Cost Us the House: AOC Blasted by Dem Mastermind as 2022 Red Tsunami Builds

In 2018, he completed his doctorate in medicine as well as a master’s degree in surgery from McGill University in Montreal.

On Wednesday, he told The Canadian Press that next month he will begin a residency program at a hospital in the Montreal area as he works toward becoming a physician.

Free-agent offensive lineman Laurent Duvernay-Tardif is pausing his NFL career again to begin medical residency but says he is not retiring:https://t.co/Tj5bnt4e6W

He also said he plans to reconsider his football career in the fall.

“I’m going to prioritize medicine … and we’ll see in September if there’s a fit,” Duvernay-Tardif said, according to ESPN. “After (playing) in the NFL, and I don’t want to sound pretentious by saying this, but I think I’ve earned the right to do what’s best for me and not just for football and kind of bet on myself a little bit.

“I’m really comfortable with the risk, and I’m pretty confident there’s going to be an offer on the table in September if I want it. And if I want it, I’ll take it.

“If medicine is going well and I feel like I’ve got to be out there in front of 80,000 people to play the sport I love, well, I’ll go, but I think I want it to be more on my terms.”

He shared his decision to take a break from football on social media on Thursday.

“Proud to announce that I will be beginning my medical residency at McGill University in July of 2022,” he posted on Facebook. “It’s been four years since I graduated with a medical degree and now it’s time to start the last leg of my education.

Laurent Duvernay-Tardif is starting a residency program at a Montréal-area hospital next month, but he’s not shutting the door on the NFL just yet 👨‍⚕️🍁 pic.twitter.com/3F3MSYxrfW

“I have been working on my residency applications since November 2021 and it’s so rewarding to see those efforts paying off.

“It hasn’t been easy to turn down contract offers from NFL teams in the past few months and I’m not closing the door on a return to the NFL. However, it was important for me to start my residency this summer … so I don’t fall behind on my medical training. I will then be able to reevaluate my options in football starting in September.”

With a successful career in sports to back him up and a bright potential future in medicine, Duvernay-Tardif certainly possesses the  combination of brains and brawn.

Amanda holds an MA in Rhetoric and TESOL from Cal Poly Pomona. After teaching composition and logic for several years, she’s strayed into writing full-time and especially enjoys animal-related topics.

As of January 2019, Amanda has written over 1,000 stories for The Western Journal but doesn’t really know how. Graduating from California State Polytechnic University with a MA in Rhetoric/Composition and TESOL, she wrote her thesis about metacognitive development and the skill transfer between reading and writing in freshman students.
She has a slew of interests that keep her busy, including trying out new recipes, enjoying nature, discussing ridiculous topics, reading, drawing, people watching, developing curriculum, and writing bios. Sometimes she has red hair, sometimes she has brown hair, sometimes she’s had teal hair.
With a book on productive communication strategies in the works, Amanda is also writing and illustrating some children’s books with her husband, Edward.