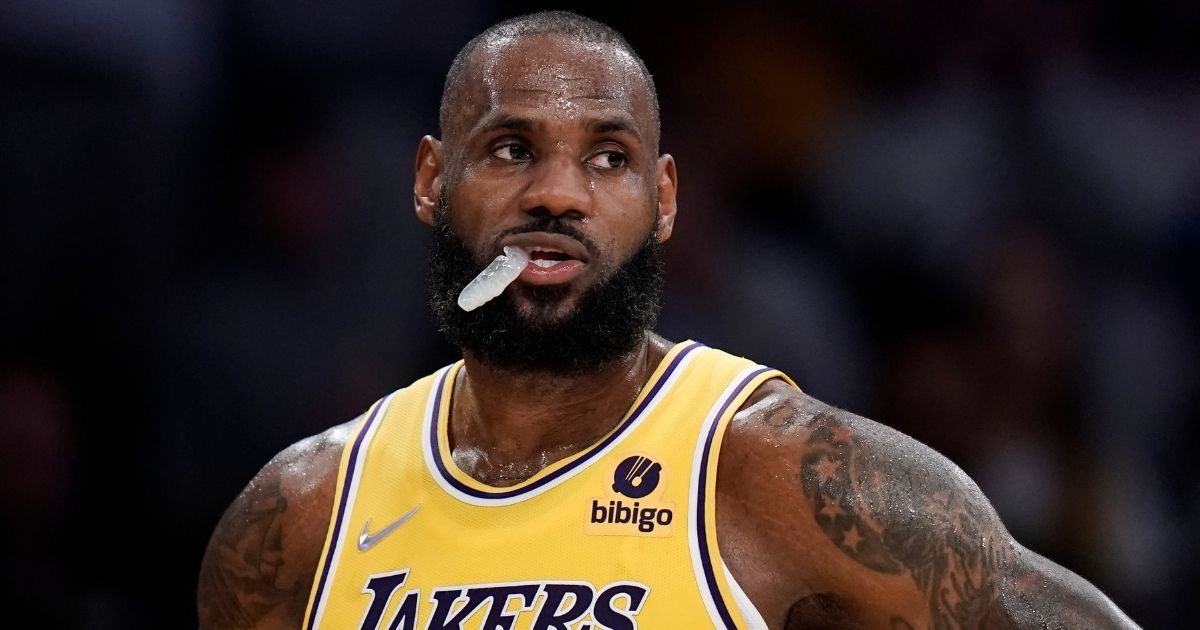 Fans who hated him on the big screen didn’t like LeBron James much better on the hardwood either.

A new study from Betonline.ag compiled negative tweets about players and found that James was far and away the winner.

We scoured the internet over the last days to figure out which NBA player is the most hated.

The answer will *NOT* surprise you. pic.twitter.com/TskOKfXoGR

The news came even as James officially became the winner of several awards given to the worst cinematic abominations of 2021.

James had been nominated for multiple Golden Raspberry Awards, which are commonly known as the Razzies, as part of his performance in “Space Jam: A New Legacy,” which lost out in the competition for worst picture to “Diana The Musical.”

“Dribbling into second place with three ‘wins’ was Space Jam: A New Legacy, more of a remake than a sequel, called out as a 115 minute commercial for all things WarnerMedia,” the Razzies site announced.

“Basketball phenom LeBron James was the MVP in both Worst Actor and Worst Screen Couple (along with all those cartoon co-stars and product plugs) while the film itself was chosen Worst Remake/Rip-Off or Sequel,” the site announced.

In a press release announcing the nominations, the Razzies referred to the film as, “That 115 minute Time/Warner corporate sales reel posing as a family film, Space Jam.”

James “most likely dunked his chances for basking in the cinema limelight by starring in Space Jam,” the Razzies release said.

Fans Vote @KingJames ‘Most Hated Player’ in the @NBAhttps://t.co/w0BepatBMW

Lebron James will go down as the most hated superstar of all time, and it’s well deserved

Critic Katie Walsh, writing in the St. Louis Post-Dispatch, called the film “an upcycled Frankenstein’s monster of intellectual property spraying a stew of Easter eggs and Halloween costumes at the viewer, praying that something sticks.”

Walsh said the film leaves viewers “feeling as if they’ve been hit by a truck driven by Bugs Bunny, synapses fried by one of Wile E. Coyote’s sticks of dynamite.”

“If that’s the rubric by which we’re measuring success, it’s indeed successful. But when it comes to cinema, this is a ransom note, not a love letter,” she wrote.