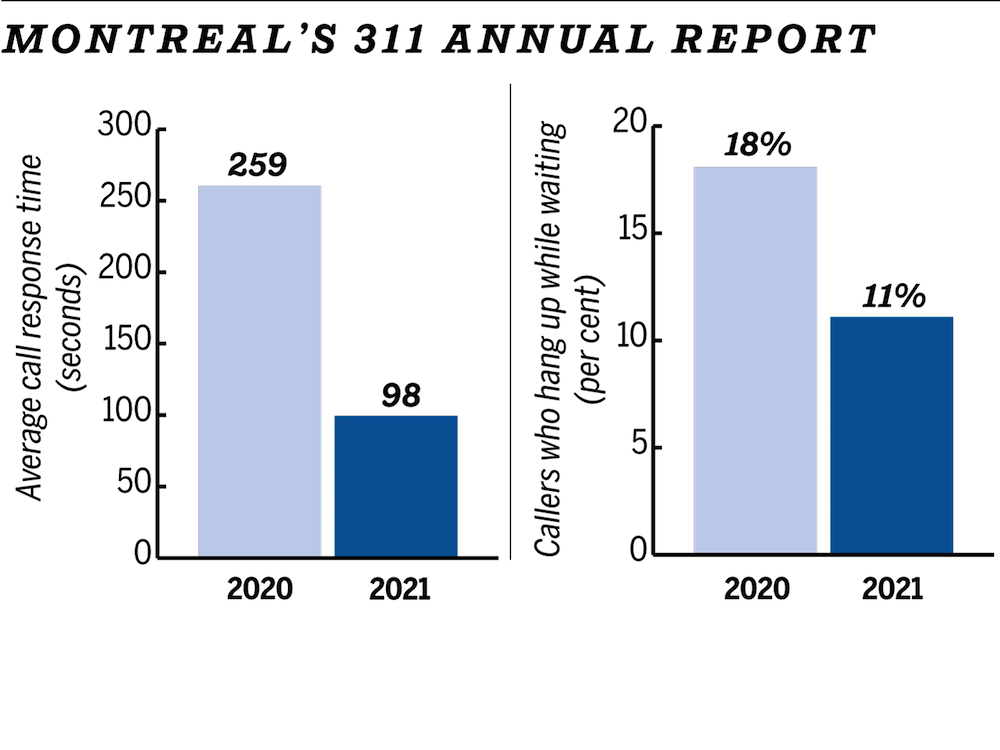 The average call response time decreased by 63 per cent in 2021, to one minute and 38 seconds, according to the annual report on 311 service, presented to the city’s executive committee on Wednesday.

In 2020, it took an average of four minutes and 19 seconds to answer calls.

Three-quarters of calls were answered within a minute and 40 seconds in 2021, compared to just half in 2020, it said.

The improvement was partly due to fact that 12 of the city’s 19 boroughs have joined together to pool 311 services, said Josée Bédard, director of citizens’ experience and communications, during a presentation to the city’s executive committee.

Residents can contact 311 for information on everything from garbage collection to taxes.