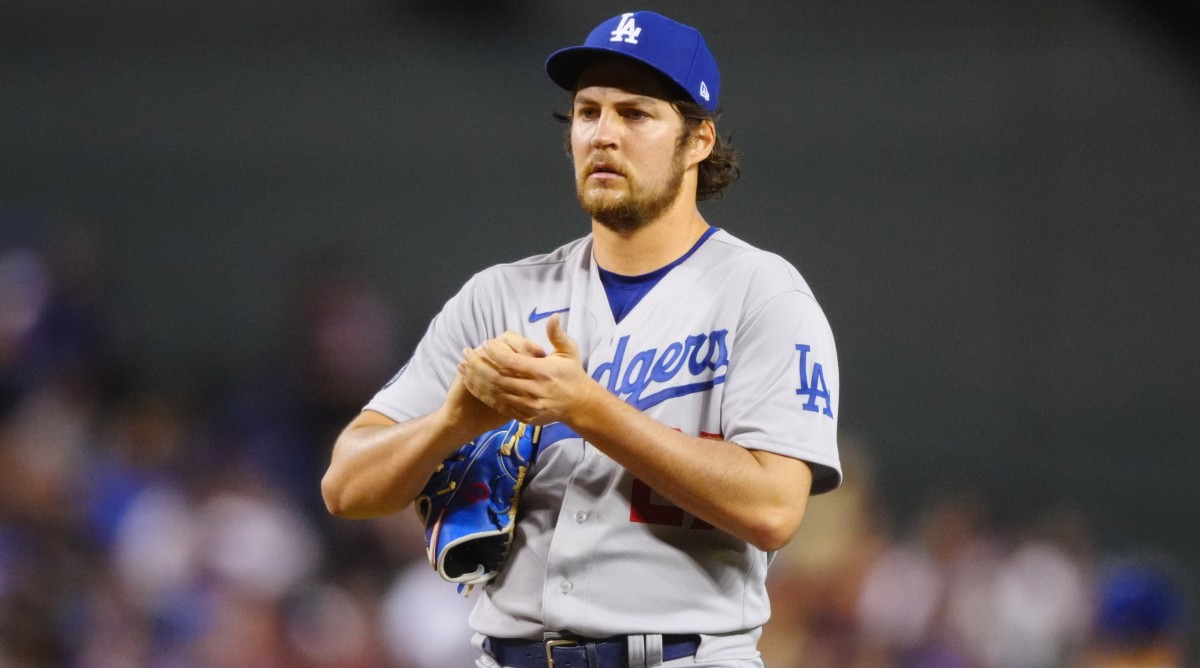 The two-season suspension is the longest the league has ever issued for domestic violence, and if it is upheld, it likely means Bauer has thrown his final pitch for the Dodgers. The previous record was a one-season ban of free-agent pitcher Sam Dyson last March.

Bauer is expected to become the first player in history to appeal a suspension levied under the joint domestic violence agreement. Typically the league and the players’ association reach a settlement on punishments. Bauer has maintained his innocence, and tweeted on Friday, “In the strongest possible terms, I deny committing any violation of the league’s domestic violence & sexual assault policy. I am appealing this action and expect to prevail. As we have throughout this process, my representatives & I respect the confidentiality of the proceedings.”

“Commissioner Robert D. Manfred, Jr. announced today that following an extensive investigation by MLB’s Department of Investigations, Los Angeles Dodgers pitcher Trevor Bauer has received a suspension for 324 championship season games (representing two full seasons) without pay, effective today, for violating Major League Baseball’s Joint Domestic Violence, Sexual Assault and Child Abuse Policy,” the league said in a statement. “In accordance with the terms of the Policy, the Commissioner’s Office will not issue any further statements at this point in time.”

“Today we were informed that MLB has concluded its investigation into allegations that have been made against Trevor Bauer, and the Commissioner has issued his decision regarding discipline,” the Dodgers said in a statement. “The Dodgers organization takes all allegations of this nature very seriously and does not condone or excuse any acts of domestic violence or sexual assault. We’ve cooperated fully with MLB’s investigation since it began, and we fully support MLB’s Joint Domestic Violence, Sexual Assault, and Child Abuse Policy, and the Commissioner’s enforcement of the Policy. We understand that Trevor has the right to appeal the Commissioner’s decision. Therefore, we will not comment further until the process is complete.”

The league’s investigation is complete as of this week, according to a person familiar with the process. League officials interviewed Bauer over a several-day period ending last week. The league and the union agreed on March 18 to extend Bauer’s administrative leave by a month in the hopes of reaching a resolution by April 16 but twice extended it an additional week, until Friday, to finish the interviews.

On June 29, 2021, a woman filed a petition seeking a restraining order after she said Bauer assaulted her during two encounters of rough sex that began as consensual. She said he choked her until she lost consciousness, sodomized her and punched her hard enough that she sought treatment at a hospital. Bauer and his representatives have denied the allegations.

The woman was denied the restraining order after a hearing in August. The court ultimately found that the woman’s claims were “materially misleading,” and Los Angeles Superior Court Judge Dianna Gould-Saltman said the only evidence of anything happening while the woman was unconscious was from being “hit on the butt.” And in February, the L.A. County district attorney’s office announced it would not press charges against Bauer. The joint domestic violence agreement gives MLB the right to suspend a player even if charges have not been filed.

Bauer has filed at least three lawsuits in response, two against media outlets and one against the woman, seeking damages for defamation.

Bauer’s suspension begins Friday. In February 2021, he signed a three-year, $102 million contract with the Dodgers, at that point the highest average annual value for a pitcher in history. His suspension would carry him through the end of the deal.