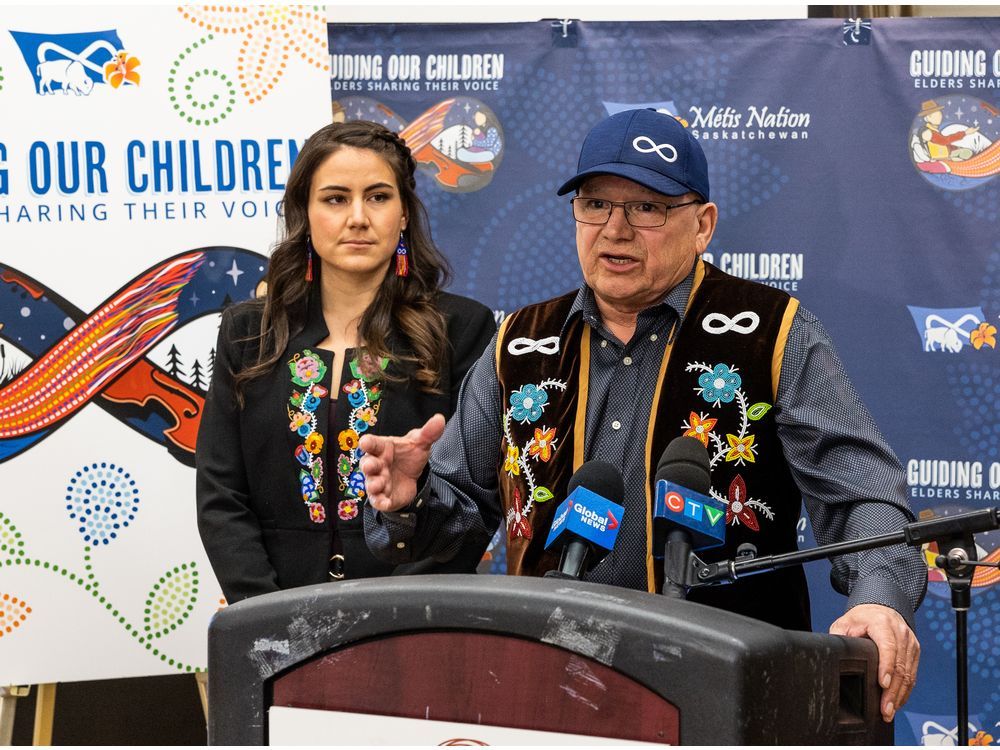 “It just shows we are not the forgotten people anymore,” one MN—S minister said.

The federal government pledged almost $3 million for a novel Métis education program on Friday as a once “forgotten” community takes command of teaching its languages and culture.

Federal Families Minister Karina Gould said the cash will fund the Miyo Kiskinahamatowin ashi Sitokatowin: Awasisak Teaching and Supporting our Children program, which will aim to foster Métis language and culture for young families in Pinehouse Lake as kids begin their first years of school.

“The ultimate goal is to improve early development and school readiness for children,” Gould said.

Gould made the announcement at the Métis Nation—Saskatchewan’s early learning and childcare conference on Friday, which emphasized the importance of passing down language and tradition from Métis elders to children.

In recent years MN—S has secured agreements with local school districts and provincial partners to offer early childhood instruction in the Dene and Michif languages at 11 schools in the province, including roughly 300 kids.

MN—S Minister of Early Learning and Childcare Tim Roussin said the goal is to offer those classes in all 12 Métis regions of the province by next year.

“Through this program, our elders share their gift of language and knowledge with our children, families and communities,” Roussin said. His own mother was punished for speaking Michif in school, in stark contrast to how learning the language is encouraged today, he said.

“It just shows we are not the forgotten people anymore. We are here. We are present. We are doing things our way,” MN—S Child and Family Services Minister Kathy Pruden said.

An MN—S spokeswoman said the project will work with “a significant number of families in the community over an extended time” with a goal of improving early development and fostering Métis identity. Gould said the project may serve as a test to see whether similar initiatives could yield benefits in other Métis communities in Saskatchewan, or the country as a whole.

“It’s that interaction and that engagement between elders, young children and their families that I think is going to make this program a success,” she said.

The 2021 federal budget included $2.5 billion for Indigenous-led childcare and early education programming. That same budget also introduced a $30 billion project to expand access to childcare nationwide, with a goal of achieving a price as low as $10 a day in partner provinces and territories.

MN—S President Glen McCallum said projects like the one being launched at Pinehouse Lake help reverse wrongs done by the residential school system that sought to strip Indigenous peoples of their culture.