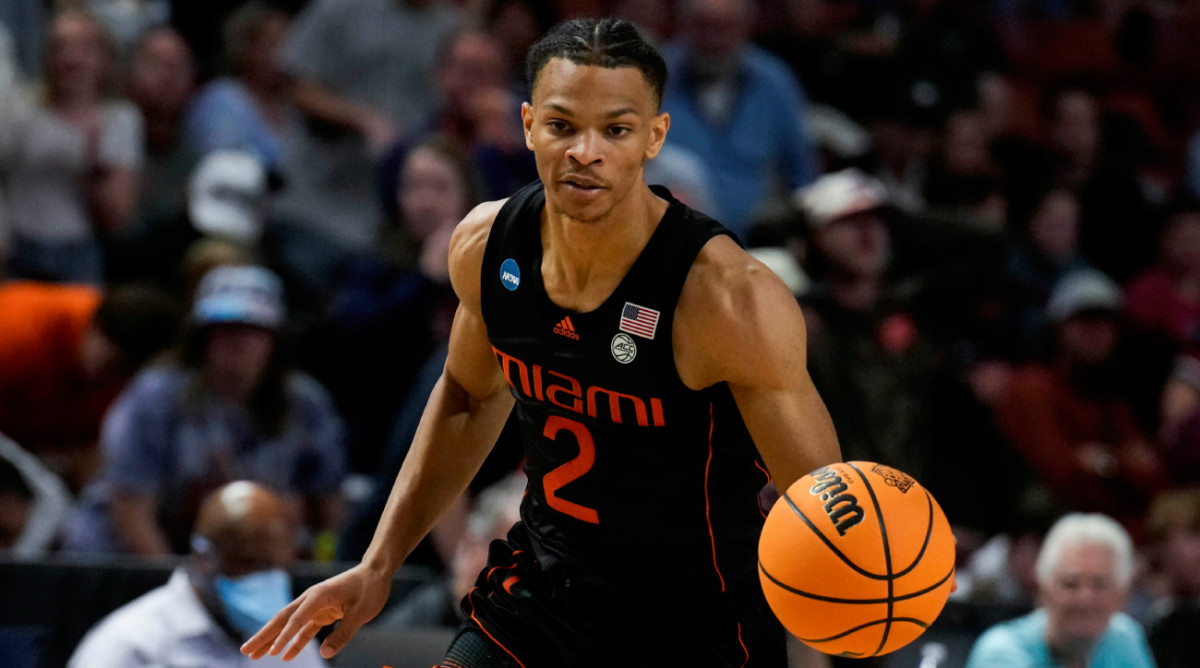 Miami guard Isaiah Wong has spoken out about the rumors involving him threatening to enter the transfer portal if his NIL desires are not met.

On Friday, Wong’s agent Adam Papas spoke with ESPN about the guard’s desire to earn more money with NIL deals. Wong entered the NBA draft earlier this week, with the option of withdrawing and returning to college, but Papas said if the guard’s NIL compensation wasn’t increased, he would additionally enter the transfer portal. Wong was not quoted on Friday.

This lead Wong to post a statement on Twitter Friday night stating that Papas’ comments were not approved by Wong ahead of time, and that they were essentially false.

“The recent statements made without any authorization on my behalf do not reflect my views and in no way was I willing to jeopardize my relationship with LifeWallet or the University of Miami,” Wong said. “After discussing the matter with my family I was able to clarify my intentions and resolve any misunderstandings with both organizations and have since agreed to move forward with established agreements made prior to any confusion. My priority is to act with the highest level of character and integrity. Any further statements will be made by me personally.”

Ruiz tweeted following Wong’s statement, saying that the guard remains under contract with him. Miami Herald reported that the deal is for around $100,000.

“Glad Wong didn’t enter the portal,” Ruiz said. “This is a great youngster and his mom is amazing. The deal remains the same, however, as I said day one I will help him get other NIL Deals.”

Based on Wong’s statement, it sounds like he will not be entering the transfer portal by Sunday’s deadline. However, he could still leave the Hurricanes if he chooses to pursue his professional options. The deadline for early entrants to withdrawn from the NBA draft is on June 13. The draft takes place 10 days later, on June 23.