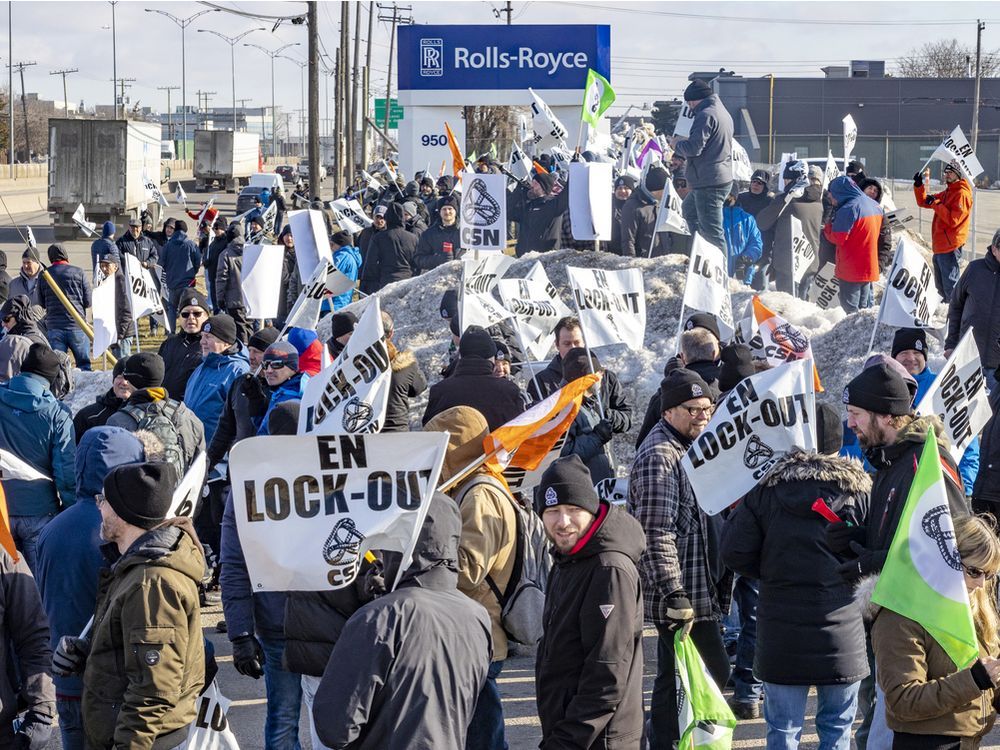 The aircraft engine company locked out 530 workers from its Lachine factory on March 15.

Mediation will resume next week between the union and Rolls-Royce Canada, which is in the middle of a lockout and strike.

The aircraft engine company locked out 530 workers from its Lachine factory on March 15. The same day, union members voted 94 per cent for a strike mandate.

The union, part of the CSN-affiliated Fédération de l’industrie manufacturière, says it made a counteroffer on Sunday, and the parties will meet again with a mediator next Wednesday.

The main disputes concern salaries and pensions. Union president Frédéric Labelle said in an interview that “non-monetary” clauses had been agreed to.

The union has a two-tier pension plan — a defined benefit plan for most employees and a defined contribution plan for those hired more recently.

“The people are ready to pay more to keep the (defined benefit) plan,” Labelle said.

The union also demands five per cent pay increases for each of the next five years, but Labelle said he was “open” to discussing this point. He conceded that employees already have “good salaries” but said they had made sacrifices during previous negotiations. He said employees are also ready to pay more for their insurance.

Management at Rolls-Royce Canada said it is ready to resume mediation as soon as possible.

“Our priority is to resolve points of dispute to allow our employees to return to work as soon as a deal is reached with the union,” it said.

The employer said it has a good relationship with the union despite the lockout and strike.