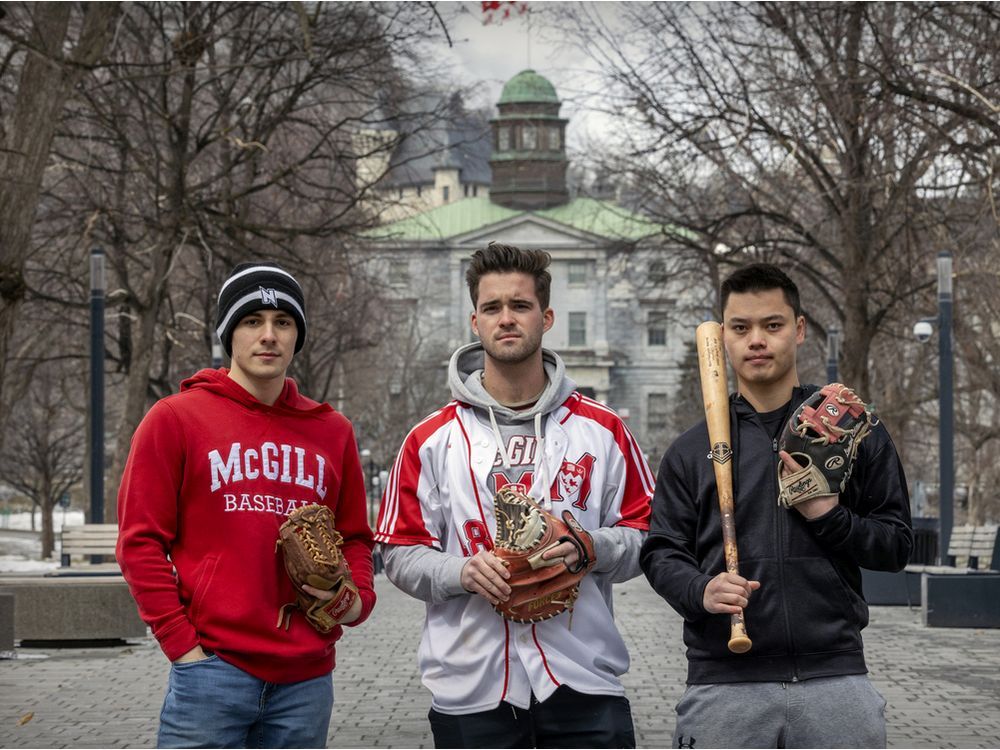 James Mulvaney, a native of Indian Land, S.C., could have attended a university in Tennessee on a baseball scholarship.

Instead, the lure of attending McGill University, receiving a strong education while playing for its renowned baseball program, proved too enticing.

But as his time behind the plate comes to an end — Mulvaney will graduate in May with a degree in industrial and labour relations — the catcher is upset with the school’s department of athletics and administrative officials, because it appears the 2022 season won’t proceed this September.

“It’s just been a very frustrating time,” Mulvaney, 22, said by telephone on Monday. “We’re tired with the lack of interest and lack of empathy shown. The goal’s to have a functioning varsity baseball program at this time next year, competing on a national stage.

“We all come here to play for either four or five years. I got two years of varsity baseball.”

Mulvaney, part of the McGill Baseball Leadership Council, and teammate Carlos Vallejos sent an email last Wednesday to McGill principal Suzanne Fortier expressing concern with the lack of communication, support and empathy, after the Redbirds’ university season was cancelled for a second consecutive year — although the team did play about 25 exhibition games in 2021 in Montreal, but without affiliation with, or support from, the school.

Mulvaney is upset a Jan. 31 deadline to submit an application to play in the Ontario University Athletics conference next season passed despite an assurance from the athletic department in late September that they would be supported and their varsity status reinstated.

Casey Auerbach, the Redbirds’ head coach since 2018, confirmed the meeting occurred but declined to comment because he remains under contract to the school.

“The whole point wasn’t to create conflict,” Mulvaney said. “It was to open the administration’s eyes to the current state of McGill athletics and our concerns for the future. The relationship with McGill athletics is more strained than it was even at the beginning of the (COVID-19) pandemic.”

Mulvaney said he hasn’t received a response from Fortier or Geoffrey Phillips, McGill’s executive director of athletics and recreation. Neither responded to a Montreal Gazette email Monday requesting comment.

However, Cynthia Lee, McGill’s associate director (media relations) wrote: “Though complex, bringing our paused teams back for the 2022-23 academic year remains a priority for us. We’ll continue to meet with, and address the concerns of, our coaches and student-athletes as we work together to support their safe return.”

Although numerous sports at McGill, including football, hockey, basketball and soccer, were allowed to compete at the varsity level this year, baseball was one of nine sports that saw its 2021 seasons cancelled. Baseball is considered a Tier II sport. Their coaches aren’t full-time employees. Nor do the affected sports receive the same administrative and medical support.

“The actions this year have shown a clear divide and the preferential treatment of certain sports at McGill,” Mulvaney said. “I don’t think that’s the correct way to handle business. There should be some sort of equality or opportunity and fairness in the process of deciding who gets to play and who doesn’t. We’re seeking the equitable treatment of all sports.

“We’ve seen that athletics can just snap their fingers and eliminate a season for any team.”

In an email to The Gazette last September, Phillips cited concerns with COVID-19, noting the increased level of care required for medical and general operations of all competitions. He said the school weighed safety concerns against the level of administrative oversight while adding “our support for our student-athletes is unwavering.”

McGill was part of the Canadian Collegiate Baseball Association. The league folded before the 2019 season, many of the teams complaining about McGill’s dominance — five consecutive national championships beginning in 2014 — and practices of recruiting U.S.-born players. The Redbirds competed independently in 2019, playing against U.S. and Ontario-based schools, as did the Concordia Stingers.

The Stingers, like McGill, played exhibition games in 2021. The Université de Montréal is the only other Quebec-based university that fielded a team in the CCBA as late as 2018. Université Laval last competed in 2004.

“It’s difficult when the school you’re actively trying to represent won’t let you compete,” said Vallejos, a 20-year-old from Ottawa who plays catcher, first base and outfielder. “We all just want to play baseball. The administrators won’t help us out. I just think they’ve become complacent in how they treat their Tier II teams.

“It’s hard to wrap your head around it,” added Vallejos, an economics major scheduled to graduate in 2024. “This is our Hail Mary. We’re trying to get our voices out there.”