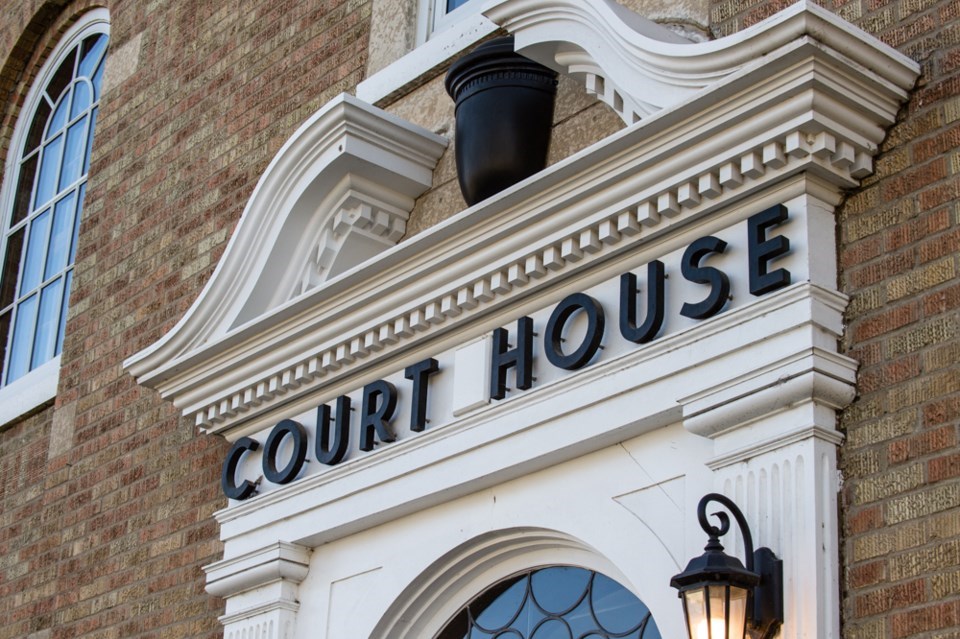 Mills-Miller was arrested for stealing a taxi at knife-point and leading police on a pursuit on Highway 39.

ESTEVAN – It was another busy docket session in Estevan Provincial Court on Monday.

Riley Morgan Mills-Miller made another appearance in connection with the theft of a taxi in Estevan in May.

Mills-Miller had previously pleaded guilty to theft of a motor vehicle; operating a vehicle while being pursued by a police officer and failing to stop without a reasonable excuse; and having possession of a weapon for a purpose dangerous to the public.

He has since pleaded guilty to the other charges he was facing: threatening to use a weapon in committing an assault, dangerous operation of a motor vehicle, and failing to abide by a probation order.

His case was adjourned for sentencing on Sept. 19.

Other cases were also heard on Monday.

Joshua Regis LeBlanc’s case was adjourned to be spoken to on Oct. 17. He was arrested in May and is facing charges of luring a person under the age of 18, sexual exploitation and sexual assault, all under the Criminal Code.

The matters for Curtis W. Armstrong of Fillmore have been adjourned to Sept. 19, as he needs to seek legal representation. He was apprehended in Midale in early August, and is facing charges of transporting a firearm and ammunition in a careless manner; possessing a firearm without a licence; possessing a firearm while prohibited; and unauthorized possession of a firearm in a motor vehicle, all under the Criminal Code. He also has other previous charges.

Her case was adjourned to Carlyle on Sept. 14. It has since been adjourned again for a show-cause hearing on Sept. 19 in Estevan. She remains in custody.

Howells was apprehended near Weyburn in late August.

None of the charges that LeBlanc, Armstrong and Howells were facing Monday have been proven in court.