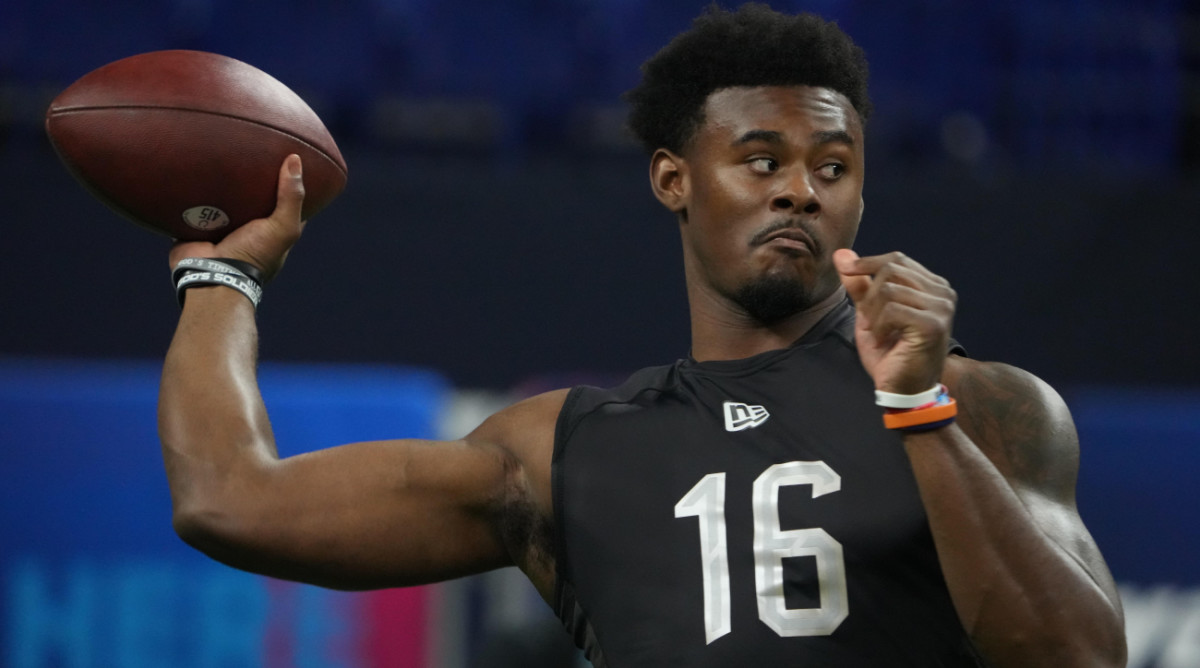 Liberty quarterback Malik Willis is regarded as one of the top quarterback prospects in the 2022 NFL draft. So, where does his his college coach Hugh Freeze think he’ll end up?

Freeze said that all 32 teams visited Liberty at some point to scout Willis. However, there were three teams that continued contact with Freeze the most: the Panthers, Steelers and Seahawks.

In Sports Illustrated’s Mock Draft on Thursday, Kevin Hanson has Willis going to the Steelers at pick No. 20. Pittsburgh signed Mitch Trubisky to a two-year deal this offseason, but the team is still looking for a star starting quarterback. The 2022 season will mark the Steelers’ first season without Ben Roethlisberger entering as the starting QB since he was drafted in 2004.

The Panthers and Seahawks are in a similar boat. All three teams are looking for long-term options behind center. Carolina has Sam Darnold, who missed a big chunk of last season due to a scapula fracture. The Seahawks gained former Bronco Drew Lock in their trade to send off Russell Wilson. Lock started just three games for Denver last season.

Out of these three teams, the Panthers have the earliest pick at No. 6, while the Seahawks come in at No. 9 and the Steelers at No. 20.

Regardless of where Willis ends up, Freeze is excited for his quarterback to compete on Sundays.

“In the right place, he can come in and play,” Freeze said. “Particularly with the way we all struggle to protect the passer today because of the great defensive lines we face, I just think he has the biggest upside to extend plays and extend drives, which is valuable.”

In Willis’s two seasons at Liberty, he threw for 5,107 yards and 47 touchdowns.