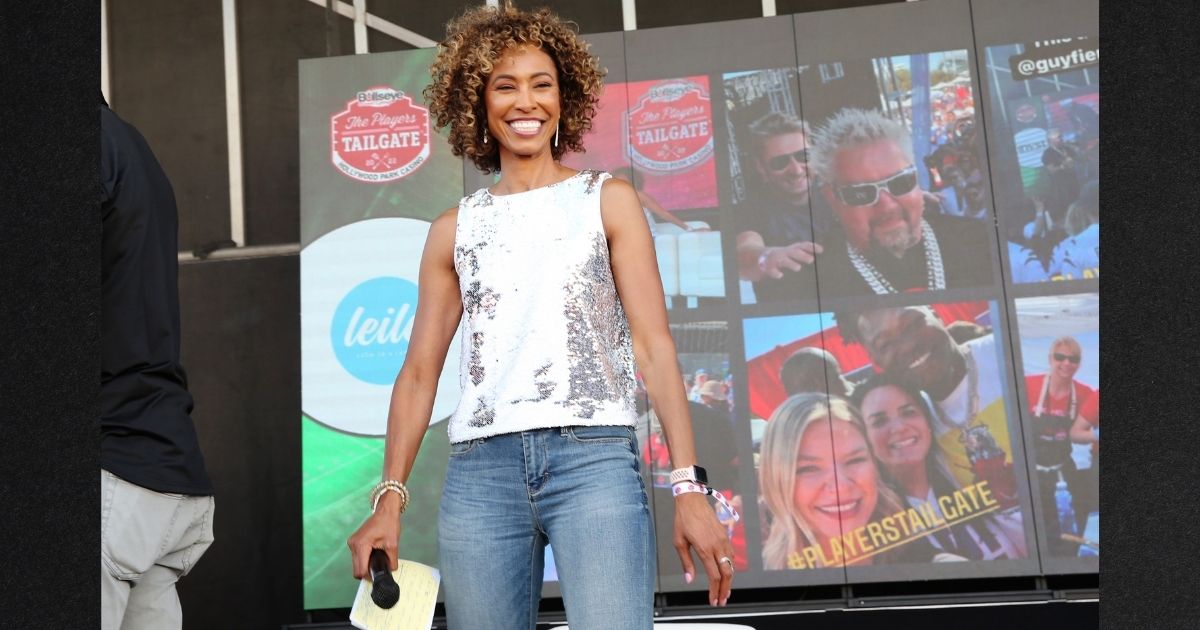 ESPN anchor Sage Steele, who last year spoke out against vaccine mandates and was later suspended by ESPN, has filed a lawsuit against the network.

“In a knee-jerk reaction, ESPN and Disney relied on the misleading characterizations of her comments, bowed to groupthink and forced Steele to publicly apologize and suspended her for a period of time in October 2021,” the suit said, according to the New York Post.

“I respect everyone’s decision, I really do, but to mandate it is sick,” Steele said last year during Jay Cutler’s podcast.

“And it’s scary to me in many ways. But I have a job, a job that I love, and frankly, a job that I need, but again, I love it. I’m not surprised it got to this point, especially with Disney, a global company… but it was actually emotional,” she said then.

Steele, who is biracial, also was reportedly disciplined for questioning former President Barack Obama calling himself black, according to the Wall Street Journal.

“If they make you choose a race, what are you gonna put? Well, both,” she said then, according to the U.K.’s Guardian. “Barack Obama chose black, and he’s biracial … congratulations to the President, that’s his thing. I think that’s fascinating considering his black dad is nowhere to be found but his white mom and grandma raised him, but OK. You do you. I’m gonna do me. Listen, I’m pretty sure my white mom was there when I was born. And my white family loves me as much as my black family.”

Sage Steele is suing ESPN for an incident last fall in which she spoke out against vaccine mandates.

Here were my thoughts: @sagesteele is one of the only people in sports media — and I know almost all of them — who isn’t afraid of the Twitter mob. https://t.co/ybBIk4MUCx

The suit said that in addition to a suspension and forced apology, Steele lost “prime assignments” as ESPN failed to put an end to the bullying she received after the podcast.

Has ESPN become too liberal for you?

Steele claimed in the suit that ESPN’s investigation into her comments was lax, saying that the network relied upon “inaccurate third-party accounts of Steele’s comments, and that the network did not immediately review the actual comments or the context in which they were made.”

The suit branded ESPN as hypocritical because others could make political comments without any repercussions. She said she was a victim of “selective enforcement of a network policy that bars news personnel from taking positions on political or social issues.”

Steele’s freedom of speech was violated, according to the lawsuit, “based upon a faulty understanding of her comments and a nonexistent, unenforced workplace policy that serves as nothing more than pretext.”

The suit also said that Connecticut law bans disciplinary actions against employees for exercising free speech rights as long as those comments do not “materially interfere with their performance or working relationship with the company.”

Yeah baby! Good for @sagesteele Woke ESPN might get their come-upins. More people need the courage to strike back at this woke BS.https://t.co/eAj2NMfrby

NFL Institutes Blatantly Racist Hiring Mandate: Every Team Must Follow This One Rule

“ESPN violated her free speech rights, retaliated against her, reprimanded her, scapegoated her, allowed the media and her peers to excoriate her and forced her to apologize simply because her personal opinions did not align with Disney’s corporate philosophy of the moment,” her attorney, Bryan Freedman, said in a statement, according to the Post.

“Sage is standing up to corporate America to ensure employees don’t get their rights trampled on or their opinions silenced,” he said.

ESPN issued a statement saying, “Sage remains a valued contributor on some of ESPN’s highest-profile content, including the recent Masters telecasts and anchoring our noon SportsCenter.”

The lawsuit, however, said she was only given the Masters gig after filing a complaint with ESPN’s human resources department.