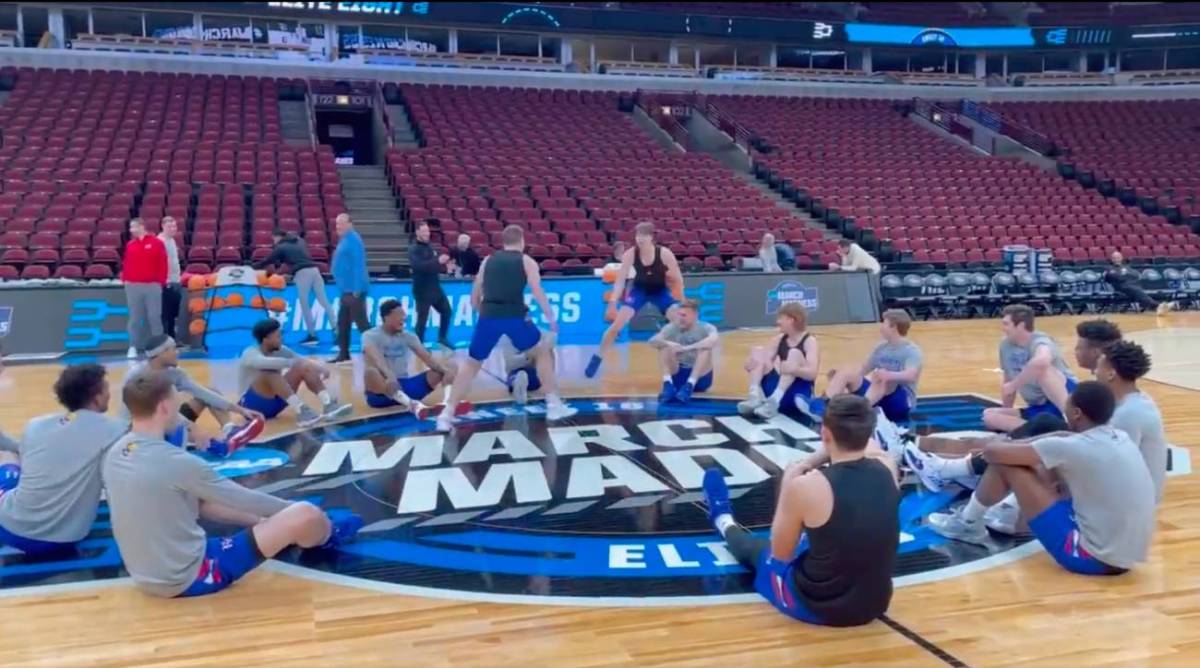 As the only remaining No. 1 seed in the NCAA tournament, Kansas enters the Elite Eight hoping to avoid an epic upset as the world looks on.

If Saturday’s practice is any indication, however, the Jayhawks seem to be handling the pressure just fine ahead of their clash with No. 10 Miami on Sunday.

The program shared a video on social media of the team staying loose with a game of duck, duck, goose, all while looking as thrilled as they did when they won the Big 12 championship earlier this month.

Saturday’s shenanigans also reportedly included four made half-court shots, something Big 12 Player of the Year Ochai Agbaji said the team has “never seen” in practice, per ESPN. Perhaps the makes could be an indication of a little March Madness momentum building in Kansas’s favor?

Regardless of whether it’s just good luck or a sign of what’s to come, Kansas appears to be in a good place ahead of the biggest game of the season thus far. We’ll see if the free-flowing practice leads to Bill Self and the Jayhawks reaching their first Final Four since the 2017-18 season.