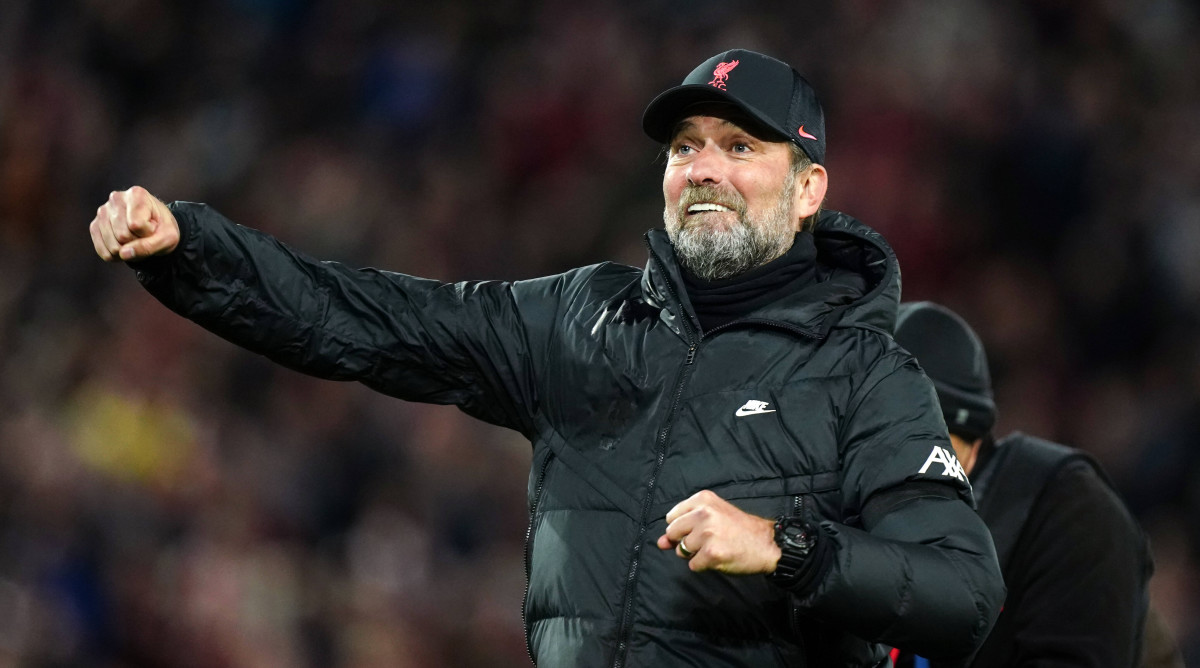 Liverpool has reportedly signed manager Jürgen Klopp to a two-year contract extension through 2026, according to The Athletic.

Since joining Liverpool in 2015, the former Borussia Dortmund manager has led Liverpool to a Champions League title and its first Premier League trophy along with a 61.4 win percentage through 373 games.

In its chase for a historic quadruple this season, Liverpool has already won the League Cup, is one point back of first place in the Premier League, won its Champions League semifinal first leg and will play in the FA Cup final May 14.

Already signed through 2024, Klopp had previously hinted at taking a sabbatical at the end of the 2023–24 season.

“The plan at the moment is to get to 2024 and then, ‘Thank you very much,’” Klopp told The Athletic last month. “If I have the energy level for it. I love what I do, but I said a couple of times that there must be something else out there in the world, apart from always thinking about very skilled, good-looking, fantastically nice football players.”

And while a new contract doesn’t necessarily prevent that from happening, Liverpool has reportedly completed its objective to lock down the manager to a longer-term deal.

The club is also reportedly deep into contract negotiations with star forward Mohamed Salah. Klopp said last month that the new contract “is Mo’s decision,” although reports suggest that lots of headway has been made toward a new deal.