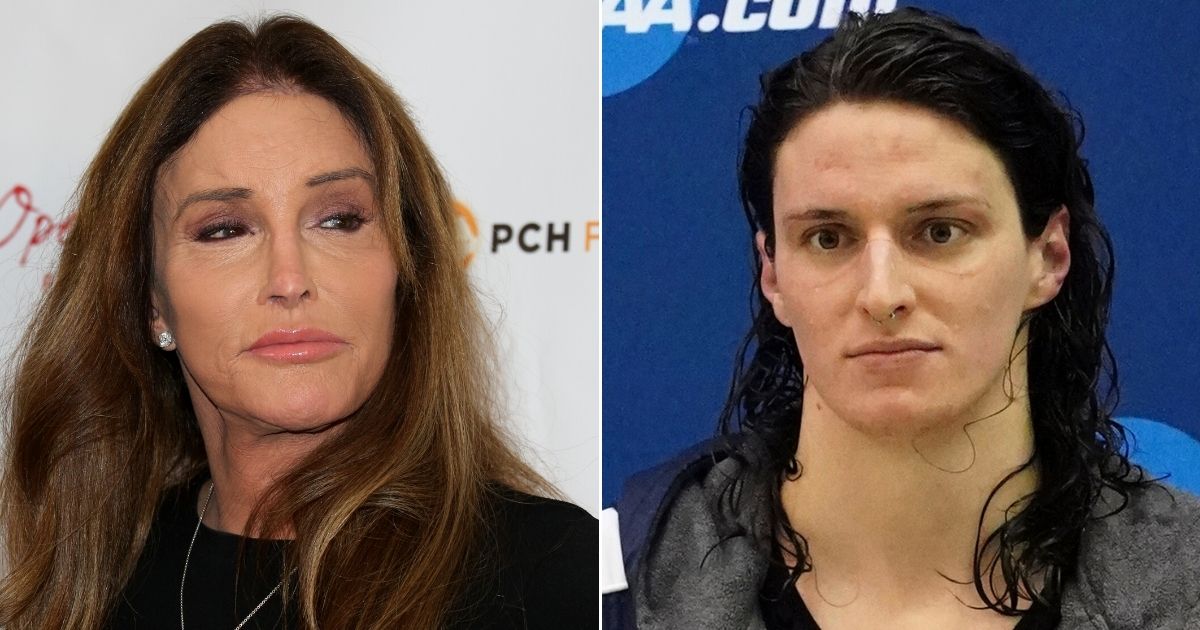 The transgender movement has clearly gone too far when even a man in a dress can see how ridiculous it is.

“Florida rejects the NCAA’s efforts to destroy women’s athletics, disapproves of the NCAA elevating ideology over biology and takes offense at the NCAA trying to make others complicit in a lie,” the Republican governor wrote in his declaration Tuesday.

Weyant is a Sarasota, Florida, resident and came in second against the University of Pennsylvania’s Thomas, who handily bested her by two seconds.

Jenner, the retired Olympic gold medal-winning decathlete formerly known as Bruce, has the unique perspective of being both a gender-confused individual and an elite athlete — and he heartily endorsed what DeSantis had done.

“@GovRonDeSantis agreed! She is the rightful winner!” Jenner tweeted Tuesday.

The madness of the transgender movement has overtaken the nation at breakneck speed, and it seems Thomas’ victory is the pinnacle of this absurdity until the next unthinkable thing comes along.

Do you think Thomas should be stripped of his first-place title?

Back when Jenner was unironically named one of Glamour’s 2015 Women of the Year, the idea that a respected athletic organization such as the NCAA would allow a male to compete against females seemed impossible.

Fast forward to the present day and the mantra that trans women are women has overshadowed any last shred of common sense.

There are now dangerous public policies that allow male criminals into women’s prisons — putting the female inmates at risk of rape and abuse — sometimes based solely on their say-so that they’re transgender.

And increasingly, it also includes edging women out of their rightful spaces and opportunities so that no gender-confused man gets his feelings hurt.

What’s happened to our nation is sickening and sad, but not at all unexpected considering that America has rejected Jesus — which means, in turn, it has rejected truth itself.

A society unmoored from God soon finds itself adrift in a sea of absurd ideas that come in an unending stream from the arrogant imbeciles who think they can be their own gods and construct their own truth.

God is the one who created the heavens and the earth and ordered them with a divine intellect that is far above humans’ — yet we are given just a share of it by being made in his image and likeness, and we can learn the things he knows by studying the Bible.

But we have forgotten that fact because we have become a decadent, hedonistic, godless society driven by passions, emotions and whatever feels good.

That’s how we’ve gotten to this point, and there’s no clear way out except by following the Lord again — though there is a glimmer of hope when even a man like Jenner can see things as they truly are.

Both Jenner and Thomas clearly struggle with confusion regarding their gender, but at least Jenner hasn’t lost all touch with biological reality.