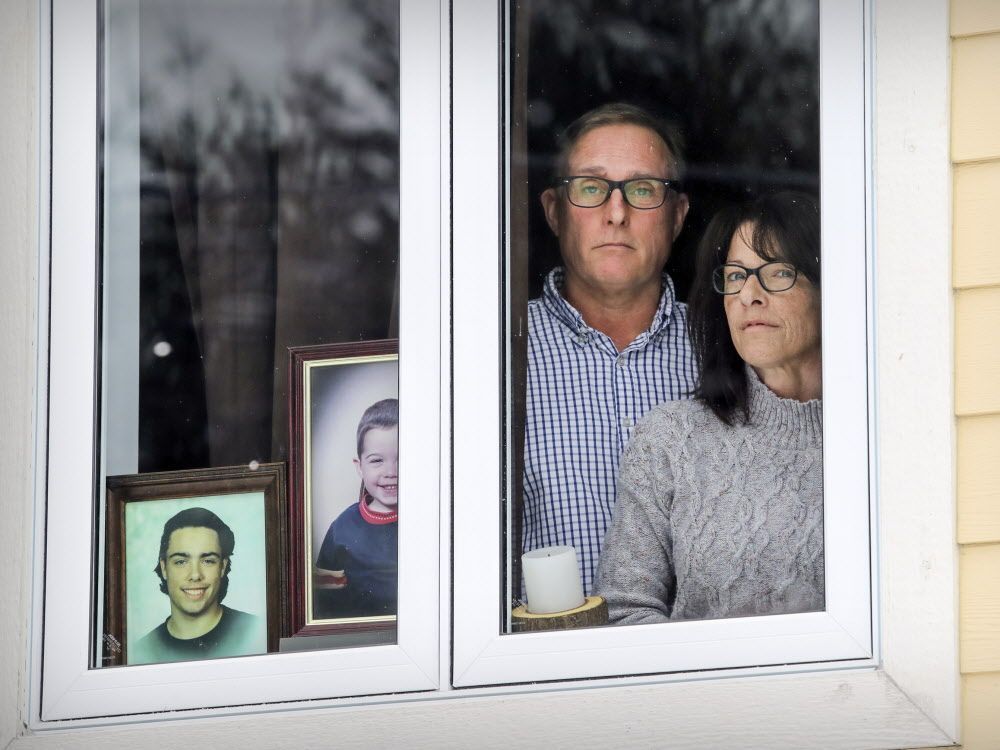 The coroner’s inquest into the death of 17-year-old Riley Fairholm, who was fatally shot by a Sûreté du Québec officer in the Eastern Townships municipality of Lac-Brome in 2018, started Monday, with Fairholm’s mother recounting the night of his death.

Just after 1 a.m. on July 25, the SQ responded to a 911 call about a man walking the streets of Lac-Brome with a weapon. Several officers arrived on the scene, and within roughly a minute, Fairholm was shot in the head.

In October 2019, following an investigation by the Bureau des enquêtes indépendantes (BEI), Quebec’s office of criminal prosecutions (DPCP) said officers involved in the incident had followed the law and that no charges would be laid. Since Fairholm refused to drop his weapon, the DPCP said, he “could have fired at any moment.”

Monday’s coroner’s inquest confirmed Fairholm was carrying a black pellet gun that resembled a handgun when he was shot.

Fairholm’s mother, Tracy Wing, and her ex-husband filed complaints against the BEI and the SQ with the police ethics commissioner, claiming officers broke protocol and tainted the investigation into their son’s death.

Three years after the death of their son, Wing and Fairholm filed a lawsuit against the SQ and the officer who shot him, saying it was their only route to gaining some accountability in what they said was an intervention improperly handled for a teenager suffering a mental health crisis. The lawsuit seeks $700,000 in damages for Fairholm’s parents and sisters, including $100,000 in punitive damages from the officer who fired the gun. Joël Desruisseaux is named in the lawsuit as the officer in question.

The public inquiry is being overseen by coroner Géhane Kamel, who headed up two of the highest-profile public inquiries in recent Quebec history — the death of Joyce Echaquan at the Joliette hospital in 2020, and the rash of deaths in Quebec’s long-term care centres during the pandemic.

The goal, Kamel said, “is to uncover the truth of what happened that night, and to ensure it does not happen again.”

On Monday, Wing testified her son had been a happy child, but began having problems at Massey-Vanier High School starting in Grade 9, where he struggled with math and English courses, and by Grade 11 was not able to graduate. The knowledge that his friends were moving on without him weighed heavily, Wing said. His parents brought him to several psychologists to help him, but he continued to suffer “highs and lows. But the lows were always short.” He was on anti-depressant medication, but sometimes did not want to take it.

Wing said Riley was sent home for acting out or being in the hallway instead of in class on several occasions, often for several days in a row, which took a further toll on his marks and self-esteem, she said.

“I asked why they couldn’t just put him in a room to decompress instead of sending him home, but I didn’t get any answers,” she said.

On the day of his death he went to a water-slide park in Bromont, then came home. Wing said she woke up just after 1 a.m. to a text message from Riley, saying “I love you.” He had left her a note.

She got in her car to find him, and came across the police cars and ambulances on Knowlton Rd. She assumed he had thrown himself in front of a vehicle. A police officer took her back to her car, and said she would have to go to the hospital to find out what happened to her son. Once there, she had to wait for several minutes before a nurse confirmed her son was dead, and several more minutes before police confirmed the news that he died “during a police intervention.”

“I looked the police officer up and down — she was wearing a bullet-proof vest. I said: ‘It’s five years that I kept him alive, and you killed him in five minutes.’

Throughout the following investigation, Wing said information was withheld from her. It was months before she found out her son was shot in the head.

“I tried to figure out the puzzle, but I lacked all the pieces. It was important to me to put it together,” she said.

The inquiry runs from Monday until June 23 in Sherbrooke.

This story will be updated.