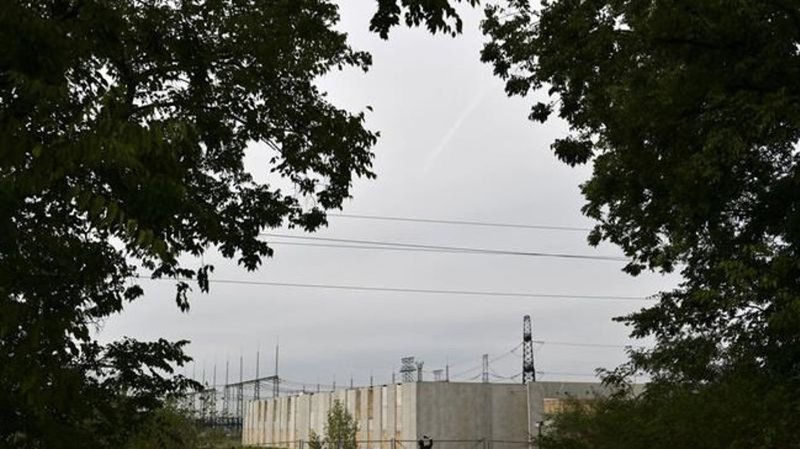 “When Fidesz came to power, I saw more and more that a very serious organization was beginning to develop throughout the country, whose main task was to steal as much of the European Union’s money as possible,” Hadhazy told The Associated Press.

Now, Orban is facing a reckoning with the EU, which appears set to impose financial penalties on his government over corruption concerns and alleged rule-of-law violations that could cost Budapest billions and cripple its already ailing economy.

The EU’s executive arm, the European Commission, has for nearly a decade accused Orban of dismantling democratic institutions, taking control of the media and infringing on minority rights. Orban, who has been in office since 2010, denies the accusations.

The longstanding conflict could culminate Sunday when the commission is expected to announce a funding cut for Hungary, one of the 27-nation EU’s largest net beneficiaries, if the country does not change course.

Peter Kreko, director of the Budapest-based think tank Political Capital, said the EU appeared to be hardening its stance against Orban after previous disciplinary measures failed to bring Europe’s longest-serving leader into compliance with its values.

“EU institutions learn slowly, but they learn. More and more people in the Commission and in the European Union know about the negotiation deception tactics of Hungary, as well as about the nature of the Hungarian political regime,” Kreko said.

While it is not clear how much money Hungary stands to lose, funds cut from its 22 billion-euro (dollar) share of the EU’s 2021-27 budget could affect around 70% of funding from some programs, according to an internal July document by Budget Commissioner Johannes Hahn.

Many of the potential cuts are related to public procurements — purchases by the state of goods and services or for the execution of projects using EU funds.

According to Hadhazy, improper processes for awarding of such contracts have allowed Orban’s government to channel large sums of EU money into the businesses of politically connected insiders.

“Huge fortunes were made from such things, and they are essentially the source of this astonishing luxury mansion behind us,” Hadhazy said of the castle in the town of Tura. “The system is about having its tentacles … in the highest levels of government.”

EU commissioner Hahn’s memo also pointed to irregularities in public procurements in Hungary and to “an increase of the odds of winning of politically connected companies.”

Hadhazy, who has investigated and documented hundreds of cases of alleged corruption, borrowed a car from his mother to visit several places this week where he suspects EU funds were misused.

One was the site of a planned server farm near Budapest where the government said it would store the state’s most important data. Receiving more than $50 million in EU funding, construction of the facility — awarded to a company owned by a childhood friend of Orban who is Hungary’s richest man — began in 2016, and completion was set for the following year.

But when Hadhazy visited the site on Wednesday, only a concrete skeleton stood where the server park was planned — a sign, he said, that the funds may have been misused.

“The whole process is a charade,” Hadhazy said of Hungary’s public procurement process, which ordinarily should involve competition between several bidding companies. “It’s decided at the very beginning who can win, and it’s decided who will do the work at the end.”

He pointed to a case involving Istvan Tiborcz, the owner of the castle in Tura who is married to Orban’s daughter. The European Anti-Fraud Office found serious irregularities in the awarding of funds to a company he owned.

As a result of the office’s investigation, the EU demanded the return of more than 40 million euros (dollars). The sum was ultimately footed by Hungarian taxpayers, not Tiborcz’s company, and an investigation into the case by Hungarian authorities was dropped for lack of evidence of a crime.

Tiborcz was Hungary’s 36th wealthiest person this year, according to an analysis by Forbes Hungary.

Orban’s government recently made conciliatory efforts to unlock nearly 6 billion euros (dollars) in pandemic recovery funds that the EU withheld over corruption concerns, and to head off further cuts to Hungary’s portion of the EU budget.

Earlier this month, the Hungarian government pledged to set up its own anti-corruption agency. It has reportedly prepared additional legislation aimed at increasing transparency in public procurements.

But the European Commission faces pressure from EU lawmakers to fully enforce rules on corruption and rule of law requirements. In a resolution passed Thursday with an overwhelming majority, the European Parliament said the Hungarian government had become “a hybrid regime of electoral autocracy” that could no longer be considered a democracy.

Hungary’s Ministry of Justice did not respond to a request for comment. Speaking in Serbia on Friday, Orban dismissed the resolution as a “joke” and maintained that his government’s conservative credentials were the reason for the EU’s tough stance.

Kreko, the analyst, said it was doubtful Orban’s government was serious about changing its ways.

“I would say that the engine of the Orban regime is nepotistic corruption,” he said. “So I think we can be rather skeptical about that how much the government really wants to step up against corruption, which is part of the nature of the regime.”

In 2021, Hungary’s government opted out of joining the European Public Prosecutors Office — an independent EU body tasked with combating crimes affecting the financial interests of the bloc. It argued that joining would amount to a loss of national sovereignty.

But Hadhazy said that unless Orban’s government agrees to join the office, there will be no real guarantee that graft reforms will be able to achieve any meaningful results.

“I say that if the EU gives Hungary one eurocent without us having joined the EU prosecutor’s office, then the EU really is as stupid as Orban says it is,” he said.