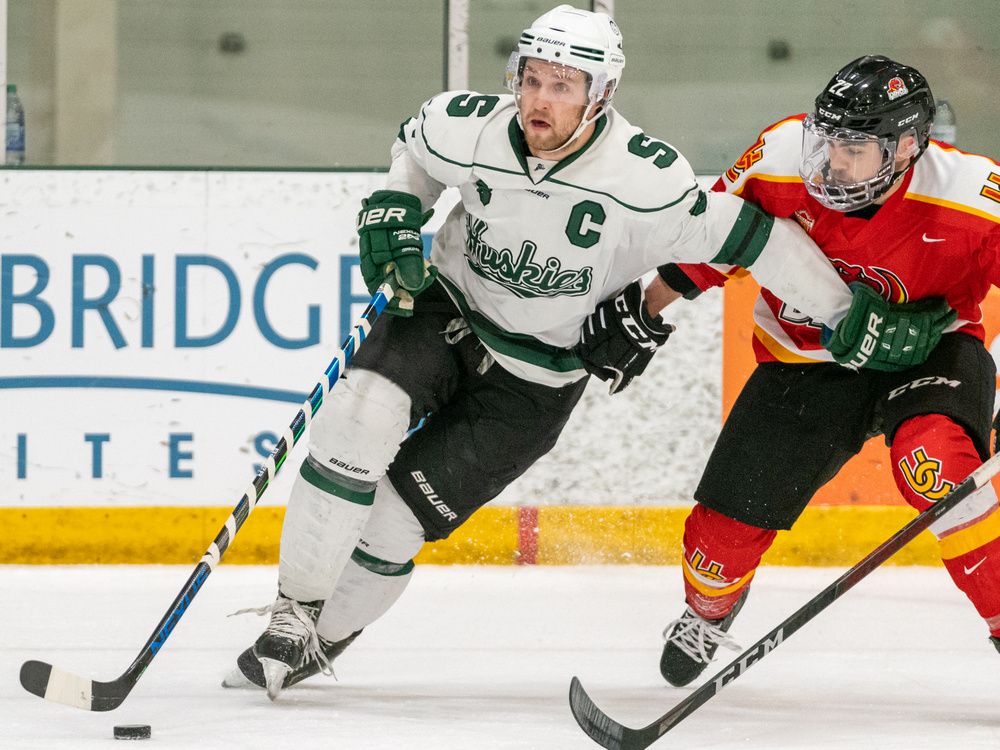 It’s time to take out the measuring sticks.

Hockey sticks will be complemented by rulers and measuring tape this weekend when the University of Saskatchewan Huskies host the arch-rival University of Alberta Golden Bears in U Sports pre-season men’s hockey Friday and Saturday at Merlis Belsher Place.

“I know U of A added some good players,” said Huskies first-year head coach Brandin Cote, who officially takes over from Mike Babcock.

“They lost some key guys, too. We’ve seen the tape of them play U of C last weekend. They’re the same old U of A in terms of they play very fast. They’ve got some skill and they’ve got depth. We’ll have our work cut out for us, for sure, but our guys are up to the challenge. We’ve had some really competitive games with them. It’s going to be a great opportunity for us just to elevate our game to another level, which I know we can do, just set the bar and see where we’re at.”

Fans will get another sneak peek at the 2022-23 Hockey Huskies edition, minus a handful of players sidelined by injury.

“We’re a little bit light (in numbers) but we’ve also got a couple of guys injured that we knew wouldn’t be back right away,” said Cote.

“Chantz Petruic is still rehabbing his knee from his ACL injury. Dawson Holt had a bit of setback with his recovery from his injury as well.

“Then, obviously, when you get a guy like Zane Franklin a little bit later in the summer, those are things you can’t really control. At the same time, I like the guys that we have. I like Keeler. I like Zimmerman. I think Mark Rumsey is going to be a real good player. He scored both games. He’s fit really well. Colby Jaquet is a guy who’s going to take a little bit of time but he’s got some skill and ability, and we knew he was going to be more of a projection guy for the future.

“In that regard, we’d still like a few more guys. We actually added Carter Stebbings the other day from Swift Current. He decided to forego his last year of major junior. He could have went to junior A and probably could have been a dominant guy but he decided to come back and go to school. He’s another guy for our depth that’s going to be important as we go here.”

Cote said there is a possibility that the Huskies could add a player or players for the second half.

“There’s always a chance of that,” he said. “It just depends on how that all shakes out. But I know for a fact that we had a handful of guys that we had recruited here that went to the East Coast League or American Hockey League that there could be potential of coming back at some point, but we’re going with the group that we have.

“I feel we have a strong, solid leadership group. We have, for sure, close to 20 returning guys. We didn’t necessarily have to replace a lot. The guys that moved on were key guys, but there are also key guys who are now in their second year that know what’s going on. We have some guys who weren’t in a leadership group last year that are stepping into those leadership roles.”