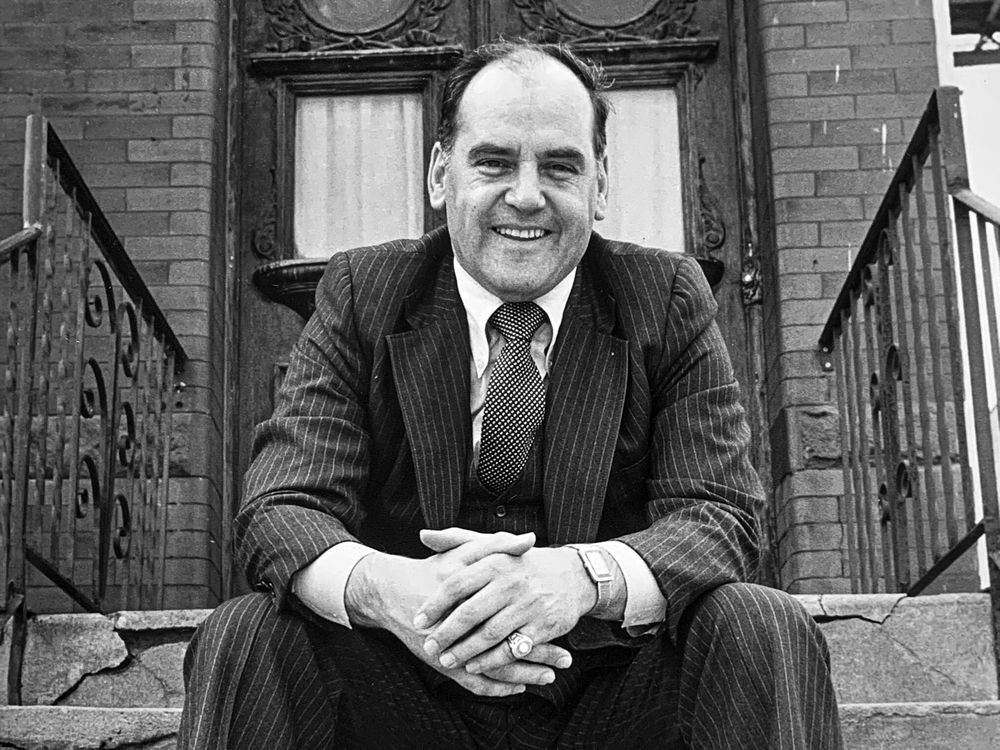 This portrait of George Springate was published in the Montreal Gazette on June 13, 1981, a few days before he was to be honoured at a roast “capping his careers so far as a policeman, pro football player, lawyer, teacher, politician and unparalleled self-promoter,” we wrote.

Springate had just wrapped up three terms as a Liberal member of the National Assembly, having decided not to run in the election held two months earlier.

The $50-a-plate dinner was sold out, we reported, and was expected to raise at least $35,000 for the Shriners’ Hospital.

Our story recapped Springate’s career up to that point: He had joined the Montreal police force at age 20, winning 13 citations for bravery and outstanding arrest. He went back to school while continuing to work, earning a psychology degree at Sir George Williams (a forerunner of Concordia University) and then law degrees at McGill. He joined the Montreal Alouettes as a placekicker and played for three years, including on the Grey Cup-winning 1970 team. In 1974, he had broken ranks to vote against his government’s Bill 22 language legislation, a forerunner of Bill 101, later brought in by the Parti Québécois, for which he was suspended from the party caucus. At the time of the article, he was teaching at John Abbott College, where he had helped found the police technology program.

This photo by John Mahoney, which shows Springate outside his childhood home in Pointe-St-Charles, appeared with the story.

A recipient of the Order of Canada, Springate would go on to work in a variety of positions, including as a CBC television sports commentator, and ultimately as a citizenship judge.

History Through Our Eyes: Photos of People and Events That Shaped 20th Century Montreal, which compiles the original 2019 series in book form, is available online from montrealhistorybooks.com and at local bookstores. A portion of proceeds from books sold at the online address will go to the Gazette Christmas Fund.