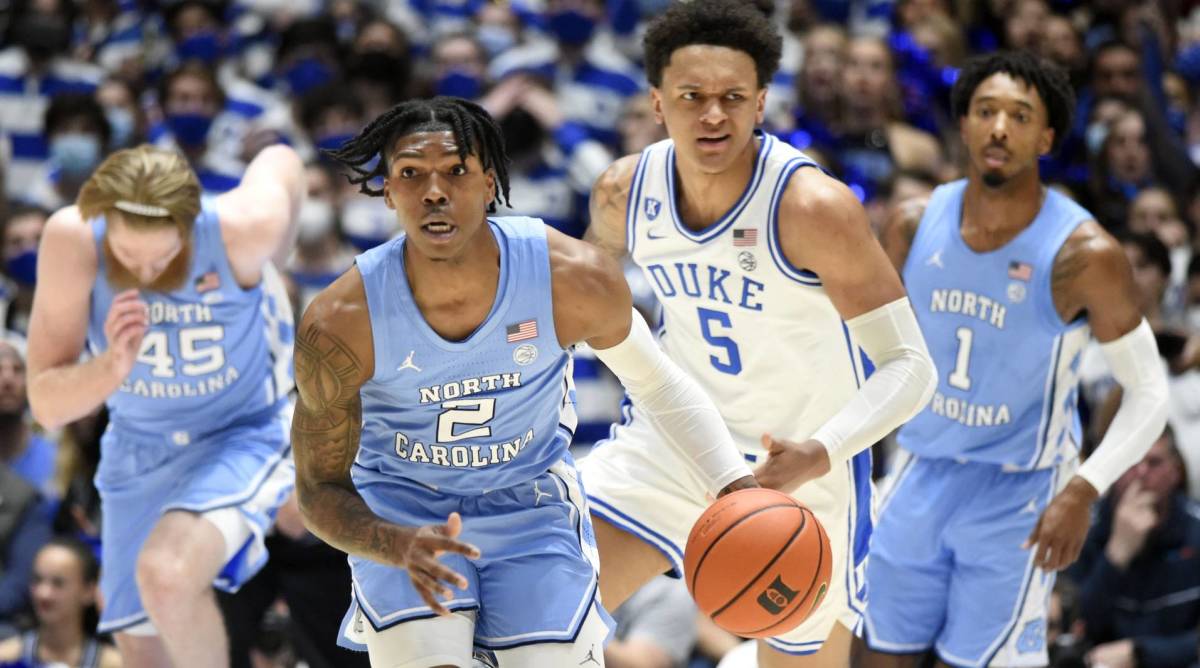 With Duke’s win on Saturday, Mike Krzyzewski earned his 13th Final Four appearance, a record among coaches. However, he has the chance to do something he’s never done next weekend, depending on the results of Sunday’s games.

If North Carolina defeats Saint Peter’s, the Tar Heels and Blue Devils will play in the men’s NCAA Tournament for the first time ever.

Since the tournament selection committee likes to separate teams in the same conference, Duke and UNC rarely end up in the same region, making it so they would have to play each other in the Final Four or national championship. The committee also often puts those teams on opposite ends of the bracket, so it’s rare that the two sides could meet before the title game this year.

The closest the two sides came to playing in March Madness occurred in 1991, when both teams made the Final Four as No. 1 seeds. However, they were on opposite sides of the bracket, and while Duke defeated UNLV in their game, UNC lost to Kansas. Duke would go on to beat the Jayhawks for Coach K’s first national championship.

There have been a handful of times where the both teams were two wins away from meeting, but one usually lost before having a chance to do so. For example, in 2009, UNC and Duke were on the same side of the bracket and both made the second weekend. However, the Blue Devils lost in the Sweet 16 that year, while UNC would win the national championship.

• Villanova and Duke advance to Final Four
• Vintage Villanova? Maybe Not. Does It Matter?
• Creighton Carries ‘Why Not Us’ Mindset Into Daunting Matchup With South Carolina
• Blue Devil Country: Coach K on This Year’s Duke Team: All 10 of My Guys Can Play