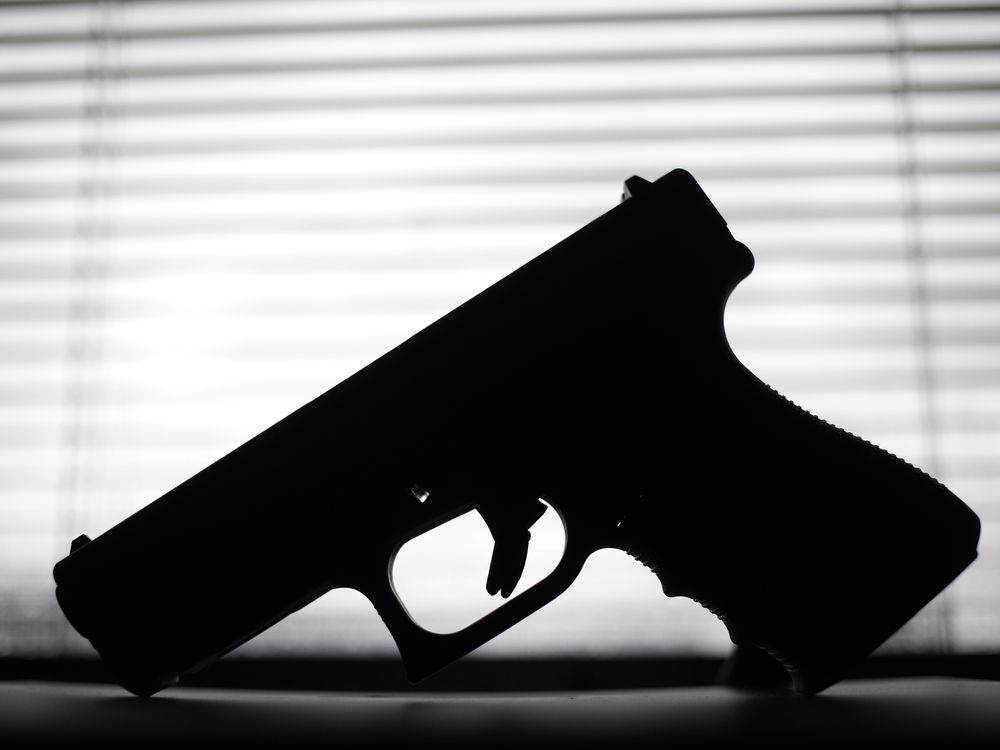 RCMP conducted two search warrants over the month of March, leading to firearms including five semi-automatic handguns being seized.

RCMP say an investigation has led to charges for four adults and a youth, five semi-automatic handguns being seized and a firearms trafficking network being disrupted.

On March 18, Battleford RCMP were called to a home on 33rd Street in Battleford following an initial complaint of unwanted persons being there late the night before, RCMP said in a release.

Officers arriving at the residence located five people there along with evidence of illegal drug activity. The group of two men, two women and a youth were taken into custody.

Officers then executed a search warrant shortly after 7 a.m. Among the items seized were four firearms — including including two semi-automatic handguns — a significant amount of cash and a small amount of methamphetamine and cocaine.

Four of the individuals were remanded on numerous charges and made their first appearance in North Battleford provincial court Monday.

Morin will make his first appearance in North Battleford provincial court on April 25.

In relation to the previous search warrant, Renelle Bugler, 25, of Lloydminster; Christopher Ludviksen, 37, of Glaslyn and Sebastian Sanderson, 22, of Saskatoon are each charged with:

Ludviksen is also charged with five counts of weapons possession contrary to order and fail to surrender authorization. The 16-year-old youth is charged with possession of property obtained by crime over $5,000 and resisting/obstructing a peace officer.