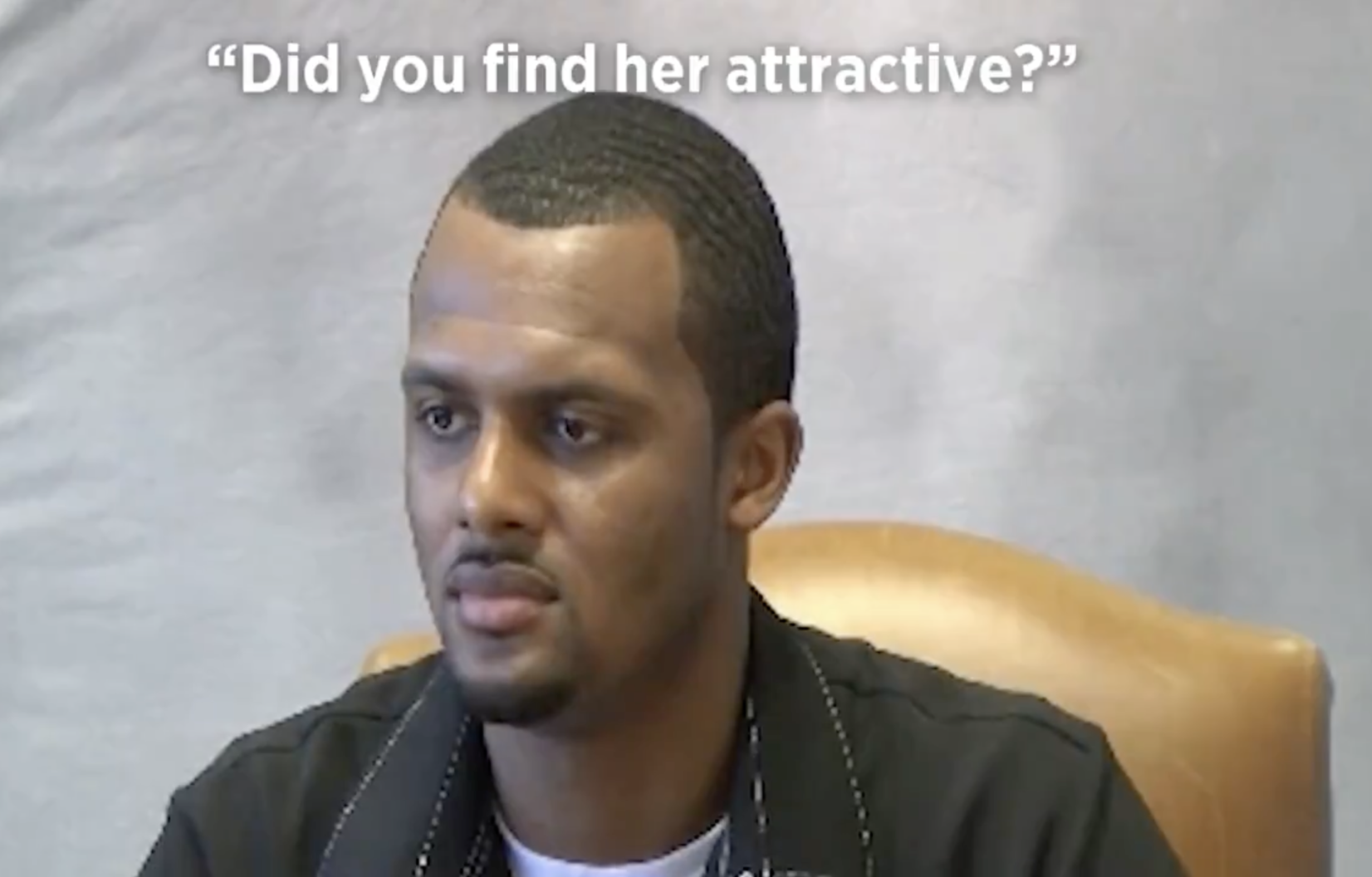 The clips deal with two of the 22 women who filed lawsuits accusing Watson of sexual misconduct. In the videos, Watson admits to not disclosing to the Houston Texans, his old team, about his massage appointments.

The 26-year-old was questioned about why he drove 30 minutes to attend a massage session and brought his own towel with him. Watson was also asked if he sought out massages with particular women on Instagram because they were attractive.

“I can’t answer that,” Watson said. “I have a girlfriend, so that wasn’t my intention.”

Earlier this month, Watson was cleared of any criminal charges stemming from the lawsuits and was then traded to the Cleveland Browns. He signed a five-year, fully guaranteed $230 million contract with his new team.

Whether or not Watson will be suspended is yet to be determined.