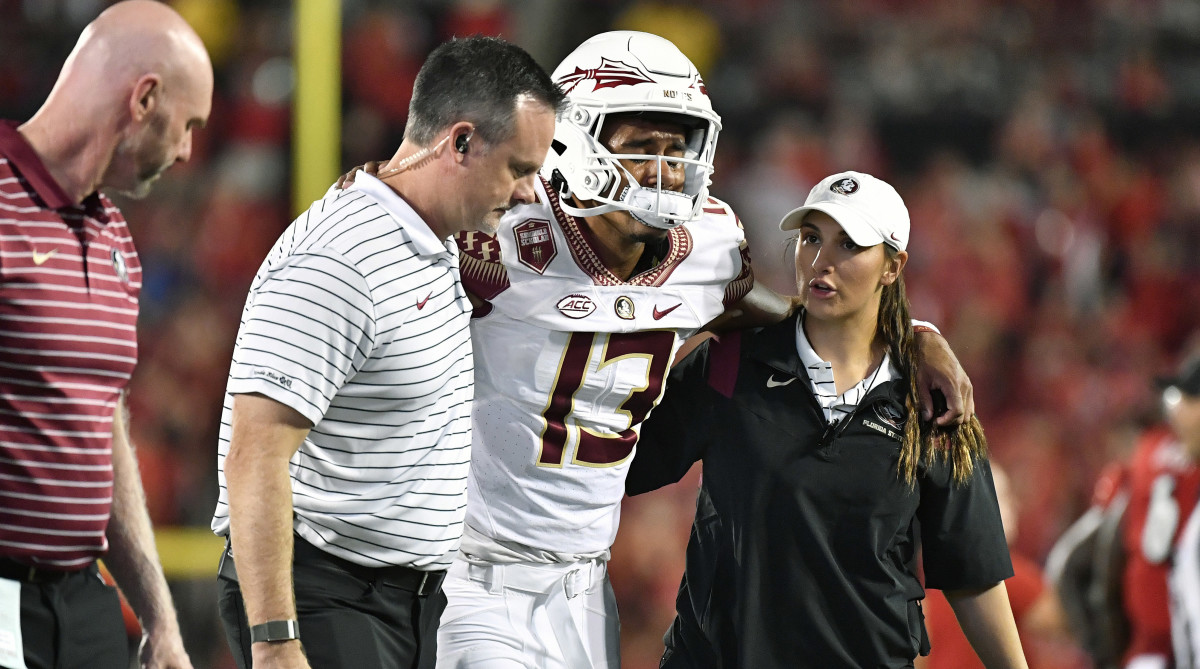 LOUISVILLE, Ky. — Florida State’s dramatic, comeback victory over Louisville Friday night came with a cost. How much of one remains to be seen.

Quarterback Jordan Travis, while having a sensational first half, went down with a left lower-leg injury. He left the field and went to the X-ray room at Cardinal Stadium, then reappeared after halftime in a walking boot and using crutches. Coach Mike Norvell declined afterward to say what the injury is, only noting that Travis was “unavailable” and will be further examined when the Seminoles return to Tallahassee.

Travis wasn’t the only important Seminole to go down during the 35–31 victory, which got FSU off to its first 3–0 start since 2015. Defensive end Jared Verse, who had three sacks in the Seminoles’ first two games, also went out with an injury in the second quarter and did not return. Later in the game, offensive lineman Robert Scott was injured. Also, starting defensive tackle Fabien Lovett didn’t make the trip due to an injury in the team’s victory over LSU on Sept. 4.

When asked how many players would need to be examined medically, Norvell said, “All of them? It’s a physical game.”

If Travis is unable to go Sept. 24 against Boston College, third-year QB Tate Rodemaker is positioned to make his first start against an FBS opponent. He was the unlikely hero against the Cardinals on Friday, leading three second-half scoring drives and throwing two touchdown passes to 6’7″ wide receiver Johnny Wilson. Rodemaker had not thrown a college touchdown in 37 passes before being pressed into duty against Louisville.

“I knew we could win with Tate,” Norvell said. “He put in the work. He just went in there and responded in the second half.”

Rodemaker’s only previous start was in 2020 against Jacksonville State.